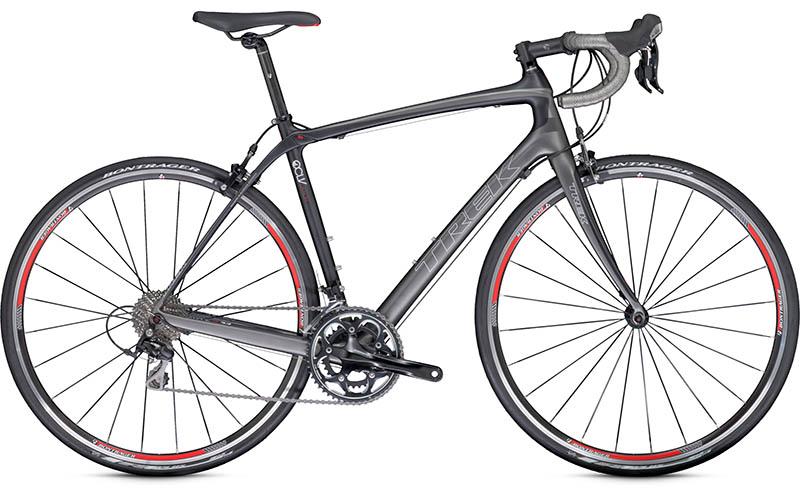 We've teamed up with The Tour Ride at The Cycle Show to bring you the chance to win Trek's new endurance machine machine...
by dave atkinson

This competition has now closed. The winner will be announced shortly.

Looky here! To mark the brand new Tour Ride Cycle Show Sportive – the last event of the 2012 Tour Ride series, which takes place at the end of this month, road.cc has teamed up with The Cycle Show and Trek to offer you the chance to win a Trek Domane 4.3 road bike, worth £1,800!

If you've been living under a rock for the last year you might have missed all the news about the new Trek Domane platform, which was developed with the help of Radioshack-Nissan-Trek's Fabian Cancellara. The bike uses a functional decoupler to isolate the seat tube from the top tube and seatstays, allowing Trek to tune the whole seat tube to give much better compliance. It's clever stuff. 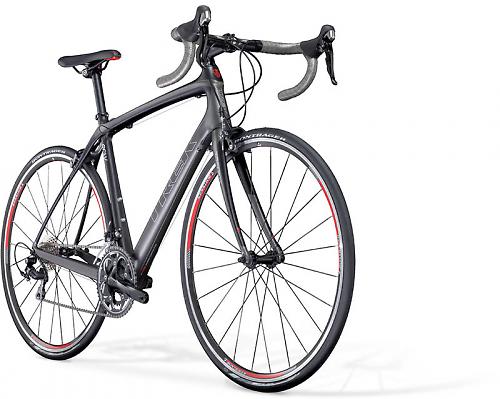 The Domane 4.3 uses Trek's 400 series Domane frame, and you get a Shimano 105 drivetrain and Bontrager finishing kit and wheels. It's a super road bike that would normally set you back £1,800, but one lucky road.cc reader is going to get one for free, thanks to The Tour Ride and The Cycle Show.

If The Tour of Britain has got you itching to get out on the open roads, the Tour Ride Cycle Show Sportive could be just the ticket.

The sportive will start and finish at The NEC as part of the Cycle Show in Birmingham (28-30 September). Sign up and you’ll have a rare opportunity to ride alongside some of the UK’s top road cycling teams, with Team Raleigh - GAC, Rapha Condor, Node4. Cycles Premier and Team UK Youth amongst some of the pro riders confirmed to participate.

It will feature two distances - a 96km challenge and a 150km pro ride on Sunday 30 September and there is still time to sign up.

Your Tour Ride entry gives you free entry to the show when you finish the sportive, plus half price parking at the NEC. You'll also get a voucher for half price entry for two friends that you can use on the door on Sunday. If you’re lucky, you might even bump in to Lizzie Armitstead who will be at the show on Sunday.

There is still time to sign up at www.tourride.co.uk. Entry costs £35 and includes the full Tour of Britain Pro experience, with mechanical support, outriders, chip timing and feed stations with products from Maxifuel, Soreen and Highland Spring, plus a medal and goody bag.

You are coming to The Cycle Show, right? There'll be loads to see for all different types of rider, with lots of big brands, including Trek, showing their wares. There's MTB and road test tracks, a BMX arena, a kids' area, a pump track, Cycling celebs including Jo Rowsell, Ed Clancy, Lizze Armistead, Sarah Storey, Steve Peat... so much to see and do! The Cycle Show 2012 will also see the addition of a new Super Crit 1km circuit race around the NEC on the Saturday evening, offering a fantastic spectacle for ebveryone at the show.

Tickets cost £13 in advance or £16 on the door and kids under 15 are just £1 with a paying adult. But enter RCC into the voucher code box and you'll only pay £11.50. How about that? Get your tickets here!

To enter, just fill in the box below. This competition is open to UK residents only, so apologies if you're somewhere across the water. Entries close on Sunday September 30 and we'll notify the winner on the following Monday. Good luck!