Isaac have launched several new bikes for 2013 including their first aluminium model, the Graviton, and a superlight top-end machine called the Elelment, and they’re giving major upgrades to existing models in the range too.

We’ll start with the Element which comes in right at the top of the Isaac range, taking over from the Proton Flyweight. This bike is made from four different types of carbon (with a maximum tensile strength of 60 tons, according to Isaac). The fork is full carbon too. 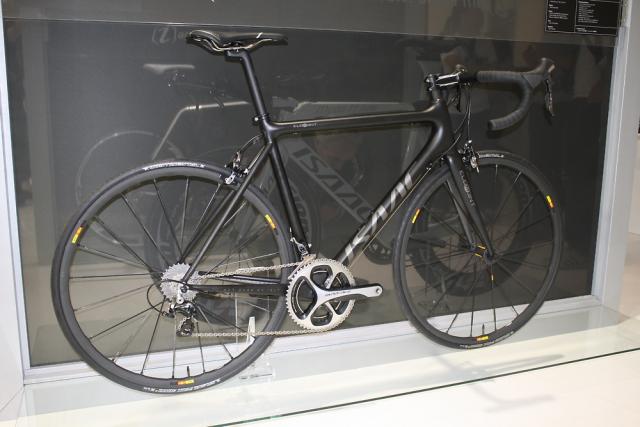 Unlike on their other high-end bikes, Isaac run the cables externally because they say they can make the frame slightly lighter that way. They reckon the frame and fork together weigh less than 1,110g and the complete bike (as shown) is a feathery 6.3kg (13.86lb). 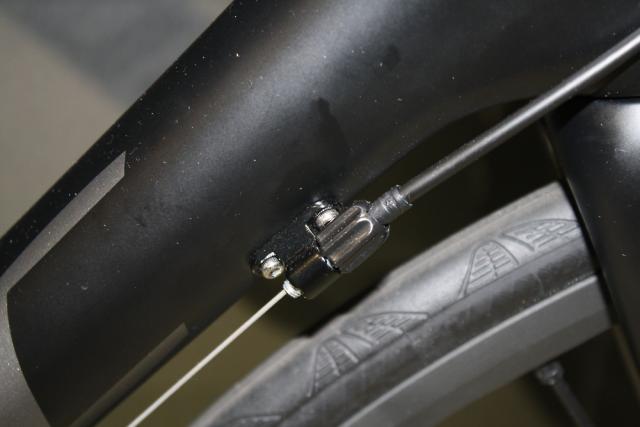 Isaac say they could have gone for an even lighter design but that would have compromised durability. As we often point out, making a light frame is relatively easy – you can just use less material in the tubes – but sooner or later you reach a point where the frame becomes too weak. Isaac reckon the Element is lightweight but still with decent durability.

You’ll be able to buy the frame and fork, together with Isaac’s carbon seatpost, the seat clamp and headset for around £2,880 (all prices given here are subject to confirmation). 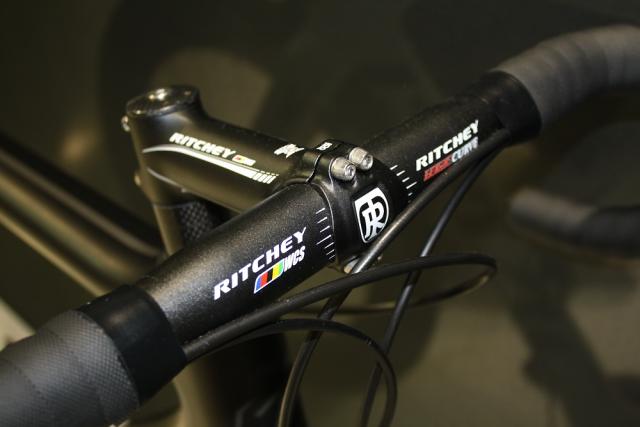 The seatpost is a 27.2mm diameter, by the way, which is what Isaac are using on all their new frames. We’ve got used to seeing oversized seatposts everywhere over the past few years but Isaac have decided that 27.2mm is the way forward for increased comfort.

At the other end of the scale, the Graviton (main pic) is the first aluminium-framed bike in the Isaac lineup, made from what they’re calling Isaac Alu Tech Hydrolight alloy. The welds on the finished version will be invisible, although they weren’t on the pre-production version we saw at Eurobike. 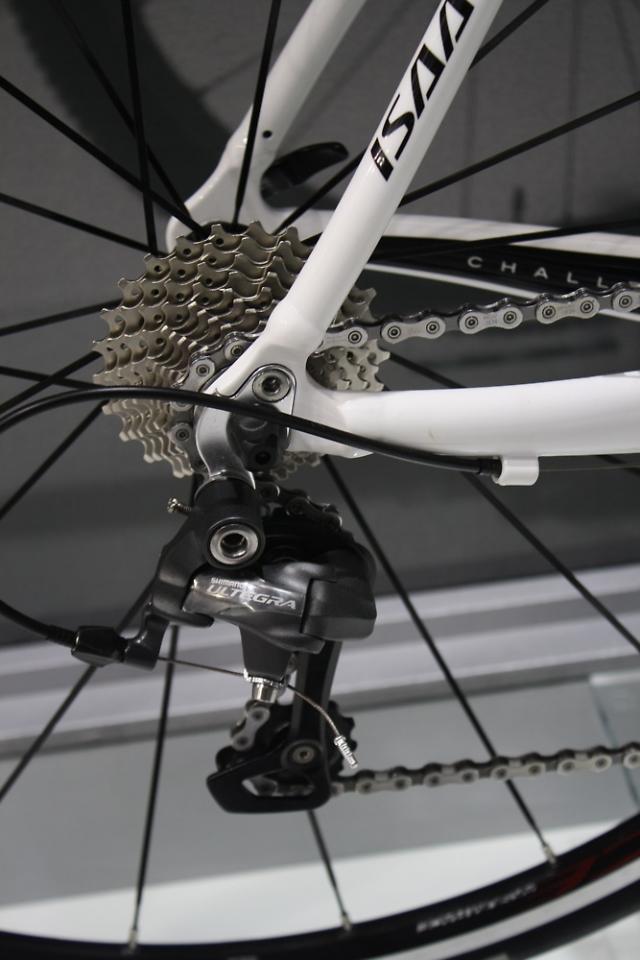 The fork is carbon legged with an alloy steerer, the groupset is full Shimano Ultegra, and the wheels are strong Mavic Aksiums. 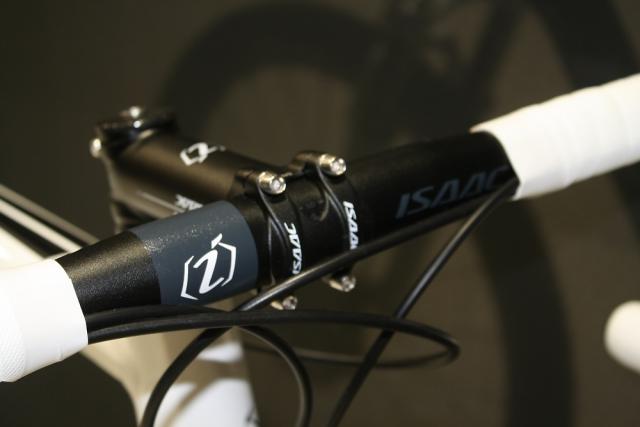 The bar, stem and seatpost are all 7050 alloy although the bar graphics will be a little different from those that you see here. The complete bike will cost around £1,680.

We’ve recently reviewed the Kaon on Road.cc and that remains largely unchanged for 2013, but the new Kaon+ comes in just above it. That’s + as in ‘positive’, by the way, rather than ‘plus’, Isaac taking all their model names from particle physics. 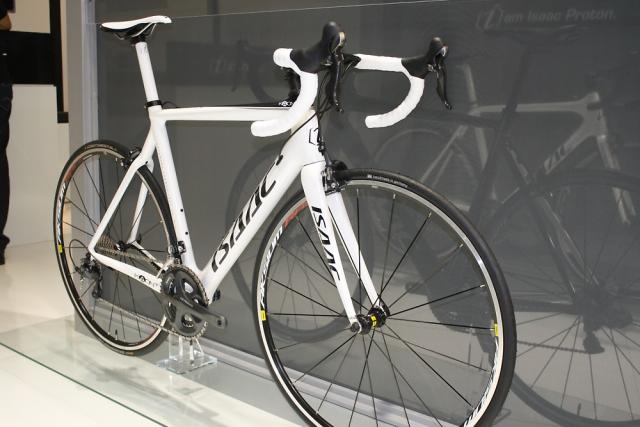 The Kaon+ has a frame that’s lighter and stiffer than that of the Kaon and, unlike the Kaon, it comes with internal cable routing. The build is pretty similar to the Graviton’s: a Shimano Ultegra groupset with Mavic Aksium wheels and a 7050 alloy bar and stem, although the seatpost is carbon here. That lot will cost you around £2,480 but, as with all of Isaac’s carbon-framed bikes, you can go for an a la carte version. This means you can alter the spec (the options are shown on Isaac’s website) and have the price adjusted accordingly. 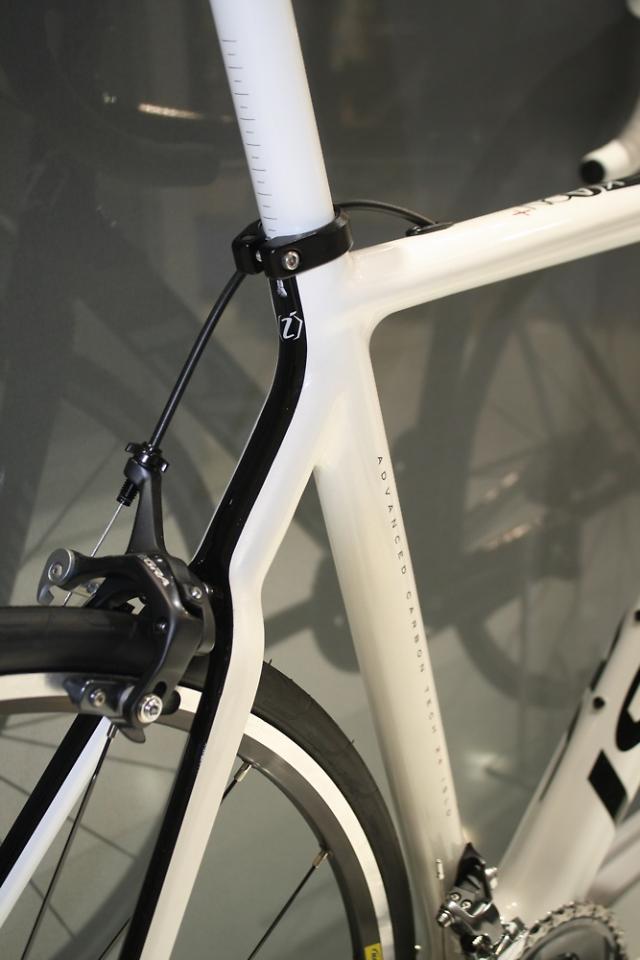 From the Kaon+ upwards, all of the Isaac bikes are available as framekits (frame, fork, seatpost, seat clamp, headset). In this case, it’ll be about £1,480.

Although the Boson existed before, the frame is completely new. It is made from two different types of carbon and, unlike the cheaper models in the Isaac range, it gets a pressfit (BB86) bottom bracket. 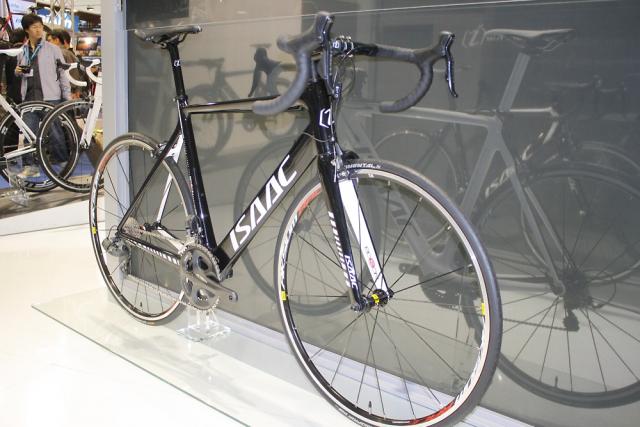 Like the Graviton and the Kaon+, the Boson (about £2,780) comes in a Shimano Ultegra and Mavic Aksium build although the difference here is that you can opt for the electronic Di2 version for an extra £500.

The other new bike in the Isaac range is the Photon time trial/triathlon bike – not to be confused with the Proton which is one of their higher end road bike. That’s just asking for trouble in the orders department, isn’t it? They have a Proton XC mountain bike too. 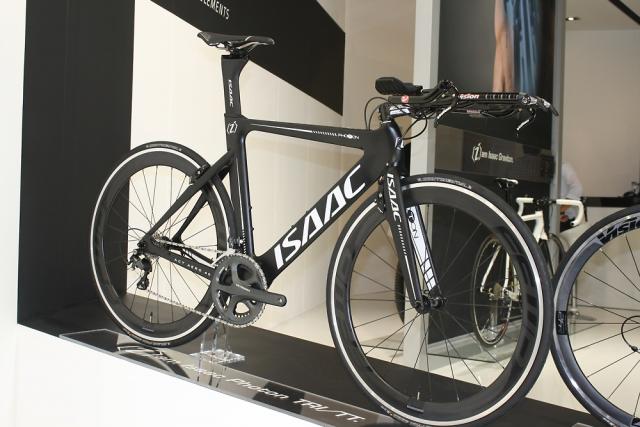 There’s already a TT bike in the range – the Dura-Ace equipped Muon (around £4,880). The Photon is cheaper – around £3,480 – but it still uses aero-shaped tubes and high-quality 40 Ton carbon throughout. The TRP front direct mount brake sits behind the fork legs while the rear brake is sheltered behind the seatstays for improved aerodynamics. 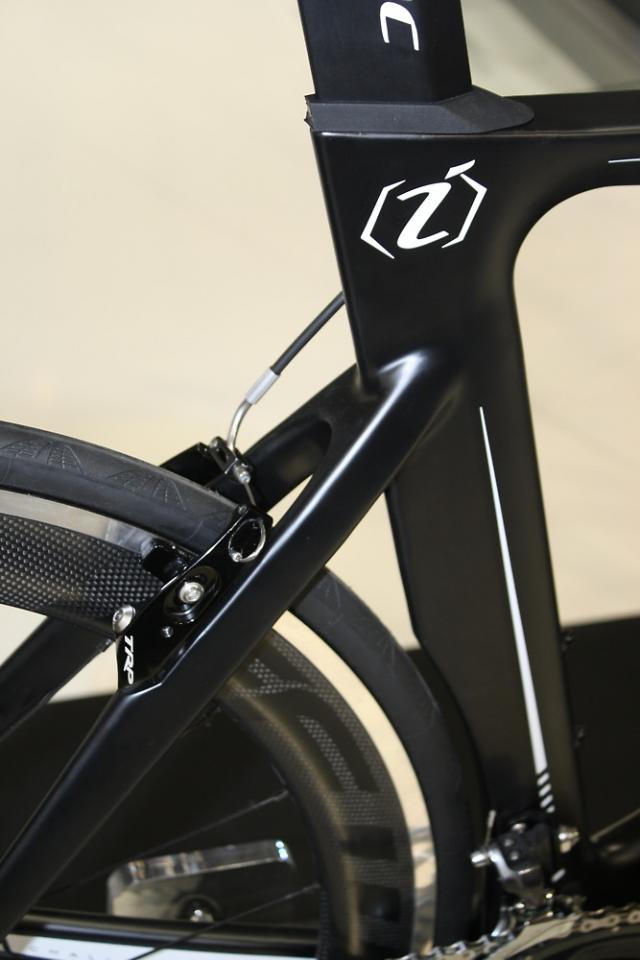 The groupset is Ultegra although Isaac spec relatively cheap wheels – Vision Trimax T30s rather than the Fast Forwards pictured which are available as an upgrade – on the basis that many time triallists and triathletes will want to spec their own anyway.

For details on the entire range head over to www.isaac-cycle.com or their UK importer Jungle Products.

1
Giro d'Italia zip-gate. Hindley and Kelderman struggle with jacket issues on a freezing Stelvio
2
Near Miss of the Day 486: Lorry driver cuts across cyclist at roadworks in "terrifying" overtake
3
Ratio has a nifty way to add an extra shift to your 1x11 SRAM mechanical groupset
4
Chris Froome loses 11 minutes on Vuelta opener as Ineos Grenadiers signal changing of the guard (+ video)
5
Near Miss of the Day 485: “You should know better” – 4x4 driver carrying road bikes makes close pass on cyclist
6
Hunt introduces 42mm deep Limitless gravel wheel with the promise of “maximum aerodynamic benefit”
7
Jail for speeding driver who killed cyclist in Norwich
8
Assos releases 2021 Equipe RS winter range based around a £575 jacket