Olympic Road Race Tech: Six bikes (and their riders) that could win Gold

With all eyes on the Olympic road race this Saturday, we take a look at the bikes
by David Arthur @davearthur

With just a moments pause from the Tour de France it's straight into the London 2012 Olympic road race this weekend.

We were down at Box Hill yesterday and had a snoop around the pit area where the many of the team trucks have set up, having driven over earlier this week, and it set our minds wandering; what bikes will the main contenders for the gold medal be riding.

Here's a look at what they're likely to be riding on Saturday. The favourite to give the UK their first gold medal in the games, but the question on our lips is what will he ride? His team issue Pinarello Dogma? Sources tell us that both Mark Cavendish and Bradley Wiggins have been spotted training on the roads in Surrey this week on bikes that definitely are not from the Italian company.

So, what will he ride then? It looks like he'll ride a bike provided by UK Sport, using a frame made along similar lines to those the track team will race in the velodrome. The frames have been developed by Advanced Composites Group, a leading composite development company based in the UK.

Listed on UK Sports website is the Aero Road/TT Frame, which has the ability to be built into a road going bike or time trial setup. It weighs 1kg, accepts Shimano Di2 routing, is available in six sizes and is claimed to be “the stiffest in the world today.” It wouldn't be a surprise to see Cav riding it then.

While all this complies with the letter of the UCI technical regulations and the UCI are presumably satisfied, proud Brits that we are even we're not sure it's in keeping with the spirit. When the technical regulations were updated in 2010 at the behest, so industry sources told us, of other national cycling federations determined to poke a stick in British Cycling's wheel the idea was supposed to be that only kit that could be bought by any competitor was allowed and you aren't allowed to custom built it for a particular athlete. You can buy Team GB bikes but the UK Sport website talks about very low volumes of production - I bet we could make a guess though and consequent high prices. How high? Too high for you sonny so jog on - it doesn't, but might as well say. 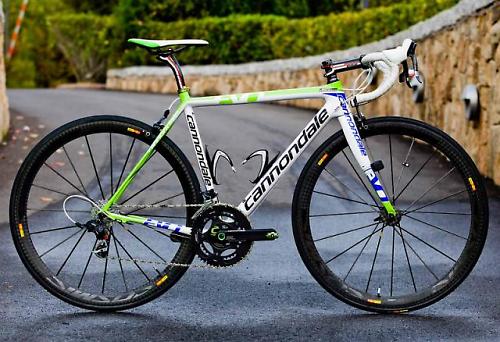 Proving himself a dangerous contender in sprints is this year's sensation, the young Slovak rider Peter Sagan.

He'll be riding the company's Evo, which is one of the lightest production frames in the world. It uses high-modulus carbon fibre to achieve a weight well below 900g, and is packed with the latest technology and some nice touches like the slender seat stays, favoured by a number of the latest generation of high end race machines - the Cervelo R5ca being another,  designed to build in some comfort.

The only question we have is what will his bike look like? Will it be a standard issue Liquigas painted frame or will Cannondale pull out something special, as they did twice during the Tour de France, with the Tourminator and Green Jersey bike? We'll have to wait and find out. 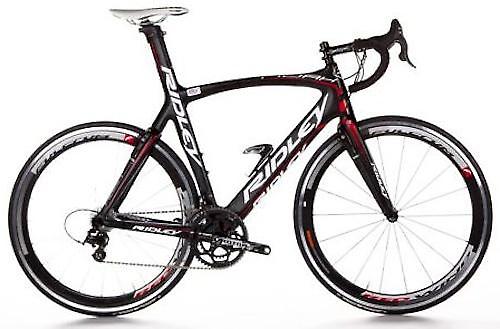 If anyone is poised to pip Cavendish if the race comes down to a sprint, then the German Andre Greipel is the man.

He'll be riding the Ridley Noah Fast. It's the Belgium company's fastest ever road bike - well, you'd hope. To help the bike cut through the air as easily as possible the brakes have been tucked around the back of the fork and integrated in to the seat stays, but the difference with Ridley's approach on the Noah is that they're actually a structural part of the frame.

A unique split fork and seat stay design is claimed to reduce the effect of air on the wheel spokes, reducing less drag by creating a vacuum in this area. F-Surface technology places rubber strips at key points on the frame to manage the air as it flows over, working in the same way as the dimples on a golf ball. 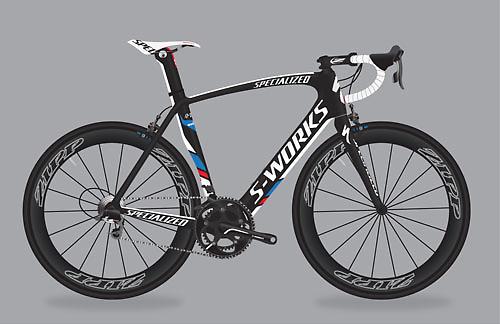 Omega-Pharm - Quickstep's Tom Boonen missed the Tour de France this year to allow him to concentrate on the Olympics, and it's a move that could pay off. The Belgian superstar is, when he's on form, unbeatable in one day races as he showed during the Classics earlier this season, and the road race course could suit his strengths.

What he'll ride is a mystery, as he's been swapping between Specialized's aero Venge, the comfort enhancing Project Black Roubaix and the lightweight Tarmac SL4 through the season. We'd hazard a guess that he'll go for the Venge, its aero shaped tube profiles, for the race. The Venge can save Boonen about 25 watts which over the course of the race could be the difference between winning. 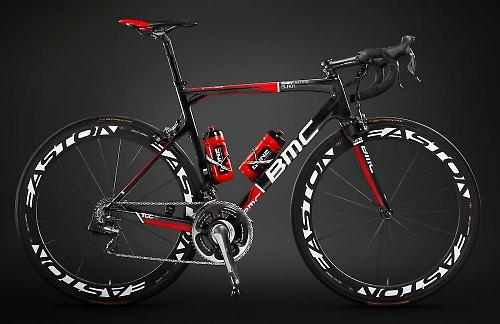 While Gilbert hasn't had the best of seasons, he's a dangerous man to discount. Will he support Tom Boonen if the team has a plan, or will he sieze an opportunity if he gets a sniff of one? You can never discount Phil, the ascent of Box Hill could be just the launchpad that would suit his strengths in a bid for glory.

As for the bike, he could be on BMC's recently introduced aerodynamic road bike, the TimeMachine. It's the company's first bike to bring aero propertis to the road, and it would be a natural choice for the Belgium rider, with its claims of improved speed over their TeamMachine.

However we think he'll be on the BMC TeamMachine, which he raced in the Tour de France. It has the edge on outright weight over the TimeMachine and, with nine loops of Box Hill, he may favour it's better climbing performance. 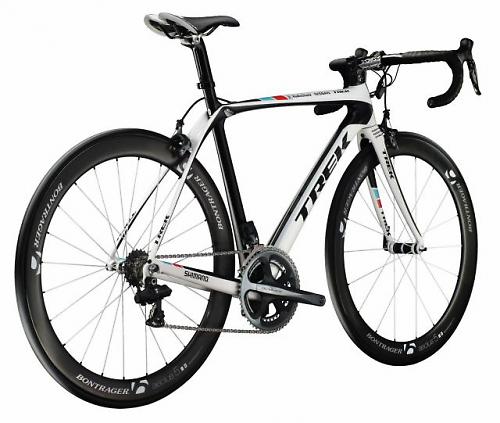 Many are surmising that the road race will come down to a bunch gallop, but if it doesn't, then don't discount the Swiss powerhouse from throwing a spanner in the works for the sprinters. He's won races on similar parcours to the Olympic Road Race, and if things pan out well, the sight of Spartacus powering down the Mall on his own would be an iconic image. Indeed even if it does come down to a sprint Cancellara could be there as he was at the Worlds - he might not win of course, but he could well be in the mix.

Fabian has been riding Trek's new Domane, an all-new platform for the US company - since its launch it's been his bike of choice. The bikes unique IsoSpeed technology, which isolates the seat post from the top tube and stays so that it can flex independently. It could be a blessing on the rough road surfaces of most of the road race course.

More info on the Domane here.