In our latest Tour Tech, where we sniff out the latest products from the 2012 Tour de France, we're taking a look at wheels. One of the most important components on a bike, wheels can make a huge difference whether sprinting for the line or racing to the summit finish. 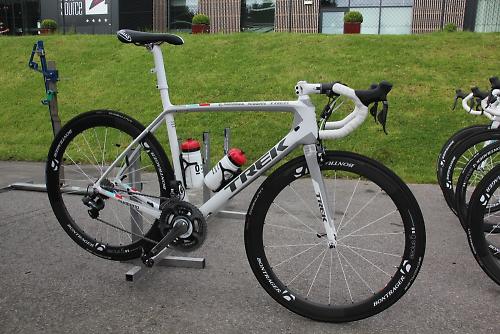 Radioshack-Nissan-Trek are riding the latest Bontrager Aeolus 5 D3 wheels, seen here on Trek's all-new Madone 7. It's a carbon clincher using the firms latest aerodynamic rim profile, with a blunt edge and 27mm widest point. We're seeing the trend for deep-section aero wheels to lean towards this sort of design, as it reckoned by wind tunnel testing to be faster and more stable in a wide range of sidewinds (yaw angles). The team will have a range of Aeolus wheels at their disposal, since it's available in 35m 50m 70 and 90mm depth. The 50mm seems a popular choice. For tyres Schwalbe Ultremo's are being used. 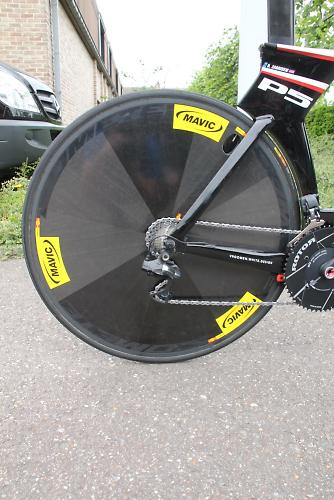 There's a lot of time trial racing in this edition of the Tour and so we're seeing plenty of use for the specific components designed for the race against the clock. Carbon discs are a standard choice, mostly, and Mavic's Comete is a common sight. The French wheel company use a lenticular flange to create negative drag which in certain wind conditions are claimed to increase speed, while the high-modulus carbon layup keeps them light for fast acceleration. 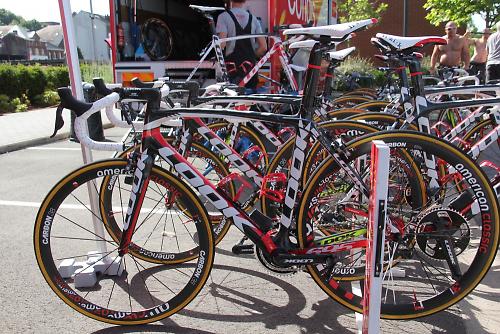 We can't recall seeing American Classic in the Tour de France before, so it marks a bit step forward for the company. The move will ensure some serious exposure for their products around the world. 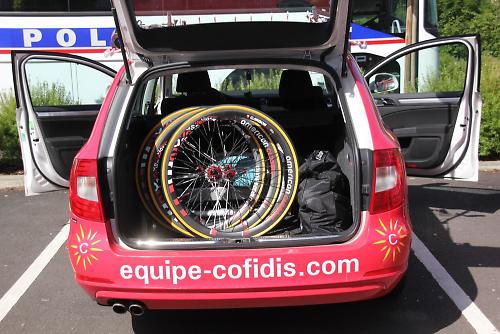 There's always more spare wheels kicking about than you can throw a spoke tool at, and here the Cofidis team have loaded the boot of the team car with some. 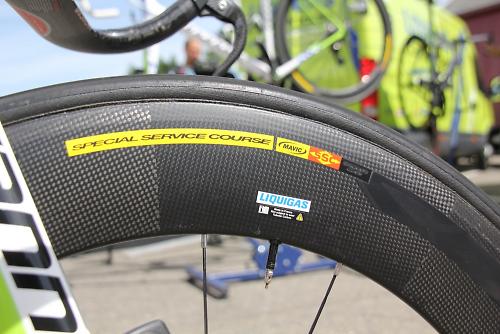 Liquigas-Cannondale were riding Mavic Cosmic Carbon 80 front wheels, though the model sticker has been scribbled out with a pen... 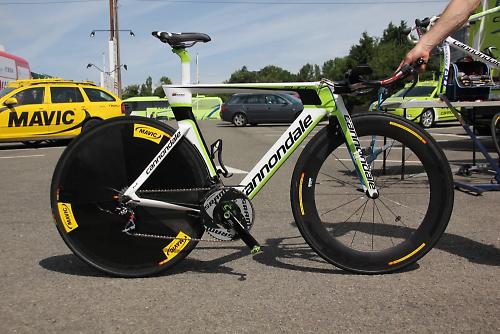 Here's the Cannondale Slice RS in question, with the Mavic Comete rear disc. As wheel combinations go, they don't get much faster than this. Rabobank are still supplied by Shimano for wheels and many of the team are rolling on the new Dura-Ace C35, a shallow section carbon fibre tubular wheelset. 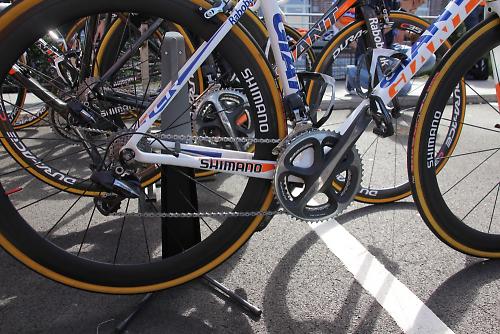 Rabobank team bikes are usually a good place to look for prototype Shimano components, as the component manufacturer often gets the team to test new stuff. These Shimano carbon wheels lack any labels so we imagine they must be a new development be interesting to know if Rabobank actually ran these in the race, in theory prototypes aren't allowed, but teams often have them around at big races as training equipment and we presume to give the commissaires a fit of the vapours now and again. It's also got to be said that prototype wheels did make it on to bikes in the race last year, albeit briefly. This Wilier is setuphere  with Fulcrum Racing Zero clincher wheels fitted with Vittoria Open Corsa tyres. The shallow box section looks odd in a sea of deep section carbon wheels, but at 1,430g they're a light wheelset. These are Lampre's training wheels the team mechanic told us "aluminium for training, carbon for racing". 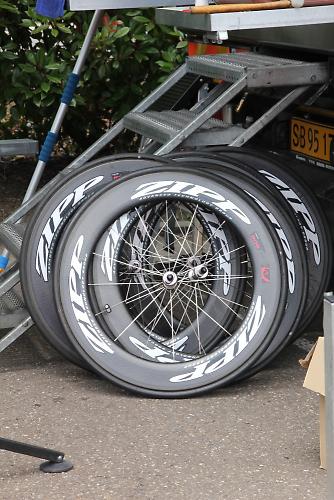 For regular stages Team Sky's Pinarello Dogma's, this one belonging to world champ Mark Cavendish, are fitted with Shimano Dura-Ace C50 wheels. They're a carbon tubular with a 50mm rim height. Cavendish is riding Di2 but notice the previous generation cranks – that's because the SRM isn't compatible with the new Dura-Ace chainset yet. 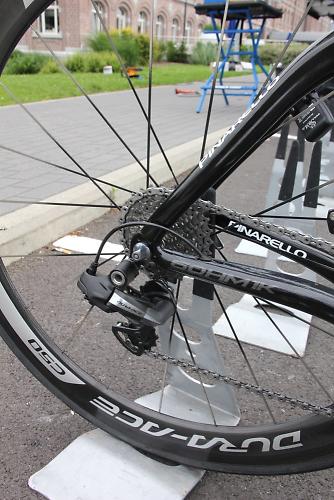 The C50 wheels use bladed spokes for every little aero advantage. 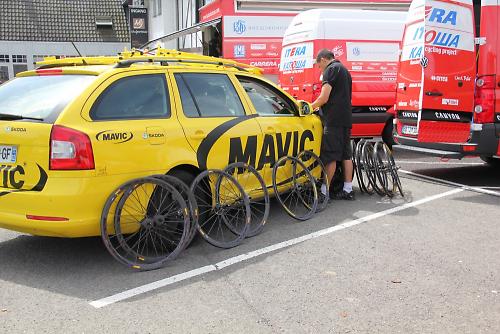 Mavic continue to offer the crucial neutruel service role, and the bright yellow cars loaded with various wheel options (covering SRAM, Shimano and Campagnolo options) will be easy to spot if a rider punctures and there's no sign of their team car. Pinarello Graal time trial bikes, fitted with some unstickered wheels. The rear wheel has a similar profile to a HED Jet Disc, which uses a toroidal bulge near the rim with a transition leading to the hub to reduce drag. 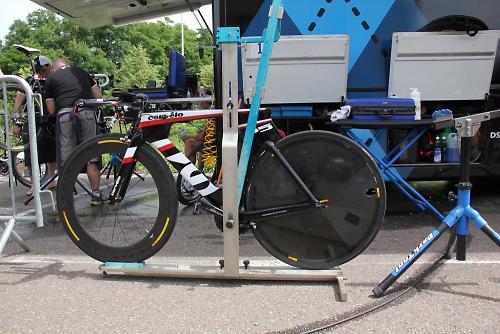 Cervelo also have a deal with Mavic, and the P5 is seen here with Mavic wheels.