Details are starting to trickle in about the bikes that you’ll be able to see if you head down to the free Surrey Hills Road Race Festival over the Olympic road race weekend.

The Expo features some of cycling’s biggest names. The latest models from brands like Trek, Colnago, Cannondale, Canyon Merida, Wilier and Whyte will all be there. 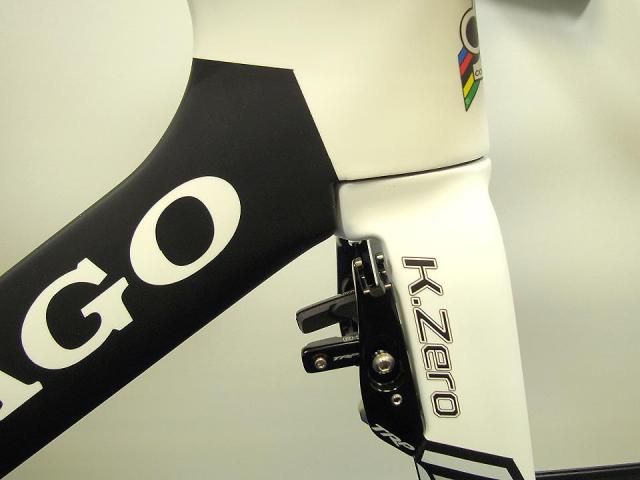 The guys from Colnago’s UK distributor, Windwave, will be taking along the K Zero time trial bike, for example. It’s a bike that Colnago announced earlier in the year and we saw for the first time back at the Taipei show in March. 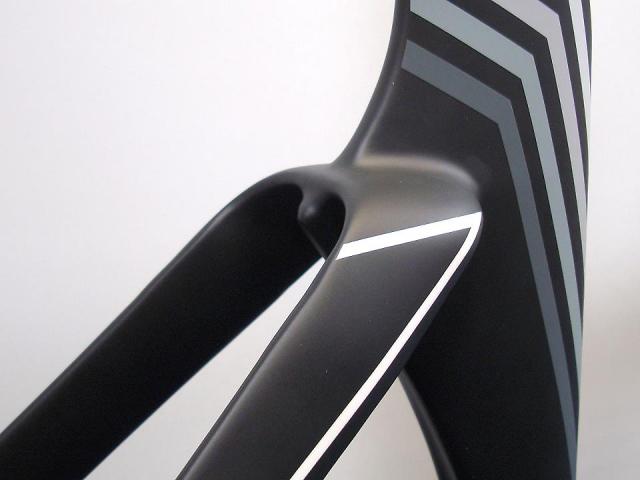 The handlebar and stem is one integrated design and the front brakes are incorporated almost seamlessly behind the fork legs. All of the tubes are aerodynamically profiled, of course, and the cables run internally. We won’t go into all the details here – check out our previous stories for that – but it’s a beautiful looking piece of work. 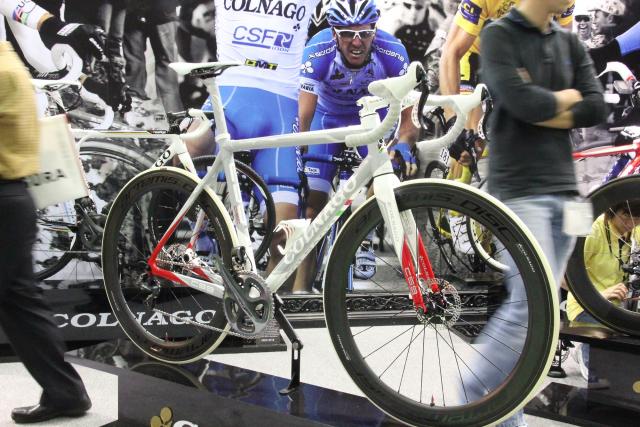 We’re hoping that Windwave might be able to bring along a C59 Disc road bike too. We’ve heard a whisper but it’s not confirmed. This is undoubtedly one of the most interesting bikes of the year in that it’s a top-level carbon-fibre road machine that’s adapted to take disc brakes – so the chainstays have a larger cross sectional area than normal to boost stiffness and the fork has been redesigned. Fingers crossed that it makes an appearance.

If handmade bikes are your thing, there will be bikes from Paulus Quiros, Ricky Feather, Ted James, Slate Cycles, Just Riding Along and Simple Cycles.

The SRAM Tech Van will be on site too, and you’ll have the opportunity to buy jerseys from the summer collection of Italy’s Santini – because it’s bound to be baking hot by then, surely. Santini will have replica gear from their UCI World Champs and pro teams too: Katusha, Orica-GreenEdge and Vacansoleil. Plus, Surrey’s own bike dealers East Street Cycles will be exhibiting.

The very latest news is that Continental will be at the Festival with their range of tyres too, as will Powerbar with their nutritional products.

The Surrey Hills Road Race Festival is a free event for anyone heading to the area around Box Hill – which the men’s race passes nine times. The race route is right outside the Festival and you won’t miss any of the action from the rest of the circuit thanks to the big BBC screen in the Festival grounds.

The Surrey Hills Road Race Festival will take place at Denbies Vineyard on the A24 just outside Dorking, Surrey. It’s a 5-minute walk from Dorking mainline and Deepdene stations. The A24 will be closed to motor traffic on Saturday and Sunday but you’ll be able to walk and cycle to the festival and there’s secure bike parking on site.

For all the information you need head along to the Festival website.