That man Fabian Cancellara has done it yet again in a race against the clock, winning the Tour Prologue on a Trek Speed Concept. Here’s the bike. We shot it on Thursday morning as the Team RadioShack Nissan Trek mechanics assembled it ready for the Grand Départ in Liège.

We reviewed a top-end carbon Speed Concept on Road.cc last year. One of the main design features is Trek’s Kammtail Virtual Foil (KVF) tube profile which is essentially a 5:1 airfoil shape with the tail cut off to bring it within the UCI’s equipment rules, reduce weight and improve handling. The way Trek describe it, the shape tricks the air into thinking that the trailing edge is still there. It’s a concept they’ve now transferred over onto their brand new Madone road bike range too.

The carbon fork uses the same KVF shaping and the front brake is integrated in there for the minimum of drag. 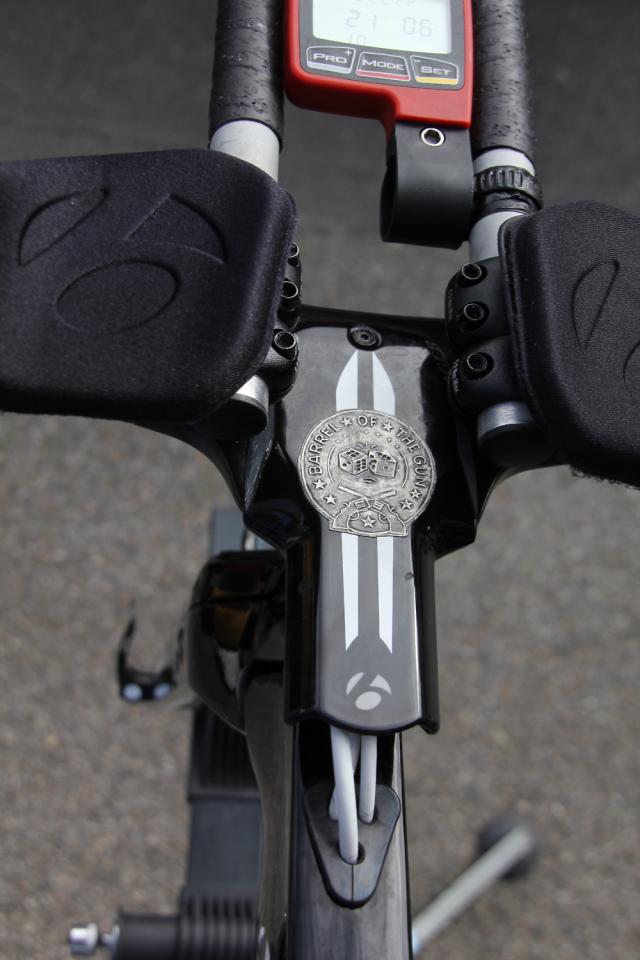 The Bontrager stem is designed specifically to work with the Speed Concept, the cables travelling internally before exiting for just a couple of centimetres and then heading back through the frame.

That little decal on the top of the stem is Cancellara’s own symbol. It features crossed pistols, the words “Barrel of the Gun” and dice showing the number seven, which he considers to be his lucky number. 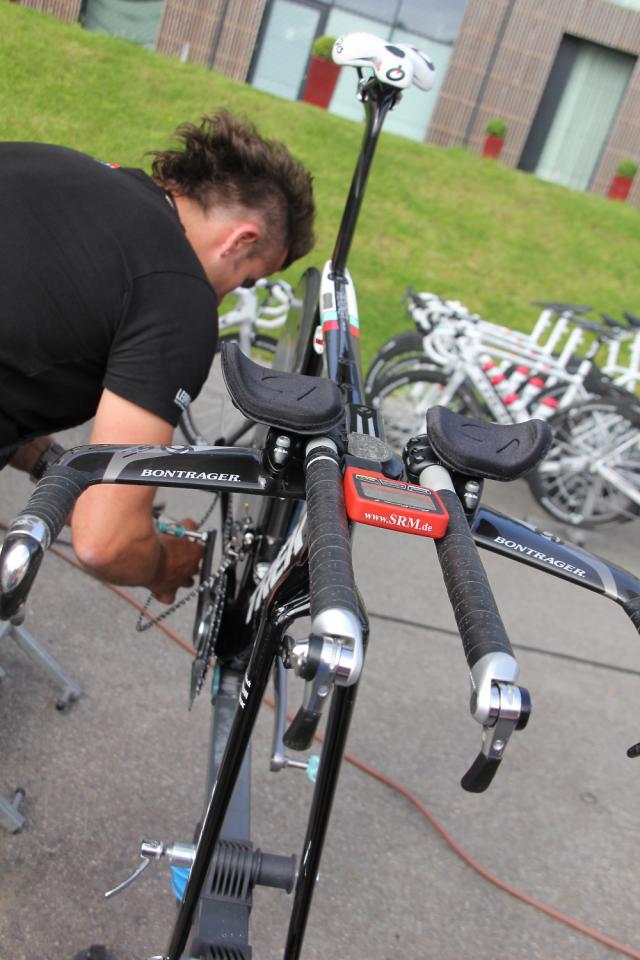 Team RadioShack Nissan Trek use Shimano components, Spartacus opting for mechanical Dura-Ace rather than Di2 with that bar end shifter design that looks so old these days that it’s almost creaking. He uses dead straight extensions on his aero bars and, like the rest of the team, Speedplay pedals. 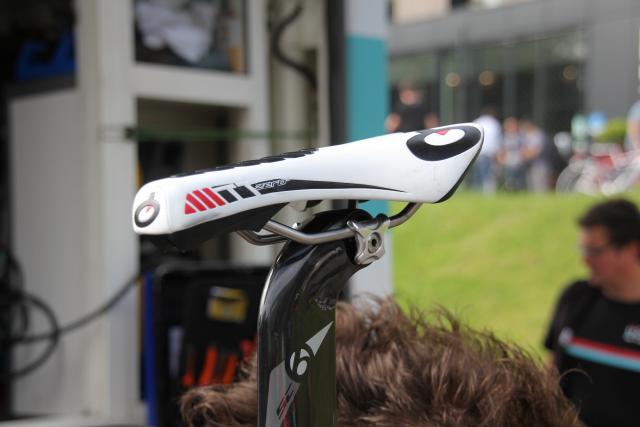 Cancellara uses an SRM system to measure power – by far the most popular system used by the pro racers – and that saddle is a Prologo Zero TT with a short nose that allows riders to easily comply with UCI regulations on saddle position. The tip of the saddle must be 5cm behind the bottom bracket. 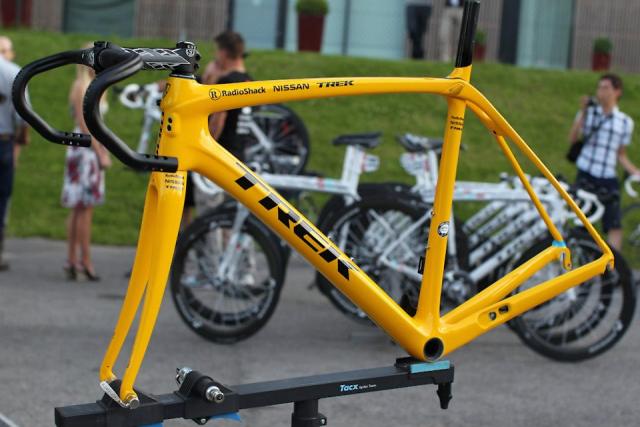 After a good day's work on his Speed Concept today, Spartacus will be riding his road bike - not the new Madone 7 Series ridden by the rest of the Radioshack Nissan Trek team but a top end Domane - Trek's performance machine with some extra cush for rough roads, which is now his bike of choice for everything. Oh, and of course for today's stage (and possibly for a few more too) he'll be riding a special yellow one. Check out the full set of pics of it being built up here.