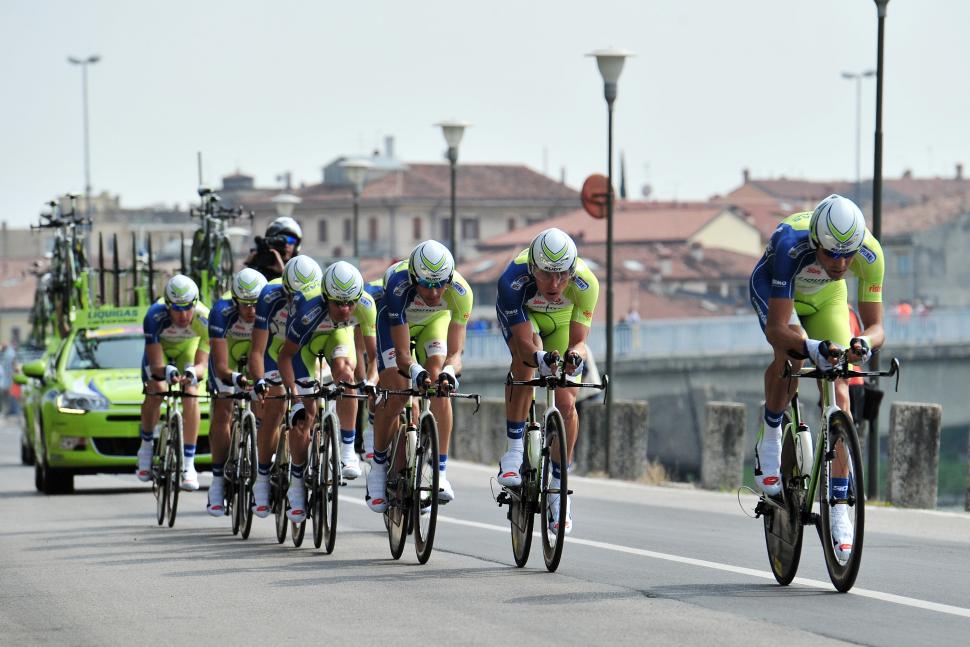 Liquigas-Cannondale and Saxo Bank are reportedly considering merging to merge for the 2013 season, according to La Gazzetta dello Sport, with the aim of creating a super team led by former Discovery Channel team mates Alberto Contador and Ivan Basso that will aim to become the world’s number one team.

The Italian sports daily says that nothing had been set in stone yet, but if Liquigas’s management team have not been able to find a replacement sponsor by August for the Italian gas company, which is not renewing its backing beyond the end of the season, then a merger similar to that of RadioShack and Leopard Trek, or Garmin and Cervelo TestTeam, is on the cards.

The news comes as the Liquigas-Cannondale management team of Roberto Amadio and Paolo Zani prepare to wave goodbye not only to their headline sponsor but also a number of the outfit’s leading riders.

Vincenzo Nibali, winner of Tirreno Adriatico in March and second in Liège–Bastogne–Liège and third in Milan-San Remo, is reportedly set to join Astana on a contract worth €2.8 million a year. Alessandro Vanotti and Valerio Agnoli are likely to go with him.

Sylwester Szmyd and Daniel Oss, meanwhile, are said to be heading to BMC Racing. Eros Capecchi is apparently keen to stay, although there is  question mark over whether the team can match his contractual demands.

Definitely staying, however, accordig to the newspapr are Basso, Peter Sagan - although he has been the target of interest from other teams - Elia Viviani and Damiano Caruso, among others, and there are also hopes that Roman Kreuziger, who left at the end of the 2010 season for Astana, may make the return journey.

As for Saxo Bank, the Gazzetta reports that Contador is likely to rejoin Bjarne Riis’s outfit when his ban ends on 6 August.

The Spaniard is said to feel a moral obligation towards the Dane, who stood by him throughout the year and a half between his positive test for clenbuterol on the 2010 Tour de France being disclosed, and the Court of Arbitration for Sport banning him for two years, most of that applied retroactively, earlier this year.

Contador is also reported to admire Riis’s qualities as a team manager, and has is even said to be moving to Lugano in Switzerland, where Riis has lived for a number of years.

While the newspaper points out that there would need to be some compromise between the two teams’ styles to achieve a successful merger, it adds that Basso and Contador have a strong mutual respect that took root when they rode together at Discovery prior to Basso being banned as a result of links to Operacion Puerto, and that they have on occasion informally discussed the opportunity of riding together since then.