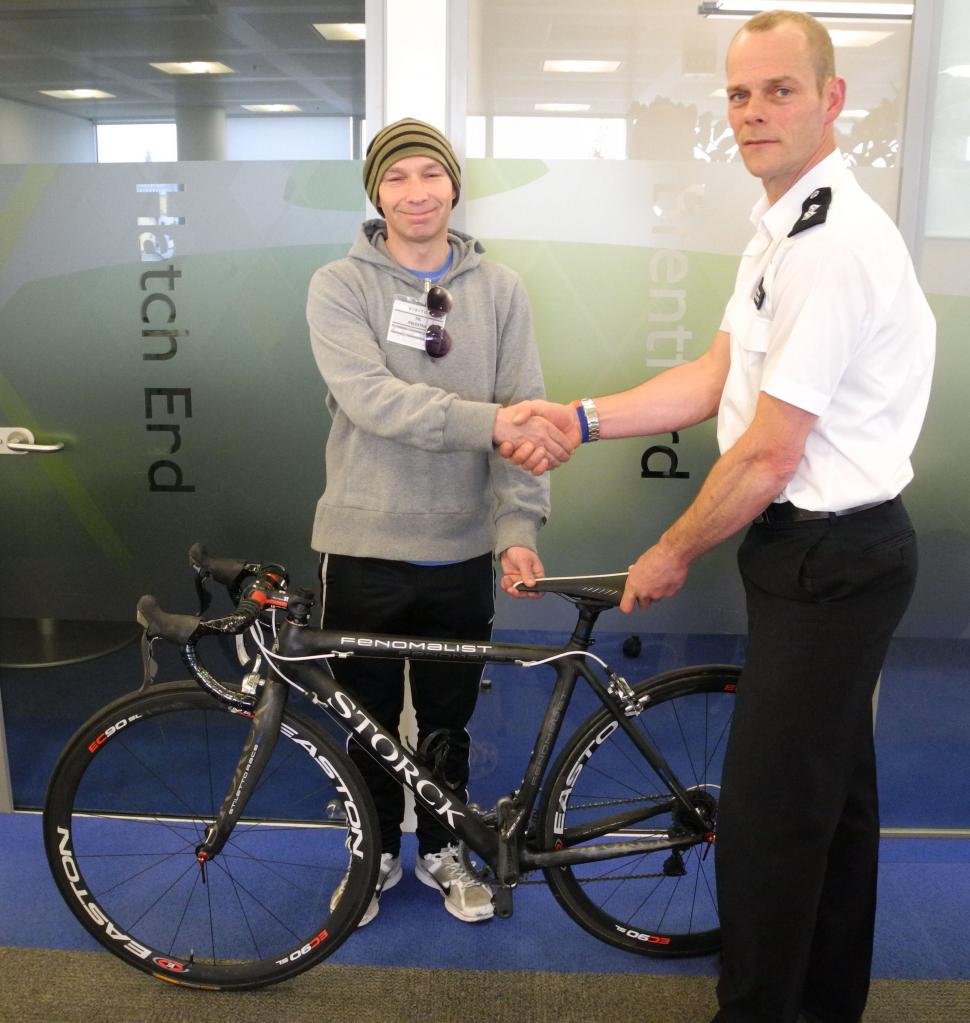 Met's Cycle Task Force help rising star shine over 10 miles by getting his bike back...
by Tony Farrelly

Yesterday we reported on the sad story of a Cheltenham family who had £20,000 worth of bicycles stolen at the weekend - today we're able to report the rather happier tale of teenage cyclist George Mew Jensen who was last week reunited with his £3,000 Storck Fenomanalist in time for him to win his age group for the 10 mile time trial at the RTTC National Champs on Sunday.

George who is a dedicated and successful junior racer was able to buy the Fenomanalist frame with a grant from Tower Hamlets council on his 13th birthday – he had spent two years saving the pocket money and prize money needed for the kit to build it up.

Disaster struck for George on 5th of May when his bike was stolen from the Redbridge Cycling Centre at Hog Hill - despite a poster and media appeal by his family the bike appeared to be gone.

George's luck turned when Essex police, acting on information from the Met's Cycle Task Force, seized a van seen leaving Hog Hill with George's bike in the back. They didn't get the bike, but a few days later acting on further information officers from the Cycle Task Force seized another van in Islington which did contain the stolen machine.

George was reunited with his bike on Thursday. Commenting on the outcome of the case, Chief Superintendent Sultan Taylor, Safer Transport Command, said: "The Cycle Task Force is dedicated to tackling cycle theft across London and we are delighted to be able to return Georg's bike back, especially in time for his important competition on Sunday.  "Bike thieves should be aware that we will use the full powers of the law and range of tactics to track them down and bring them before the courts."

And not only was the bike's return good news for George as a result of his family's efforts BBC radio presenter Robert Elms and Gary Kemp of Spandau Ballet had heard about his plight and raised £700 towards buying George a replacement bike - that money will now go to improving cycle security at Hog Hill.