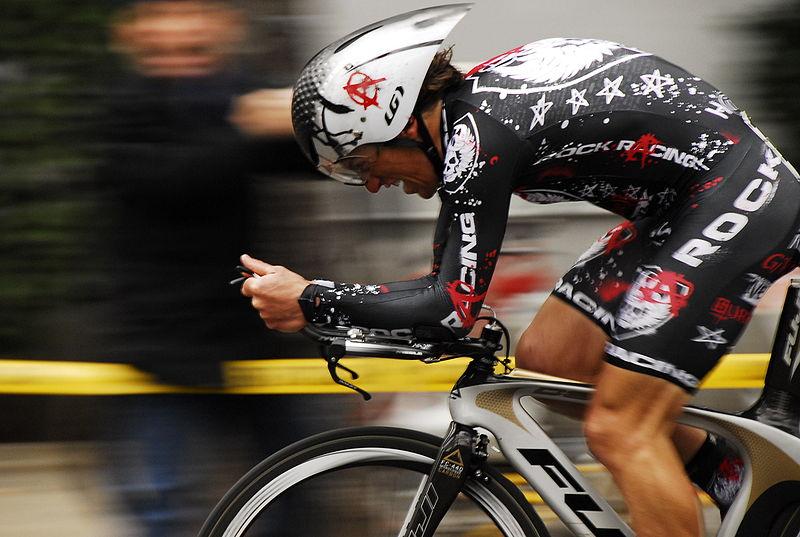 Drugs were for depression, not performance, says Olympic star
by Tom Henry

The lawyer for Olympic gold medal cyclist Tyler Hamilton has condemned a World Anti-Doping Agency (WADA) appeal to ban him for life for doping as ‘vindictive, personal and ruthless.’

Attorney Chris Manderson made the comments after he learned that WADA had challenged a previous agreement between Hamilton and the US Anti-Doping Agency (USADA) to impose an eight-year ban, effectively forcing the 38-year-old into retirement.

Hamilton admitted taking a steroid in an herbal remedy for depression. It was his second doping offence, which usually triggers a lifetime ban.

The Court of Arbitration for Sport (CAS) said that WADA had challenged the American ruling.

"WADA requests that the resolution signed June 11 be set aside and that a lifetime period of ineligibility be imposed on Hamilton," the court was told.

In a statement, lawyer Manderson said this: "Tyler Hamilton took Mitamins, an herbal anti-depressant, in a moment of crisis while out of competition, with no intention or possibility of enhancing his cycling performance. Despite that, the rules do not distinguish between an intentional doping violation and Tyler's attempt to self medicate for depression.

“Based on their protocol, USADA imposed the minimum eight-year penalty in this situation, which was within the acceptable range of sanctions established by the World Anti-Doping Code, and we accepted that so Tyler could focus on his health and his future.

“Now, contrary to Tyler's settlement with USADA, WADA is pursuing a lifetime ban as if Tyler's self-medication for depression had been an intentional violation to boost performance. There is no reasonable basis to have the maximum penalty imposed upon Tyler Hamilton for taking an herbal anti-depressant that happened to contain DHEA.

“Tyler has been diagnosed with and is battling clinical depression, an illness which many people suffer from, and which took the life of his grandmother and has afflicted his mother and sister.

“WADA’s insistence on a lifetime ban against Tyler is a vindictive, personal and ruthless attempt to destroy a man who suffers from a serious illness, has ended his career, and has already accepted the penalty imposed upon him."

Hamilton has said he would retire from cycling rather than fight the case. A CAS ruling on WADA's appeal is expected within four months.

He previously served a two-year ban for blood doping, which ended in 2007, after being caught within months of becoming the Olympic time trial champion.

That gold-medal performance at the 2004 Athens Games also was clouded by suspicions of blood doping, but problems at the laboratory meant his backup 'B' sample could not be tested.

Hamilton returned to professional cycling after his first ban with the U.S.-based Rock Racing team. He was national road race champion last year.