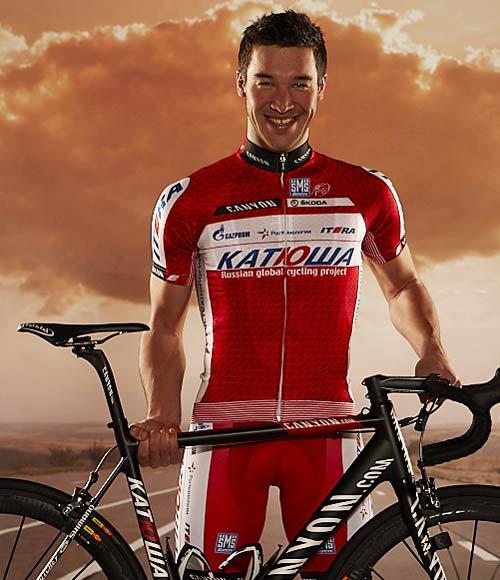 in a statement, the UCI said: "The decision to provisionally suspend this rider was made in response to a report from the WADA accredited laboratory in Cologne indicating an Adverse Analytical Finding of EPO in a urine sample collected from him in an out of competition test on 22 March 2012.

"The provisional suspension of Mr Galimzyanov remains in force until a hearing panel convened by the Russian Cycling Federation determines whether he has committed an anti-doping rule violation under Article 21 of the UCI Anti-Doping Rules." it continued.

"Mr Galimzyanov has the right to request and attend the analysis of his B sample" the UCI added.

Aged 25, Galimzyanov turned professional with Katusha in 2009, having spent the provious year with its Katusha Continental under-23 team, and his profile has steadily been rising since then.

Last year, the Russian finished second to Mark Cavendish in the Scheldeprijs, and secured victories in Paris-Brussels as well as stage victories in the Tour of Luxembourg, the Tour of Beijing and the Three Days of De Panne, also taking the points classification in the latter race.

His sole victory to date in 2012 came in the opening stage of the Circuit de la Sarthe earlier this month. He is currently recovering from injuries received in a crash towards the end of the following day's stage.

Galizmyanov is the second high-profile Katusha rider to have failed a doping control inside the last year. World championship and Olympic road race medallist Alexander Kolobnev was sacked by the team last summer after testing positive for hydrochlorothiazide during last July's Tour de France.

The Russian cycling federation fined the rider but did not impose a ban on him, accepting his excuse that the substance, which can be used as a masking agent for EPO, was contained in an over-the-counter medicine available in Russia that his doctor there had recommended him to use.

The UCI appealed that decision to the Court fo Arbitration for Sport but was unsuccessful, and last month Katusha confiirmed that it had agreed a new contract with Kolobnev.

1
Near Miss of the Day 454: Driver tries to overtake on blind corner, thinks better of it
2
Breaking News: 2020 UCI Road World Championships cancelled
3
Near Miss of the Day 451: Driver flirts with head-on collision to get to red light slightly sooner
4
Fabio Jakobsen out of coma as team mulls legal action against Dylan Groenewegen
5
Noel Gallagher says the only downside of cycling is "the f***ing helmet"
6
Had your bike nicked? £30k of stolen bikes recovered in Hackney
7
Cyclist convicted of causing bodily harm by wanton or furious driving after fatal collision with pedestrian
8
Simon Cowell breaks back in electric bike fall