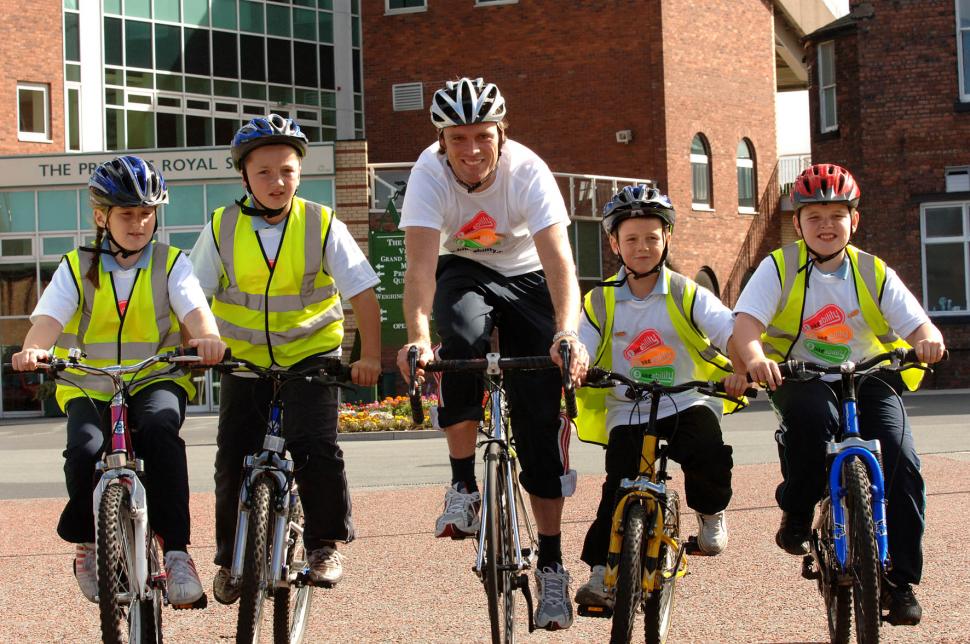 Transport Minister Norman Baker has today announced a total of £35 million of funding for Bikeability cycle training in schools throughout England over the next three years.

A total of £11 million in grants has been provided to local authorities and schools for 2012/13, which Mr Baker says will enable more than 300,000 schoolchildren to benefit from training under the scheme, described as ‘cycling proficiency for the 21st century.’

The Department for Transport (DfT) will provide a further £24 million in funding over the following two years, including £2 million to support a planned expansion of the scheme, while between 2012/13 and 2014/15, an additional £11.5 million is expected to benefit the initiative in the form of local contributions.

“Cycling brings many benefits, and as a government we are keen to encourage its uptake as a healthy and sustainable transport choice, which eases congestion and helps cut carbon,” said Mr Baker, who shortly after the Coalition Government had been formed in 2010 moved quickly to provide assurances over the future of Bikeability.

“It is vital that the next generation of cyclists is well prepared with the skills and confidence to ride safely and well on modern roads and this funding ensures that many more thousands of children will receive the solid grounding to set them up as lifelong cyclists,” he added.

The DfT has also published a report that analyses the number of children riding their bikes to school since Bikeability was introduced by it via Cycling England – abolished by the Coalition Governmet last year – in 2006/07. A copy of the report is attached at the end of this article.

In the introduction to the report, the DfT points out that the intention is “to provide insight into the potential impacts Bikeability cycle training may have had at a local level based on observed correlations between data sets.

“However,” it adds, “with the existing data, it is not possible to present in a statistically meaningful way the impact of Bikeability cycle training on levels of cycling to school due to the absence of a meaningful comparison group.”

The East of England and the South East emerge as the regions with the highest modal share of pupils cycling to school, at 3.6 per cent and 3.2 per cent respectively; London, at 1 per cent, has the lowest, followed by the North West and Yorkshire and the Humber, both at 1.2 per cent, and the North East, at 1.3 per cent.

It’s impossible to say how much those levels of cycling may have been ifluenced by the introduction of Bikeability, but there are some regional differences in trends observed; since 2006/07, for example, the modal share in the North East has actually fallen from 1.8 per cent, while in Yorkshire and the Humber it has risen by 0.3 per cent.

The report includes a case study of the key correlations between levels of cycling, as established by the school census, and delivery of Bikeability in schools in Hertfordshire, although again it is at pains to point out that the data “should not be taken as indicative of any underlying causation.”

According to the DfT, the report highlights that “where there is a longer history of delivering cycle training, a higher proportion of children are cycling to secondary school.

“Further, those authorities that have received higher levels of Bikeability funding have seen larger increases in cycling to secondary school,” it adds.

Full breakdowns of Bikeability funding for 2012/13, split by local authority and school, can be found here.