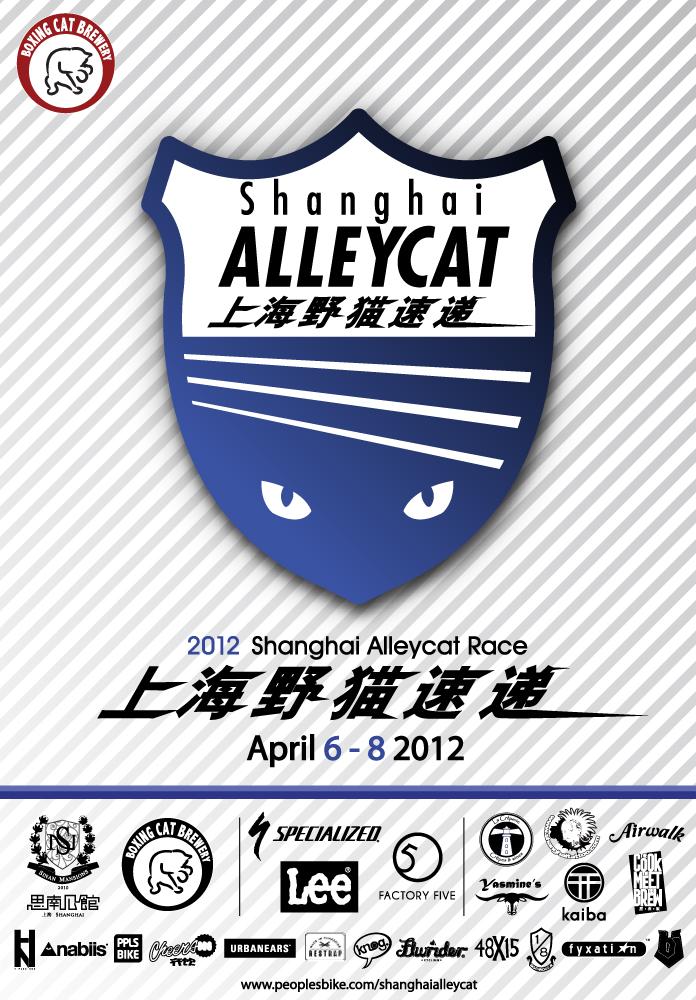 Cyclists from around China and rest of the world drawn to country's biggest city for event...
by Simon_MacMichael

Up to 600 cyclists are this week expected to descend on China’s largest city for the biggest edition yet of the Shanghai Alleycat, which attracted 300 riders when it was last held in October 2010. The race forms the centerpiece of a weekend of events running from Friday to Sunday.

The event is being organised by a trio of expatriates – a Canadian, Tyler Bowa, an American, Jeff Liu, and Drew Bates from the UK – who also run the bike shop Factory 5, Shanghai’s first devoted to all things fixed gear and single speed.

Cyclists from around the world will be arriving in the city to take part in Saturday’s race, as well as many from all over China, which is now home to a burgeoning fixie scene in its urban centres, as well as Shanghai itself.

"It isn't just this one event," Bates told the website, Shanghai Daily. “It's part of a story - the re-emergence of cycling in a city.

“Shanghai has lagged behind the rest of the world, and now it's really beginning to take off."

The various events of the weekend are sponsored by a host of brands, ranging from international ones such as Specialized and Lee Jeans, to local ones including Shanghai Tattoo and another expat-founded business in Shanghai, microbrewery and restaurant Boxing Cat Brewery.

Participants will include two-time North American Cycle Courier Champion Austin Horse, sponsored, like Scotland’s Danny MacAskill, by Red Bull – the pair both worked on the New York City-set bike courier film Premium Rush, due to hit the screen this August.

“I love checking out different cities and riding in them," revealed Horse, who added that despite never having been to China, he isn’t deterred by the prospect of mixing it with Shanghai’s traffic.

"The No. 1 thing you learn to do, working on a bike, is to anticipate traffic movements," he explained. "I think that drivers' interpretations of traffic laws are more fluid in New York City than other US cities, so I'm hoping I'll feel comfortable in Shanghai traffic."

Judging by the first video below, shot during the 2010 Shanghai Alleycat, the approach of the riders themselves to the local version of the Highway Code is equally “fluid,” and even if your native language is English, the first part of the organisers’ parting “Ride safe and have fun!” message appears strictly optional.