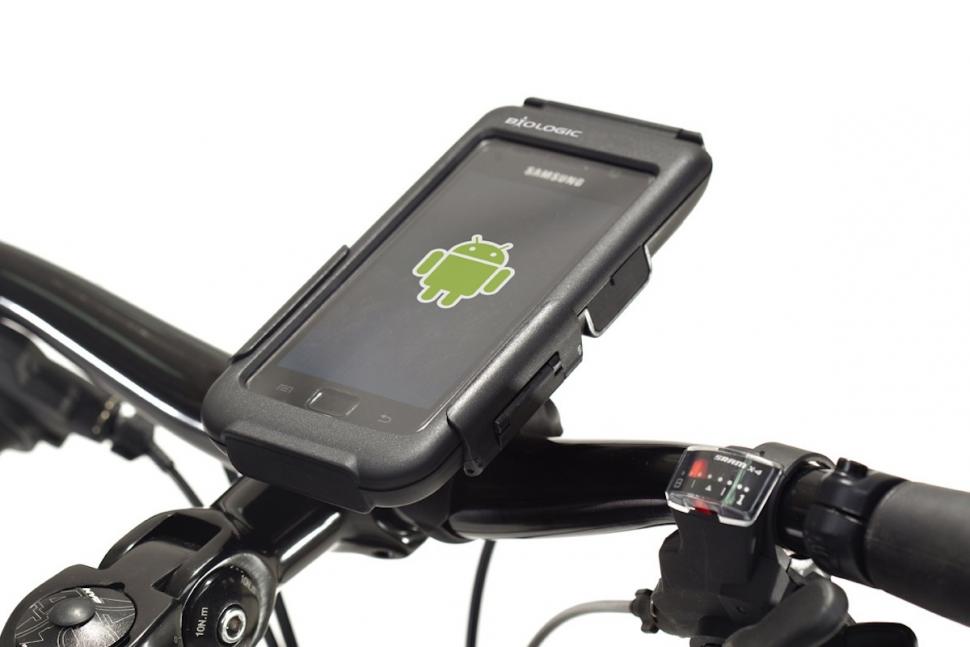 We've had the iPhone version, now here's one for the very many more people with an Android phone
by nick_rearden

BioLogic have had their iPhone Bike Mount available for some time that handlebar-mount your precious do-it-all device so that shock and the rain don't kill it. It was only a matter of time before they succumbed to the inevitable and released a version for the much more populous Android platform which includes smartphones made by the likes of Samsung, HTC and LG.

"The tremendous growth in smartphone use has revolutionised the way we work and play, and this includes how we ride," says Kevin Chan, project manager for BioLogic. "Our Bike Mount for iPhone allowed people to use their iPhones on their bike as a powerful cycling computer and we wanted to give this ability to Android users as well. There are a lot of free and paid cycling apps for Android smartphones but no really good way to mount one to a bike. Our product not only securely attaches your phone to a bike, but also protects it against weather, sweat, grime, and shock."

The idea, of course, is to mount your phone so you can use GPS and a suitable app of which there are loads to track speed, position, or distance traveled, while riding. The Bike Mount is a weatherproof hard-shell case with a welded touch-sensitive membrane so the phone is protected from the weather and vibration but still fully functional. The case features a clear protected opening on the back for shooting pictures or video while riding and is sealed shut with a double-pivot, click-lock catch. 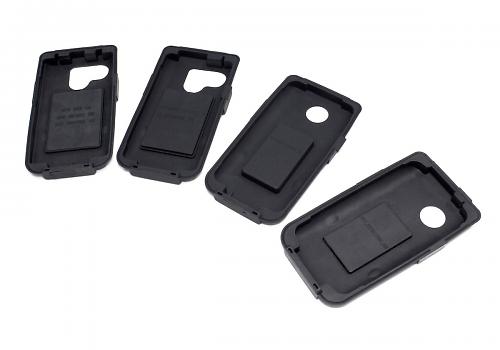 A choice of shock-absorbing silicon liners customise the fit of each phone to the hard snap-lock case.

The Bike Mount can pivot through 360° so the phone can be used in portrait or landscape format and comes with a mounting bracket that fits handlebars or stems with a diameter of 38mm or smaller i.e. pretty much all of them. Despite the variety of Android phones on the market, the Bike Mount for Android has been designed with an interchangeable silicon rubber inner liner that fits the specific dimensions of each model, perfectly allowing full access to to the power buttons, touch screens and camera while also providing shock protection.

There are currently four different silicon liners to fit phones as follows:

Price will be £45 when stock arrives at BioLogic dealers in April.