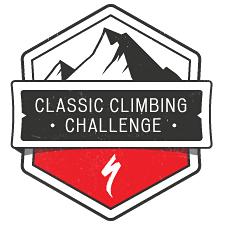 Riders beating 33,000 metre height gain over month and a half stand to win Specialized schwag
by Simon_MacMichael

Strava, the training tool that uses GPS to enable cyclists to virtually compete against others even while out on a solo ride, has partnered with Specialized to launch a free-to-enter competition that challenges its users to put in some serious uphill miles between mid-March and the end of April.

Running from 15 March to 30 April, entrants to the Specialized Classic Climbing Challenge stand to win a custom water bottle and an unspecified “award” from the bike brand if they manage to climb a total of 105,312 feet or more during the month and a half the competition is open.

That’s 33,000 metres of climbing in metric money – the same as climbing the Galibier from the direction of the Col du Telegraphe 26 times – although of course you get 47 days to do it. Nevertheless, it’s a challenge to fit that in around other commitments, and it could be a bit of an ask if you live in East Anglia.

“Just like Specialized, Strava helps cyclists reach their full potential,” commented Michael Horvath, CEO and co-founder of Strava. “To partner with Specialized on a challenge during a time of year when a rider’s training is critical and when the weather might not be all that great, will definitely help motivate a huge group of cyclists.”

Mike Sinyard, founder and CEO of Specialized, added: “Teaming up with Strava offers another reason to get riders out on bikes, which is something we’re always excited to do. I wouldn’t doubt if a bunch of us here in Morgan Hill hit that 105,000 foot goal.”

So, how does Strava work? Well, if you have a Garmin Edge linked to a Strava account, or an iPhone 3GS, iPhone 4 or Android handset with the Strava app downloaded onto it, that’s pretty much it. Strava will record your rides anywhere you can get a GPS signal, and upload details automatically from a smartphone once the ride finishes, while Garmin users just need to plug their device into a computer and sync with Strava.

What sets it apart from other ride-logging apps and online tools lies in the competitive element it introduces through being able to create ‘segments’ – a hill, for example, that you may encounter on your commute or training ride – and being able to compete against the times set by other Strava users on the same stretch of road.

The basic version of Strava is free to use, while the premium version, which costs $6 a month or $59 a year, has additional feature including being able to look at segment leaderboards by age, weight or gender, as well as more in-depth reporting on heart rate, power analysis and performance, provided that information is captured on the relevant device.

Full details can be found on the Strava website.