It's a done deal; the Canadian company is now European along with Raleigh and Focus, among others...
by nick_rearden

As we posted at the end of December where PBG and Cervélo signed a Letter of Intent over the purchase of one over the other, negotiations have now successfully concluded according to announcements today from both companies.

"Cervélo is a unique brand that we are very pleased to bring into Pon Bicycle Groug," said Janus Smalbraak, CEO of Pon Holdings, the larger group that in turn owns PBG and a Europe-wide host of mostly transport-orientated trading and services companies besides.

"The Canadian-based company's state of the art technology and passion for pushing the limits of engineering has captured the imagination of cyclists around the globe," he continued. "With Cervélo we believe there is great potential for growth and we are looking forward to working with them to achieve these goals."

Smalbraak was reassuring on the subject of the smaller company's role within the larger group, however, "Cervélo will continue to operate independently, retaining its unique identity, innovation and premium brand positioning. This is the same strategy Pon employ with their other PBG properties, Royal Dutch Gazelle and the German manufacturer Derby Cycle where Pon is a major shareholder."

Derby Cycle own the brands Focus, Kalkhoff, Univega, Rixe and, of course, a name dear to our British hearts, Raleigh, which still retains an establishment and distribution from near the original Nottingham base.

Cervélo co-founders Phil White and Gerard Vroomen will both remain with PBG with White continuing in his current position as Cervélo CEO. Vroomen will assume a part-time role as Business Development Manager with PBG, focusing on 'special projects' for the group.

"The opportunity for Cervélo within Pon Bicycle Group is tremendous," said Phil White. "The combination of Pon's considerable resources and expertise and Cervélo's cutting-edge technology will make us stronger and more competitive as we continue to engineer the best bikes on the planet." 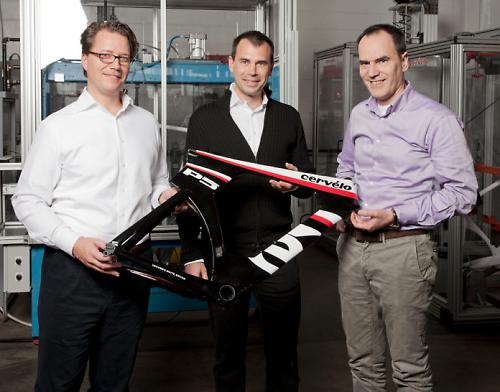