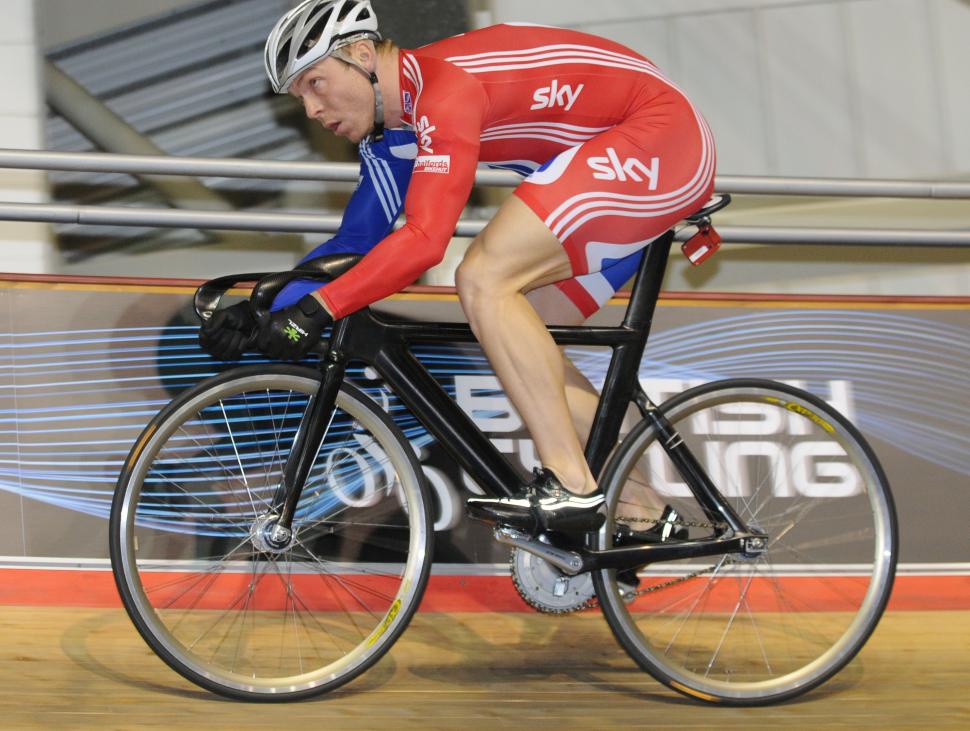 British Cycling today announced its goals for the next four years. These include: increasing its membership from 27,000 to 100,000, getting 1million more people cycling once a month by 2013, creating a network of sport and recreational cycling facilities across the UK, making Britain the world's leading cycling nation, and the little matter of having a Brit win the Tour de France by 2014.

No-one can accuse them of not aiming high. They may though be accussed of treading on a few toes and ruffling some feathers at the CTC, Cycling England, and even Sustrans – none of whom can be said to be doing a bad job in their respective fields.

Here's the British Cycling Statement in full, during the course of the day we'll be adding to the story with our own analysis and with reaction from other cycling organisations and interested parties - what we'd really like to know though is what you think?

British Cycling today outlines its new Whole Sport Plan for 2009-2013 that aims to “inspire participation in cycling as a sport, recreation and sustainable transport through achieving worldwide success.”

The “inspiration to participation” plan builds on the strong foundations laid down over recent years and sets out to further develop British success in major competitive events such as the Olympics, Tour de France and World Championships, and at the same time use this success to inspire and dramatically increase mass participation in cycling in this country through a comprehensive series of initiatives.

The plan embraces cycling in the broadest sense, from grass roots to the elite level, from track and road to BMX and mountain biking, from leisure to cycling as a form of sustainable transport, under one British Cycling umbrella. This approach has been developed in conjunction with strategic partners UK Sport, Sport England and British Sky Broadcasting, who have helped significantly increase funding for the period of 2009 - 2013.

Following the unprecedented success at the Beijing Olympic and Paralympic Games, when British cyclists won 34 medals, and with the run up to London 2012, the greatest sporting event in this country for a generation, British Cycling has come up with a plan to turn this once in a lifetime opportunity into a lasting legacy for cycling in the UK. Over the next four years it will aim to deliver the following objectives as part of this strategy:

Ian Drake, CEO at British Cycling commented: “We have a once in a lifetime opportunity in the run up to London 2012 to really engage Britain with cycling and turn our ‘medal success’ into a ‘people success’ by inspiring mass participation in our sport.

“The scale of the task we have set ourselves at home is comparable to the challenge of going for gold in the Olympics but now is the time to act as we have never been in a better position to use elite success to grow cycle sport in the UK.

“With increased funding and fantastic public and commercial partnerships on board, we finally have the resources in place to drive real progress in all areas of our sport, from the elite team and talent development to volunteer engagement and lobbying for new legislation to allow competitive cycling to thrive.”

“The purpose of all this is to grow our sport at a grass roots level and in turn increase our chances of future elite success. Crucially, we will also increase the support we provide to our volunteers who make our sport happen. We will be making several announcements this year about the specific steps we are implementing to deliver on our new vision.”

Brian Cookson, British Cycling’s President, added: “2008 went down in history as the year in which cycling made its breakthrough into the public consciousness. We firmly believe that 2012 will go down in history not only as the Britain’s most successful sport but also most popular recreational activity.

“Our athletes have proven that anything can be achieved through hard work and complete dedication. As an organisation we are now embarking on a four year journey to replicate this success in the context of the whole sport. Over the last few weeks we have seen the launch of several encouraging cycling initiatives that fit perfectly with our vision for the sport.”

Sir Chris Hoy commented: “British Cycling’s commitment and plans to inspire the British public to get on their bikes is fantastic. There has definitely been a renewed interest in the sport and in cycling in general since the Beijing Olympics, and it's great that British Cycling is now in a position to do so much more to grow participation at a grass roots level.

“We've got a great opportunity now in the lead up to London 2012 to make cycling one of the most widely enjoyed sports in the UK and I would love to see even more people of all ages and abilities getting involved. It's great fun and there are loads of different ways to get started, plus it's an ideal way to stay fit and is a low cost activity that the whole family can enjoy together.”

Over the next four years British Cycling will be launching new initiatives, services and products to support these key objectives and further announcements will be made over the coming months. British Cycling’s Whole Sport Plan will also soon be published in full but the implementation starts now.

For more information about British Cycling visit www.britishcycling.org.uk and to find out how to get involved in a mass participation Skyride event go to www.goskyride.com.