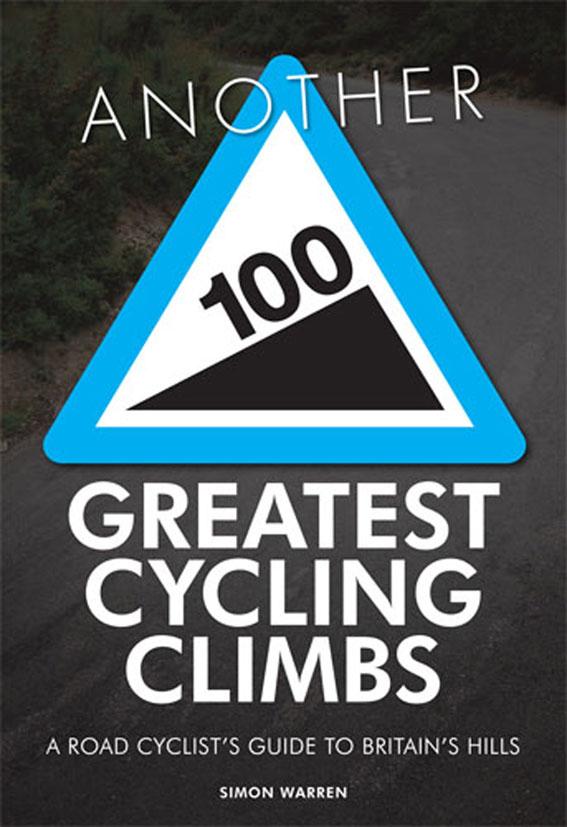 100 Greatest Cycling Climbs: the sequel coming in May

"…a sterling effort and one made much better by the addition of the table for ticking off the climbs and recording your time," we said, the first time around
by nick_rearden

Author Simon Warren presents a second helping of Britain's most challenging roads to tackle by bicycle. Published by Frances Lincoln Ltd on 3rd May 2012, the book is called 'Another 100 Greatest Cycling Climbs' and we're already dying to see justice done to the hills we feel were missed first time around.

First off let's see what the publisher has to say:

"Longer! Higher! Steeper! Packaged in the same handy pocket size as the bestselling 100 Greatest Cycling Climbs, here are another 100 killer hills from the tip of Cornwall to the Highlands of Scotland, via the East Anglian peninsula and the Isle of Man. The climbs tick all the same boxes as the original 100, and are often more challenging. There will certainly be quite a few surprises as these climbs are lesser known and further off the beaten track. One thing that remains the same is that they all pack a serious punch and they'll all introduce you to more of the wonderful scenery of Britain. So just when you thought it was safe to go back to riding on the flat, here come another 100 Climbs. Enjoy."

Leaving aside the intrigue of what climbing Simon Warren has found in East Anglia, we have our own local West Country challenges to lobby for as the only criticism we could find when we reviewed the book 100 Greatest Cycling Climbs when it was published in 2010 was that it could really have done with being door step sized and called 500 Greatest Cycling Climbs. Our islands may lack the sheer magnitude of the Alps, Dolomites and Pyrenees but Dear Old Blighty certainly does make up for it with it with quality and quantity. As our Dave Atkinson posted in his review:

"We were surprised to see that the Gospel Pass near Abergavenny didn't make the grade, and nor did the climb to the Radar station on Lowther Hill in the Southern Uplands of Scotland which is, at 725 metres, the highest navigable road in the UK. Okay, the last bit is technically private, but we reckon it should still go in. In fact, Scotland is quite poorly represented relatively speaking, which might have more to do with the location of the author than the quality of the climbs…"

Well, it seems 120,000 copies sold says that readers mostly appreciated the slim and portable format which, of course, will fit perfectly in a jersey pocket and it's given the author a good couple of riding seasons to research another lung-busting one hundred. Bring it.

While we're on the subject, another book is already out which focuses purely on Scotland and the Scottish Lowlands at that. "The Cyclist's Guide to Hillclimbs on Scottish Lowland Roads" by John H McKendrick is in the house already for review but we'll post on that any minute now...

1
Near Miss of the Day 376: Frightening footage shows driver overtaking cyclist with coach coming the other way
2
Met Police denies operation issuing hi-vis to cyclists was ‘victim-blaming’
3
Hell of the Ashdown sportive cancelled – but no refunds for those who entered
4
World Naked Bike Ride returns to London in June
5
Near Miss of the Day 374: Driver at traffic lights Must Get In Front
6
Video of car passenger throwing orange juice over cyclist goes viral
7
Tacx Neo smart trainer owner left with “very expensive paperweight” as owners complain Garmin won’t provide support once warranty has expired
8
Met police officer tells London cyclist to get off bike to ride on shared use path