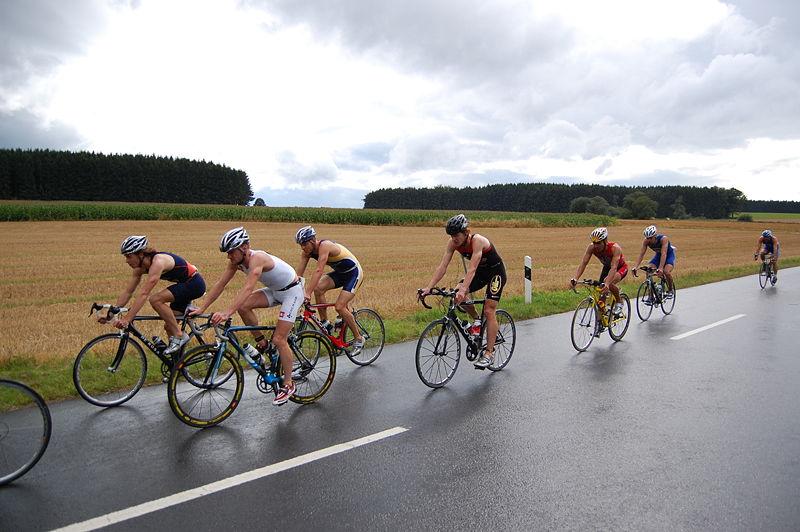 Riding 300Km a week can lead to a low sperm count…

… if you're a Spanish triathlete and possibly anyone else too...
by Tom Henry

High-intensity cycle training among triathletes has a very detrimental effect on their sperm count, a study has found – and it could all be in the trousers.

Researchers studied a group of 15 Spanish triathletes with an average age of 33 and competing at both national and international level. Their training routines were analysed in detail, and particular note taken of the time they spent cycling each week. Sperm was taken after three days of sexual abstinence and analysed for their shape and form.

"We found a statistically adverse correlation between sperm morphology and the volume of cycling training undertaken per week," said Professor Diana Vaamonde, from the University of Cordoba Medical School, Cordoba, Spain.

"While all triathletes had less than 10 per cent of normal-looking sperm, the men with less than four per cent - at which percentage they would generally be considered to have significant fertility problems - were systematically covering over 300km per week on their bicycles."

Which doesn’t seem a lot of kilometres in which to be damaging some vital equipment, but unfortunately for triathletes and enthusiastic road cyclists, the study hasn’t isolated a single cause for the problem. However, Dr. Vaamonde believes that it is likely to be mainly due to either the irritation and compression caused by friction of the testes against the saddle, or the localised heat produced by wearing tight clothing.

She also believes that reactive oxygen species - small molecules that react to stress by increasing to such an extent that they can damage cell structures - and energetic imbalances may play an important role in the alterations in sperm that the team observed.

"The fact that this effect is greater in triathletes than in other sports practices seems to indicate that it is something to do with the volume of training that they need to undertake to achieve and maintain a high level of fitness," said Professor Vaamonde. "We believe that the same effect would be observed in any athletes undertaking a similar amount of cycling training."

Triathletes were chosen for the study because of the intensity and volume of exercise involved. The most punishing Ironman distance involving 3800 metres swimming, 180 kilometres cycling, and running a marathon (just over 42 kilometres). Recent research has shown that the risk of dying from a heart attack in a triathlon is nearly double that of dying in a marathon alone.

Professor Vaamonde said: "Protective measures for these sportsmen need to be developed. Depending on the mechanism leading to the creation of abnormal sperm, these could include giving antioxidants and modifying training regimes to allow for recovery. Or we could take preventive measures by freezing athletes' sperm before they start high intensity training," "We believe that we have uncovered a serious problem affecting triathletes who undertake significant amounts of training, and we hope that our research may lead to effective treatment."