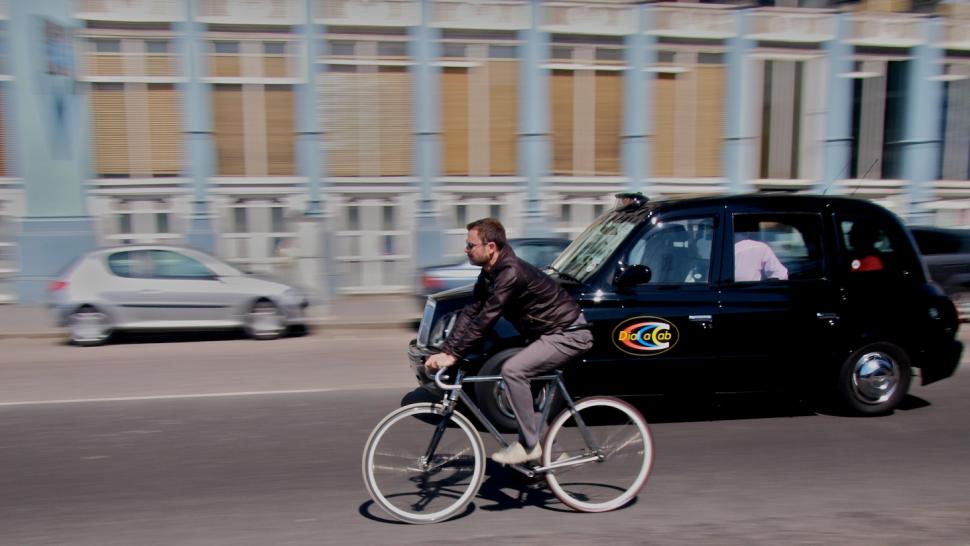 Mike Penning repeats claim that motorists pay for roads, despite Road Fund being abolished 75 years ago
by Simon_MacMichael

Junior Transport Minister Mike Penning, whose remit at the Department for Transport (DfT) includes responsibility for roads as well as road safety, insists that motorists pay for roads – a mistaken belief not supported by his own department, but one that is widely held by many drivers.

Penning, Conservative MP for Hemel Hempstead, refused to acknowledge his mistaken view at a meeting of the All Parliamentary Cycling Group yesterday when he was quizzed by Carlton Reid, executive editor of BikeBiz and founder of the website iPayRoadTax, on comments he made last year when he said “the motorist… predominantly pays for our roads.”

Reid, who attended the meeting, recorded yesterday's exchange with the minister – you can listen to an excerpt from it on the iPayRoadTax website – in which he asked him how roads were paid for.

“Tax,” Penning replied. “Fuel duty and VED… Yes, it’s hypothecation but a percentage of it does come back in. I stand by it then, I stand by it now. The fact that someone pays for something doesn’t give them rights, it just means they contributed to it… I want to protect cyclists as much as possible but at the same time I also passionately believe the motorist in this country does pay for an awful lot of the service on the road.”

That statement is factually incorrect. Money raised at national level from the likes of Vehicle Excise Duty and fuel tax go into a central pot, along with other monies raised through income and corporation taxes and other charges and duties. That central pot then contributes towards road-building projects and maintenance carried out on the national road infrastructure - motorways and major trunk roads. Similarly, works at local level are funded from revenue from council tax and business rates.

There is emphatically no separate, dedicated fund for roads; motorists do 'pay for roads,' but only in the meaning that we all 'pay for roads', and in absolutely no other sense.

The fundamental issue in question is that successive British governments have refused to countenance any form of ring-fencing the revenues (in technical parlance, ‘hypothecation’) raised by specific taxes and duties for the benefit of the sector to which they relate. The chief exception, as Reid points out, is the TV Licence fee, which is ring-fenced with monies going to help fund the BBC.

As Reid points out in an article published on iPayRoadTax today, according to a 2009 report by the Transport Select Committee published under the title Taxes and Charges on Road Users, hypothecation is defined as “the establishment of a direct link between specific taxes or charges and specific expenditure. For example, taxes levied on alcohol might be earmarked for spending on hospitals. In the UK there is no such link for taxes.”

That report went on to say that “the Government opposes the idea of hypothecation of tax revenues. It argues that decisions about revenue raising and spending should be kept separate for two main reasons: if all income were to be hypothecated, it would create severe difficulties for those services that could not readily raise revenues, such as schools, hospitals, police and defence; and inefficiencies would result. For example, if a large sum was raised from road users, hypothecation would dictate that it was all spent on roads (or possibly other transport modes, such as buses), even if the public priority was for more investment in, say, education.”

One of the principal arguments against hypothecation is that by dedicating money raised through motoring-related taxation and duties to road construction and upkeep, the floodgates would be open to myriad other groups demanding similar treatment; childless couples, for example, might claim it unfair that their taxes paid for schools.

As Reid recounts in detail, Winston Churchill was an early opponent of the Road Fund instituted in the 1920s because he believed it would lead to motorists claiming ownership of the road.

That’s a view that is still common nowadays, with comments to newspaper articles about cyclists regularly calling upon them to be required to pay ‘road tax.’

The fact that there has been no such tax, or anything akin to it, since 1937, appears lost on many, as well as on the Minister for Roads himself, apparently.

Leaving aside the issue that most adult cyclists also own cars, the Vehicle Excise Duty that most motorists are now required to pay is based on CO2 emissions, so even if cyclists were subject to that, they would presumably be assessed to pay the same as owners of the lowest-emission vehicles; which is, nothing.

Reid highlights that Penning’s opinions expressed at yesterday’s meeting should be taken as his personal views, and they are certainly not backed up by the official stance of the DfT.

Indeed, one of the Department’s executive agencies, the Policy and External Communications Directorate of the Driver and Vehicle Licensing Agency (DVLA) says: “There has been no direct relationship between vehicle tax and road expenditure since 1937” – the year the Road Fund was abolished.

It should be reinforced that this is far from a pedantic discussion about using the correct terminology.

It’s an issue of changing a widespread but mistaken belief that does result in cyclists being put in danger by some motorists who claim that because they ‘pay road tax’ and cyclists don’t, that gives them a greater entitlement to use the road, and that bike riders should not be there in the first place.

The website iPayRoadTax was founded precisely to counter that misconception, and has resulted in a number of organisations such as the AA and the Post Office dropping references to ‘road tax’ in favour of ‘Vehicle Excise Duty’ or ‘car tax.’

Reid describes it as “worrying” that Penning, whom he underlines is “Minister for Roads (and road safety) not Minister for Cars” is seeking to perpetuate what is not only a factually incorrect view, but one that is clearly at odds with the official line put forward by his own Department.

Nor is it the first time this year that Penning has appeared unclear about issues with which he should be thoroughly familiar by virtue of his position; earlier this month, he seemed confused about which roads cyclists were entitled to ride on.

Ending the myth of ‘road tax’ won’t be a process that will be concluded overnight; but if the Minister for Roads himself insists on perpetuating it, that does not bode well for the message filtering down any time soon to those motorists who share his erroneous opinion.