Magura have launched their new RT8 TT hydraulic rim brake on Cervélo’s P5, denting the cable brake monopoly on Tarmac-ridden performance bikes. Could this be a shape of things to come?

The new brake will be specced as original equipment exclusively by Cervélo for the next few months before other manufacturers have the option of including it on complete bikes. You’ll be able to buy it aftermarket (separately; not on a bike) from June.

A cable to hydraulic converter will be available for the RT8 soon so that you’ll be able to run the callipers with standard brake/shifter units rather than just with Magura’s own RT8 levers.

Each calliper uses standard mounting hardware with one mount bolt, so you can fix it to any bike that would take normal road brakes from Shimano, SRAM, Campag, FSA and everyone else. In other words, taking off your existing road callipers and putting these on will be a straightforward swap. 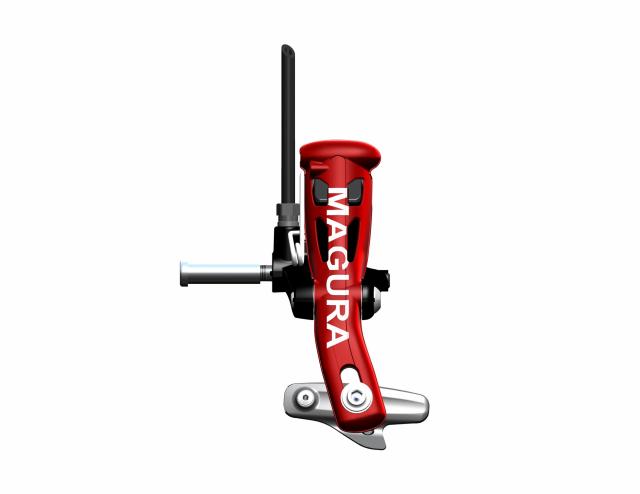 The RT8 uses universal cartridge brake pads too. When the pads wear out, you just replace them as you would with standard pads. There’s nothing complicated there either.

The callipers work via a piston that sits between the brake arms above the pivots. Pulling the brake lever pushes the upper section of the brake arms apart and, therefore, moves the lower section, below the pivot, inward towards the rim. Simple enough. 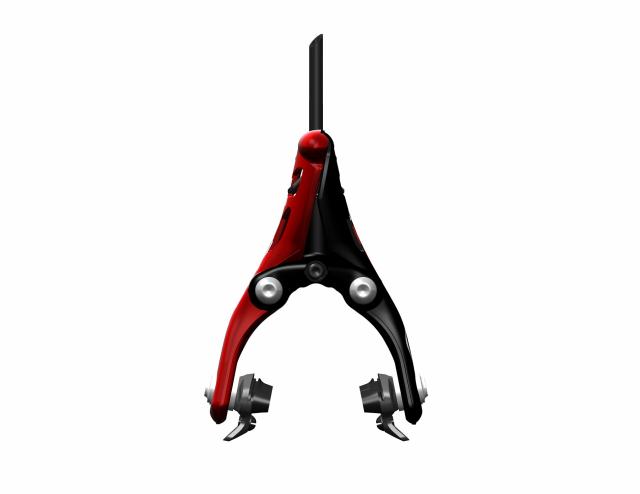 So, why would you want to use these brakes?

First, they’re super-light. We’ve not had the chance to put a set of the RT8s on the trusty road.cc Scales of Justice but Magura claim a complete system weight of 495g. And ‘complete’ here means both front and rear with the mineral oil in the system included. Assuming it’s true, that’s lighter than SRAM Red, Shimano Dura-Ace, Campag Super-Record… lighter than anything else out there. 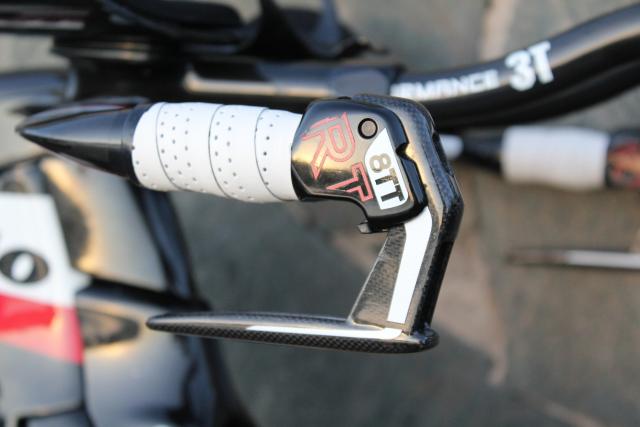 Second, this brake supposedly has more efficient aerodynamics than any of its rivals. On the triathlon version of the P5 (it'll be available in a UCI-legal version and a UCI-illegal version with deeper forks, a brake cover and new aerobars from 3T for triathletes and other outlaws), Cervélo shroud both the front and rear brakes inside carbon casings to boost the aero performance, but even when uncovered they reckon that these have less drag than anything else – 9g less than their main (un-named) competitor. Covered up, aerodynamic drag is reduced by another 7g.

Why are the aerodynamics so good? The calliper has a central line attachment (rather than out to the side) and a reduced frontal area. The master cylinder is hidden and the line routing is internal – at least, it is on the P5). The lever blades are airfoil shaped as well, to help them slip through the air. 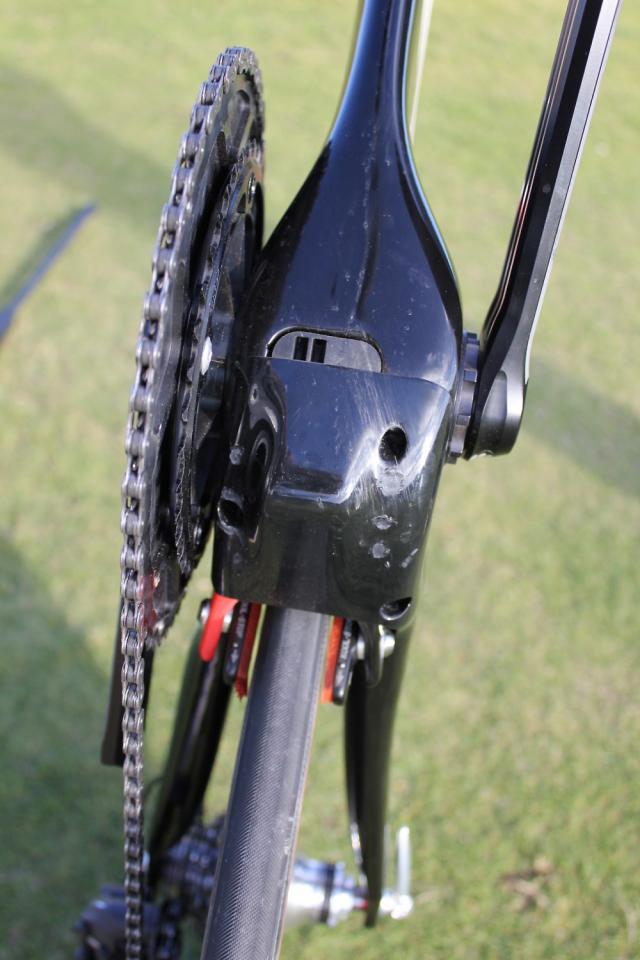 Then there’s the braking power. Again going by Magura’s own statistics, the RT8 TT is capable of producing deceleration of 6.4m per second2 with a force of 100 Newtons. That probably doesn’t mean a lot to you but, for comparison, the two main competitors can produce figures of 4.5 and 4.3 respectively, so Magura are claiming significantly more power and modulation.

"On descents, the cyclist can brake later and more precisely therefore gaining crucial seconds in those few meters before the curve," said Magura’s Head of Marketing, Götz Braun. 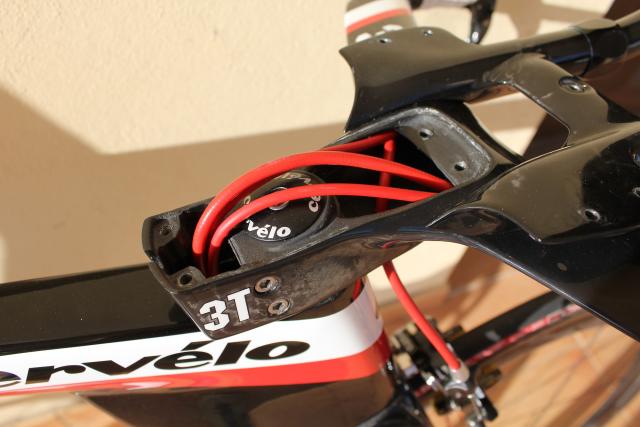 One of the key points here is that being hydraulic, the RT8 TT doesn’t mind complicated internal cable routing. Send cables around bends and you add to the friction meaning that you have to pull the lever harder to get a decent braking response. Tricky cable routing makes very little difference to a hydraulic system. The lever feel is the same whether the line is straight or intricate.

Technophobes will be pleased to hear that Magura claim that the system is completely maintenance free, and is unaffected by dirt, dust or water. Obviously, you’ll need to change the brake blocks periodically – this product isn’t magic – but these brakes should pretty much look after themselves. That’s the idea, anyway. I’ve used them on precisely one ride so far so I can’t vouch for their long-term behaviour, but that’s what we’re told.

The RT8 TT uses Magura Royal Blood mineral oil. In contrast to the often-used DOT braking fluid, it doesn't have to be changed periodically and there are no health concerns. Should you need to should bleed or to shorten lines, you can do this quickly and simply with Magura’s standard tools. Magura also provids a five-year warranty covering oil loss from the line. 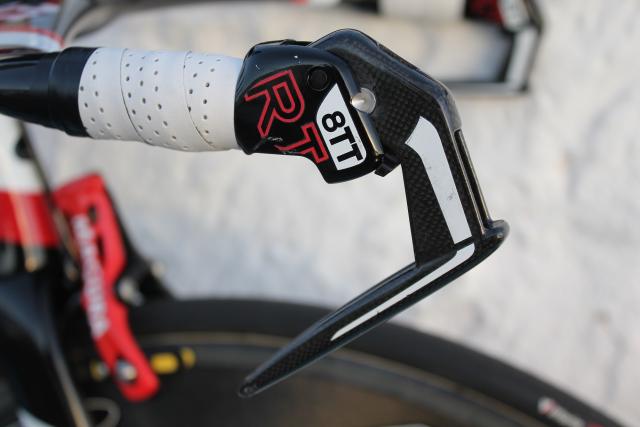 Getting your wheels in and out past these brakes is simple too. There’s a little switch on the lever that you click to open the callipers (the switch has been flicked open on the picture above; you can see the lever blade is angled downward). You don’t even have to remember to close the callipers once you replace the wheel; the first time you draw on the lever it snaps back into place.

Any disadvantages over cable rim brakes? In terms of performance, it’s difficult to see a downside. I used these brakes on a P5 at the Cervélo bike launch earlier this week and they are fabulous. They’re brakes… but more so. You get enough well modulated power that you can leave braking that little bit longer and save precious seconds over the opposition.

As for just-in-case braking, well, there’s far less of that. You know you can stop on a sixpence (not sure where I dragged that phrase up from) if you need to so you don’t need to approach corners as tentatively as usual. Sling yourself into the bends at full speed and you can still slow down in time if need be.

“With this brake you can stay faster for a longer time,” said Magura’s Product Manager Stefan Pahl. “You can brake at the last second.”

The RT8 TT will cost £499 per pair with carbon levers (they will be available aftermarket through Cervélo dealers only until 31 May and on general release after that) and £399 per pair with aluminium levers. The alloy lever version will be called the RT6. So, the Maguras are more expensive but they also have clear, demonstrable performance advantages. You can make up your own mind as to whether the improvement is worth the cash although, personally, I think it’s pretty clear cut. 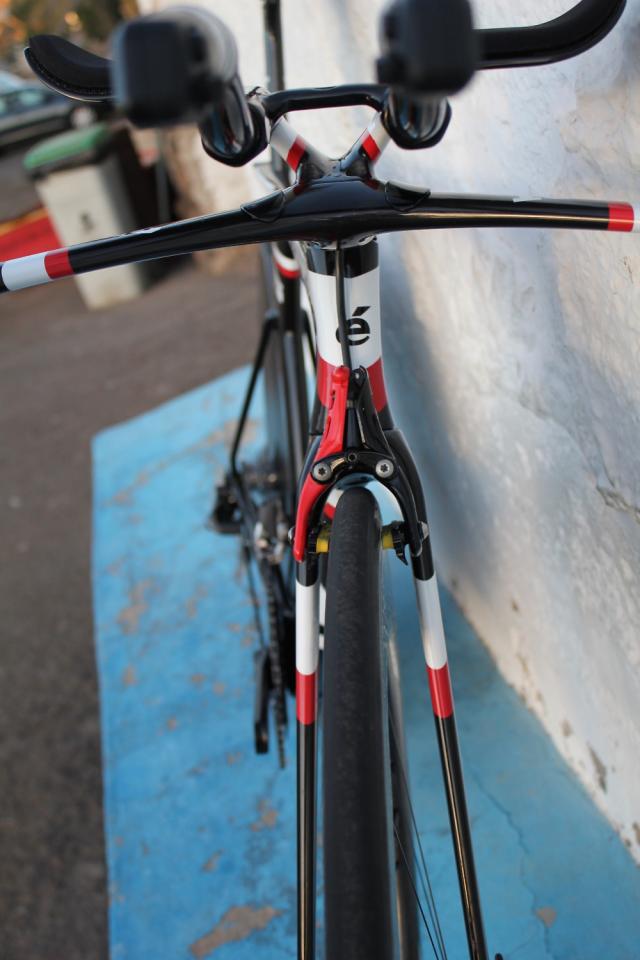 People are bound to ask whether Cervélo should have gone for disc brakes, so here are the advantages that rim brakes have, straight from the horse’s mouth (I’m using some choice phrases today, huh?):

• Less weight due to [the fact that there’s no need for] stiffened frames and forks and special hubs with unsychronized forces.
• Better aerodynamics – disc/rotor and calliper create a lot of drag.
• Rim brakes are UCI approved, disc brakes are not.
• Braking power. The biggest friction diameter on a wheel is the rim.
• Easy wheel change.

In pro cycling, Magura are one of the sponsors of the Garmin-Barracuda team and the RT8 will debut at the Tour de France time trial.

As for the cable to fluid converter, we don’t have a delivery date for you yet although Magura say it will ‘make an appearance in 2012’. There will be a cheaper RT6 converter too, although we don’t have prices for either. Those converters sound very much like work in progress to us. We’d be stunned if they weren’t ready for the Eurobike trade show at the end of August/start of September, though. Maybe they’ll be specced as original equipment on 2012 bikes, who knows?

For more info on the Magura brakes go to www.magura.com or www.fastest-brake-on-the-market.com.