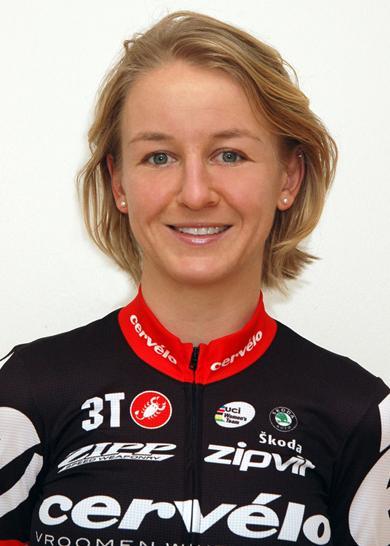 The sprint for the final stage underlined Cervelo's grip on the race, although Vos claimed the stage win of the five riders in the lead group three were from Cervelo, Soeder came in second to claim the green jersey and Regina Bruins crossed the line in fourth place with Pooley on her wheel – all finished in the same time as Vos.

Pooley won the first stage time trial and the third stage from Hagemtau to Pau in the Pyrenees, with Soeder taking the second stage. Team tactics were essentially to stop Vos and although the Dutch start figured prominently in every stage her moves were always countered by a very strong Cervelo team.

As with its male counterpart the Tour de France Feminin is one of the most prestigious races in women's cycling and Pooley's win confirms her, if confirmation were needed by this stage, as a major talent. It also sets things up nicely for this Saturday when she comes up against Nicole Cooke in the British National Road Race at Abergavenny.

Cooke is herself a two time winner of the Tour de France Feminin, but her Vision 1 Racing Team did not compete this year. More pertinently for this Saturday she has also won the last eight National Championships and will be out to make it nine in a row. However given Emma Pooley's increased form and confidence winning that 9th title will not be a foregone conclusion.