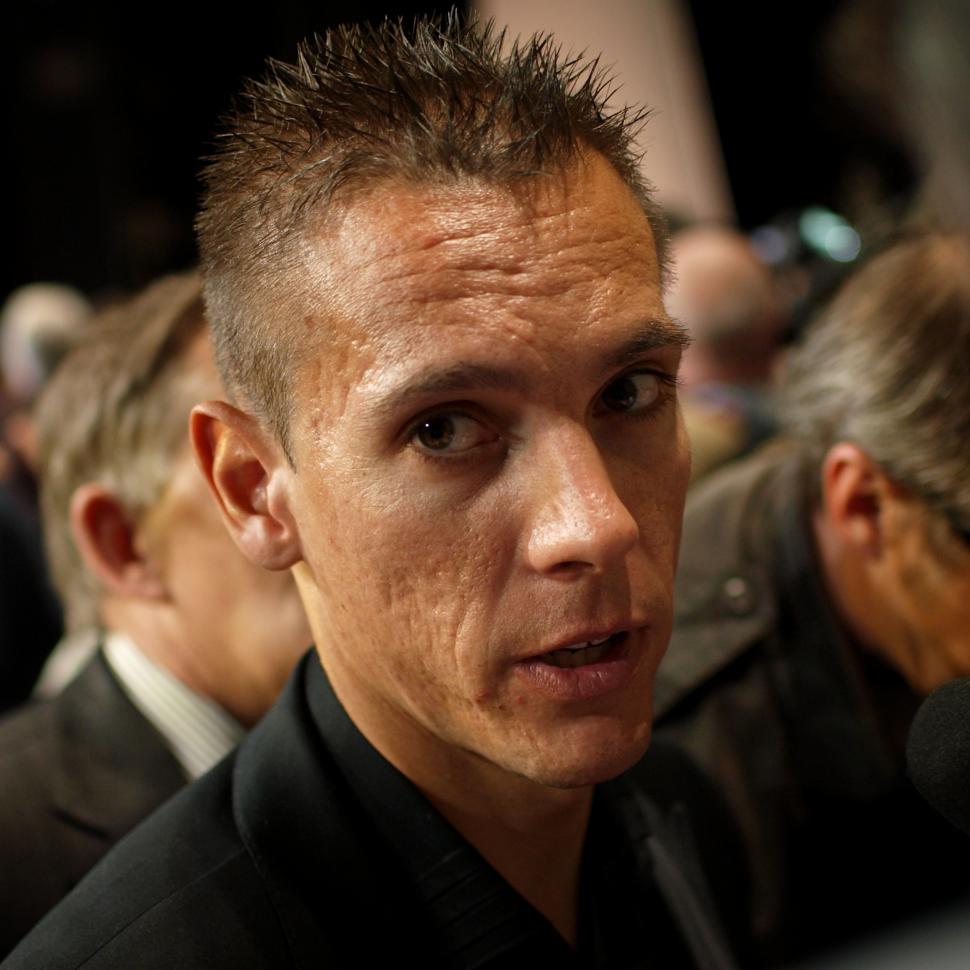 It’s that time of year when various gongs and honours are handed out, but while world champion Mark Cavendish might be sweeping up the sporting awards on this side of the Channel, it’s unlikely he’s going to receive one related to politics. However, that’s precisely the type of honour bestowed this week on arguably the year’s top rider, world number one Philippe Gilbert.

On Thursday, he was named joint winner of the Prix du Courage Politique, an annual award recognising the two people who have made the biggest contribution to Belgian unity, one each from the French- and Dutch-speaking communities.

It’s a significant honour to receive. The country is split by political, linguistic, cultural and economic differences between the Dutch-speaking north and the Francophone south, dominated respectively by the Flemish and Walloon segments of the population.

Moreover, until a new coalition government was sworn in earlier this week, Belgian politics had been in a state of paralysis for a year and a half, with an interim government installed, a situation that was unprecedented in a Western democracy.

In addition, there is constant speculation that in the not-too-distant future, the country may be split into two separate states.

Gilbert’s exploits on the road this year, in which he won the Ardennes hat-trick of the Amstel Gold Race, Fleche Wallonne and Liege-Bastogne-Liege and also briefly wore the maillot jaune at the Tour de France, however, brought the country together.

As a result, temporarily at least, the country’s differences were forgotten as his compatriots united in their support of the Omega Pharma-Lotto star, who will ride next year for BMC Racing.

The Prix du Courage Politique is organised by B Plus, an organisation founded in 1998 that fights against partition and instead promotes unity and federalism, as well as a spirit of tolerance and co-operation between the separate communities.

Gilles Vanden Burre of B Plus explained the reasons for Gilbert being recognised as this year’s winner of the award from Belgium’s Francophone community.

“Perfectly bilingual, Philippe Gilbert is one of the rare Belgian personalities to enjoy equally great popularity in both the north and south of the country. He has always refused to play the card of regionality, and has declared time and again his hope of bringing together all Belgians behind his performances.”

Also honoured this week as the representative of the Flemish community was comedian, singer and broadcaster Bart Peeters, partly due to his publicly taking on Bart De Wever, president of the separatist New Flemish Alliance party, which he held responsible for the political crisis. Peeters’ confrontation with De Wever on a radio show led to him receiving a flood of hate mail.

There’s likely to be more reasons for Gilbert’s countrymen to celebrate in 2012. The Tour de France starts in Liege, and he will be among the favourites to repeat this year's feat and grab the first maillot jaune of the 2012 edition of the race.

Then, September’s UCI Road World Championships in Limburg across the border in The Netherlands provide the 29-year-old with a strong chance of finally getting his hands on the rainbow jersey.