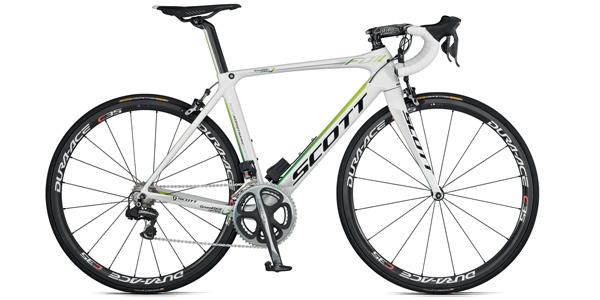 GreenEdge Cycling has described as “historical” yesterday’s announcement that it has been granted a UCI WorldTour licence for 2012-13, making it the first Australian team to secure top-flight ProTeam status.

Last year, another Australian venture looking to break into the sport’s elite, Pegasus Sports, missed out on securing a place among the sport’s top 18 teams and subsequently collapsed after its main backer withdrew and it failed to secure a second division, Professional Continental status.

Although it has yet to name a headline sponsor, GreenEdge has successfully negotiated the registration process and was yesterday named, alongside RadioShack Nissan, as one of the final two teams to have been awarded ProTeam status for the coming season.

That means that the team, which will be riding Scott bikes, will have the right to participate in all UCI WorldTour Calendar races including the three Grand Tours and the major classics.

“This is a key moment for Australian cycling and we are proud to enter the WorldTour with a new and extremely motivated project,” commented entrepreneur and team founder Gerry Ryan, long involved with the sport through his caravan company, Jayco.

“I am convinced that we will bring great moments and a lot of passion to the sport with this team. I’d like to use this opportunity to congratulate the entire team and all of our partners with this important, historical step.”

Ryan has looked to the Australian national coaching set-up for his general manager, recruiting Shane Bannan who spend more than 20 years within Cycling Australia, including as head coach.

“This is a team built for the future and we are obviously thrilled to have the license in place,” Bannan said. “We have been confident all along during the process, but at the same time humble towards the criteria you need to meet in order to get the final approval.

“We are currently busy with our first team camp and everything is coming together for a great debut year in the WorldTour,” he added.

“We’re young team with big ambitions about giving back to the sport and create excitement both in Australia and across the globe. Cycling has grown immensely over the last years and we are happy to be an integrated part of that positive development.”

Given the team’s background, it’s unsurprising that 16 of its 30 riders are Australian, including 2007 Paris-Roubaix winner Stuart O’Grady, who will act as road captain, three-time Tour de France points competition Robie McEwen and 2011 Milan-San Remo winner Matt Goss, alongside younger talent including Jack Bobridge and Luke Durbridge.

The foreign contingent includes Michael Albasini, winner of the 2010 Tour of Britain,  Pieter Weening, who spent four days in the maglia rosa at the Giro d’Italia this year, and the 23-year-old Eritrean, Daniel Teklehaymanot, a graduate of the UCI’s World Cycling Centre.