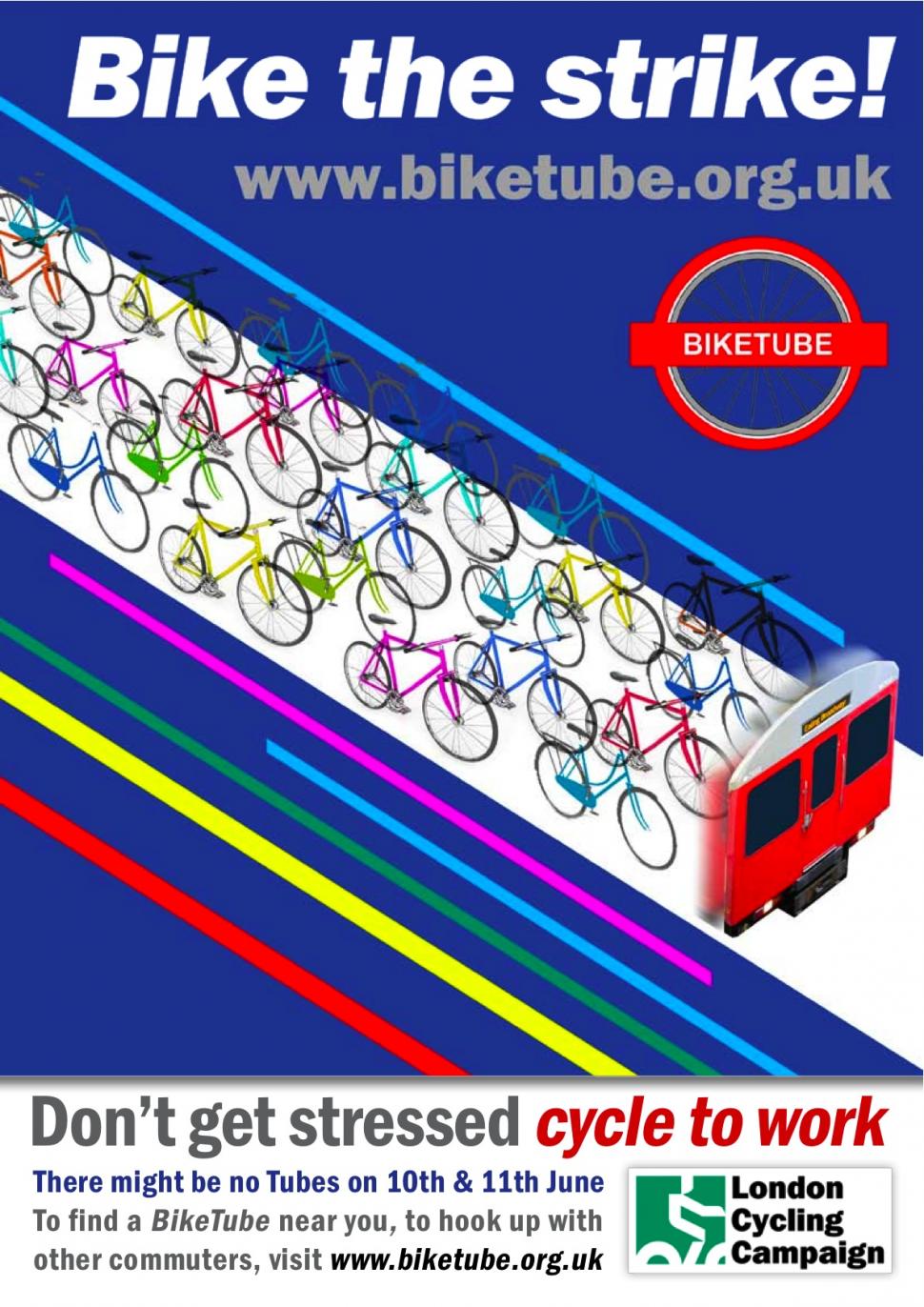 On the London biketube with TR…

Our man catches this morning's Biketube from Finsbury Park…...
by Barney Fletcher

Yesterday the London Cycle Campaign ran the a series of Biketubes, nothing to do with the rubbery air chamber in your wheels but an initiative to to help people who would usually go by tube to get to work by bike during the London underground system during the 48hr strike.

Although it was raining the LCC reported a fair turnout, not everyone was convinced though, including our London man about town, TR… so when last night the LCC said they would be running the Biketubes again today – we sent him along to try it for himself. Here's how he got on.

“Yesterday during the first morning of the strike, scores of people turned up at the different biketube starting points for a safe and leisurely cycle across town to work. From what I've heard everybody who joined the commute group said they felt safe and more aware that using their bikes was a more enjoyable, social, quicker and cheaper alternative to getting to work using the underground. It is a shame that it takes a tube strike to get people to realise this but hey, they have and they took to the cycles.

“The numbers of participating cyclists was down today but then the fact that it was on was only publicized on the LCC website and road.cc last night. However, what really struck me was how much the people who did turn up for the ride really enjoyed it. They were novices, but they were very keen and interestingly they were overwhlemingly female too – women out-numbered men on yesterday's ride as well.

“Today the weather was kind and we had a very pleasant ride in – a social one too, something my fellow riders particularly enjoyed, in fact such was the time saved that there was time enough for me to enjoy a sociable post-ride cup of coffee”.

There are obvious pitfalls to this sort of group ride like it only leaving at one time and there being no stops or pickups, plus the fact that the LCC hadn't organised evening rides to get these novice riders home, but that said they did seem to hit on something and I'm sure this is an idea that could be expanded – what about a circular ride that provided the same function as the Circle tube line, that went through fixed points at fixed times and which you could hop on and off of to get you closer to your destination? And the Biketube demonstrated to me at least that here wouldseem to be a potential army of women cyclists who'd love to get out on the streets of London if only someone would guide them on their way.” 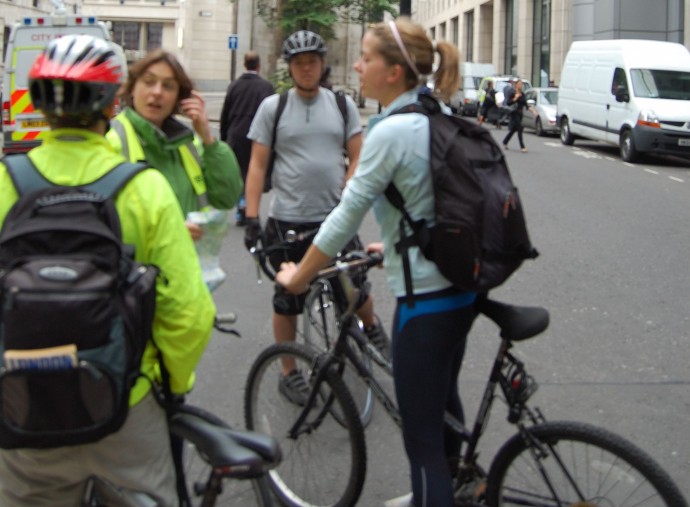 1
Near Miss of the Day 474: "It's more fun to drive straight at a cyclist"
2
Scottish cyclist tells of how driver tried to ram him and friend off road
3
Tadej Pogacar stuck (most of) his Tour de France rides on Strava
4
Near Miss of the Day 473: Nottinghamshire Police now treating close passes as ‘victimless crime’
5
Strava Metro made free to cities worldwide, including UK, to help encourage sustainable travel post-pandemic
6
First ride review: Campagnolo Ekar 1x13 Gravel Groupset
7
Campagnolo turns it up to 13 with Ekar gravel groupset also featuring tiny 9T cog
8
Near Miss of the Day 472: Illegal overtakes at pedestrian crossings