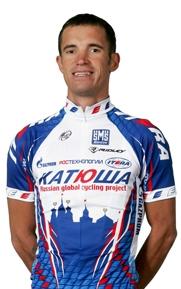 Russian federation cites "extenuating circumstances," but UCI has option to appeal...
by Simon_MacMichael

Katusha’s Alexander Kolbnev, the only rider to test positive following a doping control in this year’s Tour de France, has escaped a ban and instead been fined CHF1,500 – equivalent to £1,061 – by the doping commission of the Russian cycling federation, the FVSR, reports Reuters. It is not yet known whether the UCI intends to appeal the decision.

The 30-year-old, who has always protested his innocence and says he ingested the substance accidentally, withdrew from July’s race after testing positive for hydrochlorothiazide from a sample taken on the day of Stage 5 from Carhaix to Cap Frehel.

At the time, Katusha issued a statement saying that "Internal rules in Team Katusha say that the rider, if the B-sample also tests positive, he will be fired and will have to pay five times his salary as a fine."

After the B sample was also confirmed as positive, however, the team released a further statement which said, “Team Katusha will take the final decision about his future only after the decision of the competent body, that is to say the Russian Cycling Federation.”

The chair of the FVSR’s doping commission, Alexander Gusyatnikov, told Reuters: "We found him guilty but also took into account extenuating circumstances. We plan to forward our decision in writing to the International Cycling Union (UCI) in the next few days and only after that we'll be able to give a detailed explanation."

There has been no reaction to news of the sanction as yet from the UCI, although world cycling’s governing body does have the option of taking the case to the Court of Arbitration for Sport to appeal the FVSR’s decision, as does the World Anti-doping Agency, WADA..

Kolbnev has twice been runner-up in the World Championship Road Race, in Stuttgart in 2007 and at Mendrisio two years later, and was also awarded bronze in the Beijing Olympics road race, promoted from fourth place after Italy’s Davide Rebellin, who had finished second, tested positive for EPO-Cera.

In a statement published on his website on Thursday 27 September, Kolobnev said:

"In view of recent publications in the press about my case, I have to declare that the situation is as follows:

'Anti-Doping Commission of the Russian Cycling Federation rules that:

"In light of this situation and waiting for what the UCI will determine about my case, it´s still being early to make any judgments. I hope it can be resolved with the earliest convenience and in the best way possible."