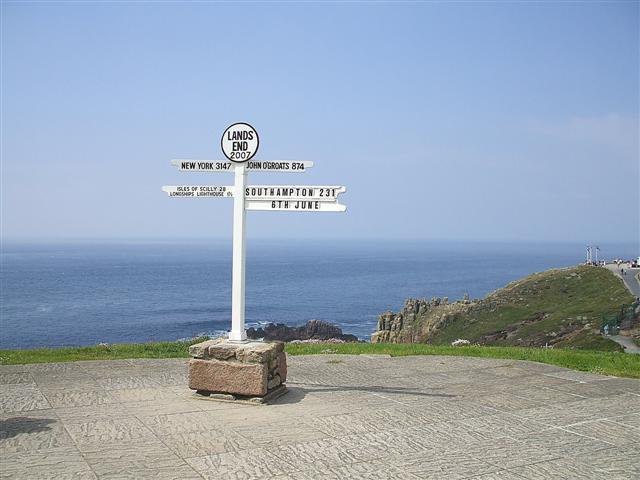 Cycling can be a cruel mistress at times but news of a would-be Land's End to John O’Groats tandem-riding couple’s misadventure is one of the sorrier tales we have heard in a while.

To celebrate their thirtieth wedding anniversary, Kenny and Lynn Taylor from Edinburgh were hoping to recreate the magic of their romantic 1981 wedding and honeymoon End-to-End ride.

The pair intended to renew their vows and have a party for family and friends at Gretna Green where they were married 30 years ago part way through the same trip. They also stood to raise £1000 for the Teenage Cancer Trust on completion of the journey.

But only half an hour or so after setting off from Land’s End, disaster struck as Kenny attempted an on-the-move wheel-fettle.

"We were five miles from Land's End and I heard a funny noise coming from the front wheel,” he told the Scotsman.

"Instead of stopping to have a look, I tried to fiddle about with it while cycling. The next thing I knew I was over the handlebars."

The 52-year old’s fingers had caught in the spokes, sending him crashing to the ground.

A nearby householder called for an ambulance and on arrival at A&E Kenny was found to have fractured a humerus bone and dislocated a shoulder, bringing the adventure to a sudden and painful end.

"It was excruciating, not just physically but emotionally, because it was very frustrating not to be able to fulfil our plans," he said.

But Kenny is thankful for the small mercy that he and his wife were not more seriously hurt: "It could have been so much worse because it was on a busy road and, if there had been a car coming, the outcome could have been very different."

Undaunted, although rueing what might have been Kenny, is already consigning the experience to history and looking forward.

He said of the trip: "It has been meticulously planned for the last 12 months. We liked the challenge of doing it again 30 years later and were both fairly confident that we could do it. We will have to wait until next year now but we're still determined to try it again."

He added: "The most ironic thing is that this was the first time I have crashed in 30 years of cycling, and it happened on the day of our most important cycling trip."