Looks a bit murky today which reminds us to be thinking about the coming Autumn showers but that's not all, no sirree!
by nick_rearden

The RIDE cycling clothing brand is new and UK-based but the garments themselves are all made in Italy where they ought to know about that kind of thing. The designers are aiming for a premium sporty look and feel but the prices are keen and we like the plain, unfussy style.

The Tricolore Jersey is made in men's and women's shapes and as well as underarm 'aerator' panels there is also a zipped waterproof phone security compartment to complement the usual three large rear pockets. More pertinent for today's gloomy sky is the Protector Jacket which comes in this spaceman silver finish as well as fluo yellow and there's a through-pocket to reach the stuff in your jersey pockets. Both garments £39.99.

The latest - third - generation of SKS's Raceday aluminium mini-pump is up for the Dutch Design Awards in the 'Best Consumer Product' category against, among other things, a light fitting, a paint can and stacking chairs. In the UK, we'll know that cycling has achieved complete public acceptance when a humble bicycle pump is considered worthy of a design award. Meanwhile the Netherlands judges have a better sense of the important things in life and liked the nice feel of the £20 pump where the asymmetric ends make it easy to grip and achieve the 144psi maximum pressure. The winner will be decided in October. Good luck, SKS. The 47 gram Bryton Cardio 30 GPS watch might be all you need if you're happy to let GPS record your rides and download the route data once you're home. In the meantime, speed, average speed, distance, heart-rate and a whole choice of performance target zones are displayed in real time on your wrist. The price is £139.99 or £179.99 complete with a heart rate strap. The unit is also Ant+ compatible for wireless comms with other manufacturer's cadence and HRM straps. 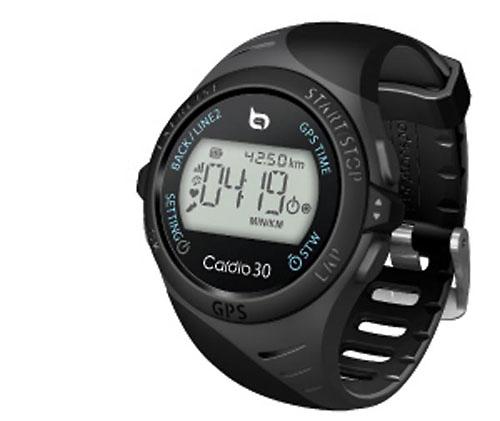 Forgive us that we like the name but we also love the natural leather held in place on your handlebars in the style of a traditional football. There are loads of colours choices to suit both fixie fashionistas and touring dropped-bar traditionalists. Price is £39.

Priced from £12 - £15, the new BBB Primefold seatpack tools ingeniously combine all the allen-keys, Torx fittings and gadgets you're likely to need and we particularly like the look of the Primefold Large which includes a tyre lever and a pen-knife-blade among the 12 tools on offer. The Dutch brand BBB seems to be grabbing a sizeable share of the everything-you-need basics market and the quality seems to be good. Not tested yet but we're working on it.

SRAM electronic shifting and braking to launch at Eurobike?

We're planning for Eurobike, the huge German bike show at the end of the month that showcases pretty much everything that's coming up in 2012 and as in previous years we'll be there with our pencils sharpened and our camera batteries freshly charged. One of the first invitations we've received is from the folks at American components-maker SRAM who tell us it's going to be 'something big'. Well, they would say that, wouldn't they? But we're already speculating whether this is the long-awaited launch of an electronically-shifting drivetrain. But why stop there? The Swedish website 'happymtb' speculated in plausible detail back on April Fools Day 2009 that SRAM would launch not just electric shifting but braking as well. They wouldn't would they?

Home-trainer-maker Minoura teams up with The Sufferfest

True, it's depressing to be thinking about the forthcoming winter period but nobody has better embraced the utter misery of off-season training than the folks at website The Sufferfest which for the past two years has published a brilliant series of downloadable films to accompany and indeed motivate your hallway roller-training sessions. This year they've hooked up with Japanese trainer brand Minoura to offer a free download worth £11.99 featuring its 'Local Hero' session with every V-Series or Magteq unit sold. The boxes are specially marked and stock will be shipping to dealers any minute. If you must wear jeans for cycling better make 'em Muxu

We last wrote about Barcelona cycling clothing brand Muxu when they first launched earlier last year and it seems to have done pretty well offering street-style clothing that's tweaked for the demands of cycling. We've reviewed various of its items including a very popular cyclist's Polo Shirt. The latest launch is a pair of jeans made from Japanese stretch denim that also has a seamless crotch, a waistband tailored to allow for a crouched riding position and a reflective patch on the inside of the right leg where it rolls up in the obligatory Faringdon fixie style. Price is £90. What can we possible say about Jens Voigt? We're even more lost for words about the Jens Voigt Army, a loose assemblage of deranged fans who have now produced an app for iPhone and, yes, Android too that reproduces the priceless sayings of everyone's favourite German pro cyclist. Apart from the classic 'Shut Up Legs', for the equivalent of $1 you get 'Gimme some sort of bike, gimme anything' and over 20 other quotable Jens quotes, only some of which you'll be able to play to your mum. It's insane but so good.