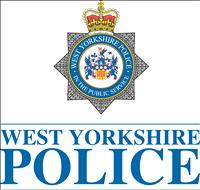 West Yorkshire Police have launched an appeal for information after a man was found unconscious in the Leeds-Liverpool canal with his bike missing.

The 51-year-old man, from Horsforth near Leeds, was discovered by passers-by floating unconscious in a stretch of the canal off Leeds and Bradford Road, Kirkstall, at about 7pm on Saturday.

He was treated by ambulance staff at the scene and then taken to Leeds General Infirmary by air ambulance where he is in a critical but stable condition.

Police believe the man had been cycling along the towpath prior to being found, but his bike – a brown 20-inch frame Apollo Vortice – has not been recovered.

Divers from the Force’s Underwater Search Team have searched the part of the canal where the man was found but police say it is possible the missing bike could be in a different stretch of water or may have been taken from the scene by someone else.

Detective Chief Inspector Simon Bottomley, of the Homicide and Major Enquiry Team, said: “There could be a number explanations as to how this man came to be in the canal and we are keeping an open mind at this time. It may have been an accident or he may have been the victim of an assault.”

“I am keen to hear from anyone who has seen this man cycling along the towpath in this area around 7pm or who has any information about the whereabouts of his brown Apollo Vortice mountain bike.”

Anyone who saw the man cycling on the towpath or who has any information that could assist the investigation is asked to contact detectives on 01924 334692.