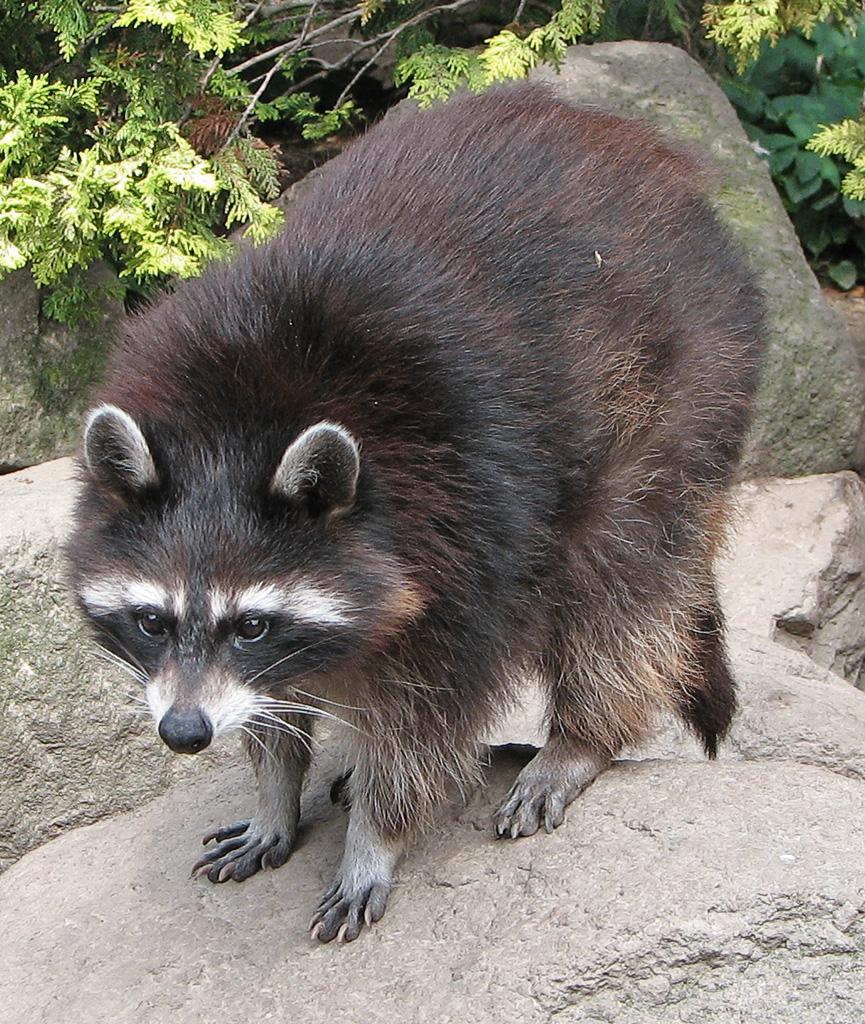 We’ve had a couple of, um, unusual stories from America lately involving cyclists being injured as a result of comings-together with native wildlife (brown bears as it happens) but this one takes us into the realm of the surreal.

On Sunday morning, a 48-year old cyclist riding his bike near New York state’s Rockefeller State Park was slightly injured by a fragment from, or dislodged by, a bullet fired by a police officer who had been requested to shoot a racoon. Lohud.com reports that the animal was discovered sick or injured by the State Park police who requested one of their colleagues from the nearby town police force be sent to put the creature out of its misery.

Here in the UK a vet might be considered an appropriately qualified professional to euthanize a sick or injured animal but it seems that in the US the job can be carried out just as effectively by policeman equipped with a .40-calibre handgun.

Having despatched the unfortunate critter the officer moved it to the side of the road and returned to his regular patrol duties.

Some time later that morning the cyclist rode up to Sleepy Hollow Police Headquarters (no, we are NOT making this up) and explained that while riding his bike he had heard a gunshot and immediately felt a stinging pain in his leg whereupon he looked down to see a small cut on his left shin.

At the time he was situated at a spot about 170ft from the where the racoon came to its sticky end, separated from it by a major four-lane highway, heavy woodland and a fence.

The cyclist then rode the two or three miles from the scene of the incident to the police station to report it.

Police insisted the man receive medical attention and he was taken to a local hospital where no bullet fragment was found.

The local Police Chief, Louis Alagno, said: "It appears to be a freakish accident. The officer took all proper precautions. Thankfully, the bike rider was not seriously hurt."

Without a bullet or some other fragment, Alagno said it is impossible to determine exactly what struck the rider.