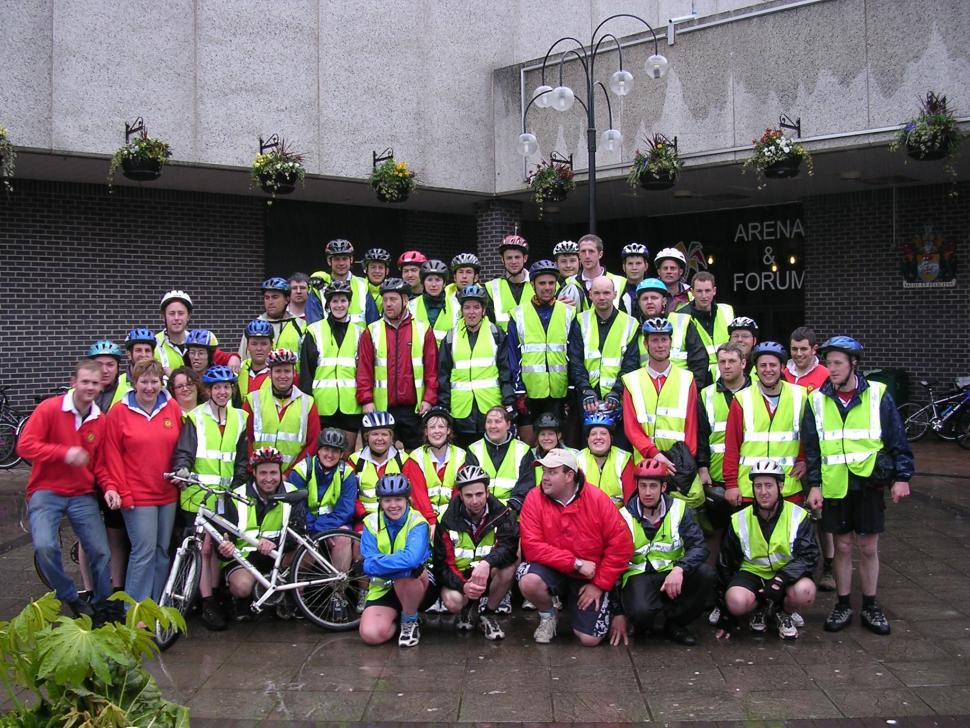 Surely one of the more bizarre farming traditions, if only because of its name, members of the Cornwall Federation of Young Farmers’ Clubs will set off on their 400-mile "WotNot" cycle ride this weekend.

The “Tower to Tower” challenge will see the group of 28 cycle from Tower Bridge in London to the Blackpool Tower in time for their AGM. They will camp on the floors of village halls and shower in local swimming pool facilities to keep costs down for their fund-raising journey - a circuitous route of 400 miles during which they'll meet up with other young farmers along the way.

The members of the Cornwall Federation are carrying on a 20-year tradition nicknamed the ‘WotNot’, when the county chairman challenges them to reach their destination by bike, sometimes on foot, and occasionally a combination of both.

Previous WotNots have seen the group travelling to Northern Ireland, France, Belgium, Ireland, Holland and...er...Majorca in this manner, although county secretary, Kate Nancarrow, admits that particular year was a bit of a cheat. She told road.cc: "In 2001, the year that there was foot and mouth, there wasn't an AGM so they went on holiday to Majorca instead and it was called 'The WhatNot that was not."

Kate was unable to shed any light upon the origins of the event's title saying: "We couldn't think of anything more original than that."

The 400-mile route starts at Tower Bridge on Saturday and sees the team taking a ferry to Tower Pier, heading out to Tilbury, and then cycling to Colchester and Ipswich. They will travel through Suffolk, Norfolk, Lincolnshire and up to Bishop Burton Agricultural College, in Yorkshire. By Thursday they will be in Skipton and they will reach their destination on Friday.

While the 28 members have been busy preparing for their escapades, on the other side of the world in New Zealand, Cornwall YFC member, Steve Butter from Launceston has just finished completing a WotNot of his own having cycled the length of the North Island.

Steve said: “I like cycling, think it’s a good way to see a country, had a week on my hands and hadn’t had much adventure since I’d left Asia”.

Steve averaged 70 miles a day and got the adventure he was looking for, being pulled over by police shortly after setting off for taking a shortcut on a motorway.

The WotNotters are raising money for Epilepsy Support for Young People in Cornwall and Epilepsy Action.