Fixie Inc. create a pretty select range of steel and titanium bikes of the road and fixed variety, almost to the point of being fashionably niche and they're not afraid to be innovative or quirky, depending on your point of view, with belt-drives, Velcro mudguards and bike-polo mallets featuring in the mix, and the Pure Blood is their cyclo-cross offering. The Fixie boys from Germany have been making a disc specific cyclo-cross bike long before the UCI made it legal and long before it was the thing to do, and this burly little yellow offering is a development from their previous elegantly red and white Pure Blood that had been kicking around in the dirt for a few years. 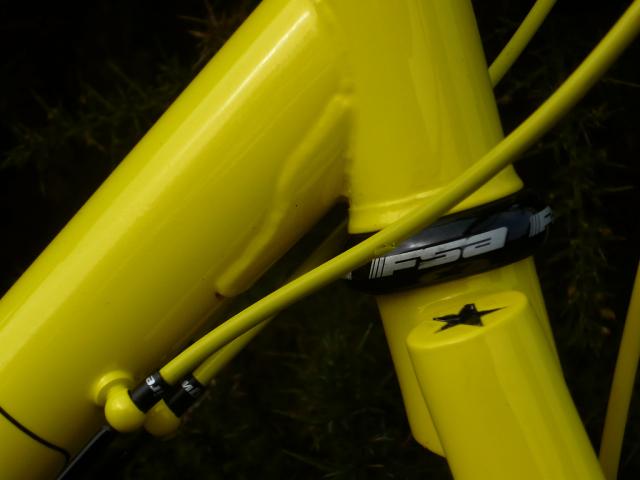 Made from superlight custom drawn 4130 double-butted and heat-treated "Aircraft Steel" pipes joined together with a combination of fillet brazing and TIG welding, the actual provenance of the tubing isn't revealed as Fixie Inc. say they like to mix and match the tubing according to it's most appropriate use on the frame.

The seat-tube and slightly sloping top-tube are both tapered to offer "superior comfort", gussets grace the down-tube to head-tube junction and extend from the bottom-bracket onto the chainstays to add strength without adding weight, and the sturdy looking three-piece fork matches the wishbone rear-end.

The single bottle-cage mount is high on the down tube for a short reach to refreshment and leave room in the frame triangle for bike shouldering. Mudguard or rack eyes are conspicuous by their absence on the fork or anywhere on the rear triangle which limits the versatility of the Pure Blood, no doubt disappointing the "I want a once specialist and task specific machine to be my tourer and commuter and racer all at the same time now" crowd, but probably please the racier types, although the discs will annoy the purists, even if the brake callipers are post-mounted, eliminating all sorts of aesthetically fussy adaptors. 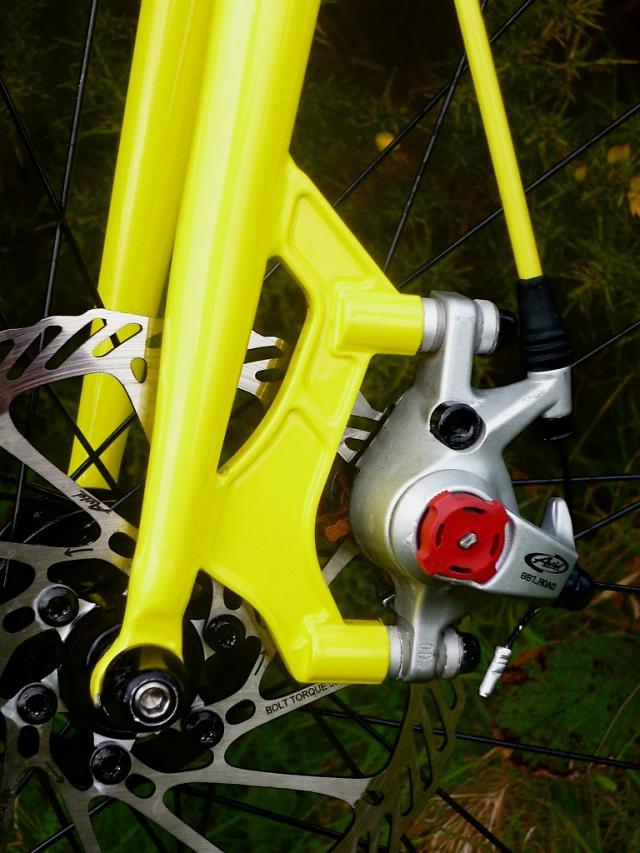 The rear-dropouts have been changed from it's ancestor's interchangeable units that allowed the Pure Blood to be either used with gears or run as a singlespeed because apparently not many people at all bothered to switch things around, so in their place are Fixie Inc's own design of minimal and lightweight dropout. 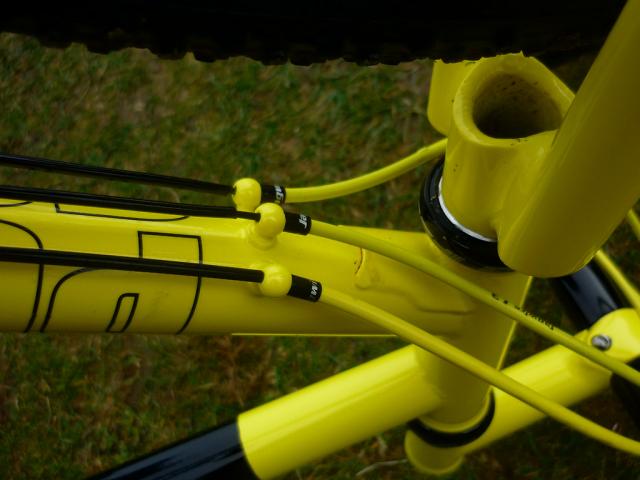 Cables all run underneath the down-tube to the bottom-bracket where they're sheathed to be safe from the mud, and front and rear disc cables run through the fork leg and left-hand chainstay respectively, with the internal cable-runs being sleeved to make swapping cables less frustrating. According to the Fixies this keeps everything out the way and stops errant cable loops snagging on both bush and rider, a tidying concept echoed by the rear calliper mounted on the chainstay, inside the rear triangle out of harm's way. The front mech cable stop behind the seat-tube has an adjuster threaded into it to help with tweaking and both brake cables have in-line cable-adjusters by the stem so brakes can be kept tight on the move, all of which is very handy for a bike that's supposed to get worn down by the slop at regular intervals. Finished in a striking Acid Yellow the frame is sprinkled with references to Flanders, the gritty romantic heartland of cyclo-cross, the cranks, seatpost and saddle are all decorated with the lion rampant sable, as is the custom painted stem which is topped off with a beer bottle-top. You can't have Belgium without beer.

One rung down from the top of the ladder SRAM Force takes care of the levers and gears via Jagwire custom cables to Avid BB7 road callipers that rub 160mm rotors. The Fixie Inc. CX chainset comes with 34/46 chainrings matched to a SRAM 11-28 cassette to create gearing that’s perfect for cross, and the cranks get longer as the frames get larger. Contact points are sorted by a Fixie Inc. race saddle with Kevlar edges that sits on top of a Fixie Inc. 27.2mm seatpost. A custom painted Fixie fillet brazed steel -10° stem holds onto a set of their oversize compact bars with a 70mm reach and 120mm drop that widen with frame size. The Fixie Inc. SL 32 hole disc hubs are laced to Alex R380 rims shod with Maxxis Larsen Mimo CX folding 700x35C tyres. An FSA Orbit X Aheadset is topped off by that beercap, and you get a chainstay wrap. Price for the Pure Blood is a quite exclusive £2399 for the complete bike or £999 for the framekit (frame, fork, stem)

A quick spin up and down the hill on this sample with the saddle a bit too high and the brakes the wrong way round revealed a ride that was considerably lighter and skippier than the chunky looking fork and rear seatstays would have you imagine, even though this was a prototype at 22lbs and carrying almost 1lb over the production model it was still a fun and sprightly machine, lively even, and although it can't compete on the scales with a similarly priced flighty alloy or plastic race machine on the basis of this brief blast we'd be more than happy to suffer on it for an hour. We've been promised one later in the year when production models are available, just in time for the 'cross season, looking forward to that.