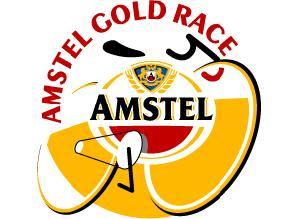 Philippe Gilbert of Omega Pharma Lotto won the Amstel Gold Race for the second year running this afternoon, after fighting it out in the final few hundred metres with Katusha's Joaquim Rodriguez. Leopard Trek's Andy Schleck had attacked 12km out but never established a big enough cushion to stay clear and frustratingly for the Leopard Trek man, he was caught just inside the final kilometre. Team Sky's Simon Gerrans finished third to complete the podium.

The Belgian, 3rd in Milan San Remo and winner of the Strade Bianche, once again proved himself to be the strongest man on the day's 32nd and final climb, the Cauberg, which had already been climbed twice earlier in the 258km race that began this morning in Maastricht.

His victory was all the more impressive given that he alone had seemed willing to push to try and bring Schleck back after the Luxembourg rider, who had finished in 10th place 12 months ago, made his move. As the race went under the flamme rouge it was clear that the Leopard Trek rider's move was doomed to failure.

With 300 metres top go, it appeared as though Gilbert's earlier efforts might have sapped his strength and that Rodrigez, riding for a Katusha team that boasted several danger men including Danilo di Luca, Alexandr Kolobnev and Sergei Ivanov, might claim the day.

Gilbert, however, wasn't done and roared past the Spaniard to continue what is becoming something of a purple patch for Belgian cycling, with Tom Boonen winning Gent Wevelgem, Nick Nuyens the Tour of Flanders and Johan Van Summeren last week's Paris-Roubaix.

It wasn’t until around a quarter of the way through the race that a break managed to stay clear, although the early part of the race had been punctuated by a series of attacks, each brought back by the peloton.

Although the quartet managed to establish a lead of around seven minutes on the peloton by the halfway point, they were brought back with around 80km still to race, and while a number of riders including Euskaltel-Euskadi's Samuel Sanchez, tried to launch attacks of their own, none managed to stay away.

In a frustrating afternoon for Leopard Trek, the other Schleck brother, Frank, who came seventh last year and is a past second-place finisher in this race, was involved in a crash 23km out that also saw team mate Fabian Cancellara out.