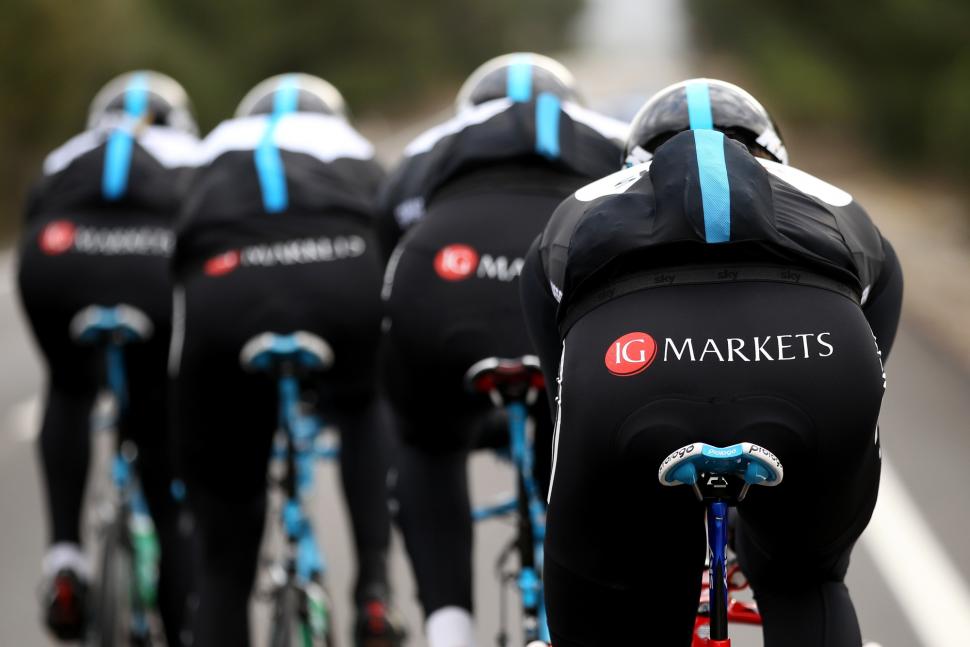 Cycle sport is to get a new rider ranking system, the IG Markets Pro Cycling Index, which will be compiled by sports statistics provider sports stats specialists Opta, who already provide statistics and player rankings for football, cricket, rugby and tennis.

The IG Index is designed to reward "moments of brilliance rather than months of consistency" – although on the official release this has changed to "alongside months of consistency" which is a slightly different concept. Rider rankings will be decided by a panel of experts, ex-professional cyclists and cycling commentators tand will be calculated on a rolling 12 month basis going live for this year's Tour de France.

IG Markets whose business is dealing in financial derivatives and who also co-sponsor Team Sky, say that the Index combines their knowledge of how markets work with Opta's knowledge of sports data. They want their new ranking system to become "the definitive world ranking system and reference point for the cycling community", we can see the UCI being really happy about that.

The IG Markets Index works by ranking races on their prestige and importance to cycling fans, with wins being rewarded much more highly than placings. There will also be bonuses for "winning with panache" and repeat victories.

Once live, the index will be updated regularly during the Grands Tours, major stage races and one-day races. Users will be able to view the exact breakdown of how races are tiered and how points are earned. Regular editorial comments will give further insight into the reasoning behind the number of points rewarded to a specific rider - which makes sense given that points are going to be awarded for such abstracts as "panache" rather than simply a rider's placing in a race.

Olly Stevens, Head of Marketing, IG Markets commented: “We are really excited about this new offering and believe it will give cycling fans a new way to understand who is the best cyclist in the world.  At IG Markets we pride ourselves in understanding how markets and indices work so it is a natural extension of our exciting sponsorship of Team Sky.  We hope everyone likes it and look forward to people’s views”

Dave Brailsford, Team Principle, Team Sky said: “it is great to see our new partner IG Markets developing their sponsorship and investing in the sport.  I’m sure fans will be intrigued to see a new way of ranking the world’s best cyclists.”

Some might wonder whether the new ranking system will merely be a statement of the obvious - most cycling fans don't need a ranking system to tell them who the world's best riders are. And it could be said that the beauty of the UCI ranking system is that it does go some way to highlighting those riders who consistently get the most from their talent rather than those able to pick and choose their races because of their star status.

The UCI rankings do give more weight to certain races - the winner of the Tour de France gets 200 ranking points with the other two grand tours being worth 170 points, the major classics valued at 100 points, and races like Amstel Gold or the GP Ouest France bagging the winner 80 ranking points. Second place at the Tour de France is worth 150 points on the UCI rankings and second place at Paris Roubaix 80 points with third place being worth 70 and points being awarded down to 10th place - 4 points, on the grand tours points are awarded down to 20th place. A recognition, it could be argued, that finishing that high up the field in many races is an achievement of note in itself – something we can't help think many cycling fans will agree with.

Given that the UCI rider rankings are used to calculate team and national rankings, and that a team's ranking (for the moment at least) determines whether it gets automatic entry to World Tour events - the IG Pro Cycling Index will have some way to go to supplant the UCI ranking.

That said, Opta have been successful at producing stats packages for various media formats and the betting and gaming industries so it's likely that they will bring some novelty and excitement to the party. We'll find out soon enough because road.cc's resident stato, Simon MacMichael, is currently embedded with IG Markets at the launch of ther new index at Paris Roubaix and is no doubt crunching facts and figures in between tweeting from the race.

You can follow the IG Pro Cycling Index on Twitter at www.twitter.com/ig_cycling. the index itself will be available to view at http://www.igmarkets.com/cycling/procyclingindex but not yet.