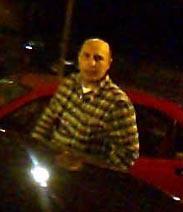 Video footage of a road rage attack on a cyclist has been released by Greater Manchester Police in a bid to track down the driver responsible - the video was shot by the cyclist on his helmet cam.

In the film a dark-coloured BMW is seen driving dangerously close to the rider, who remonstrates (politely) with the driver. The BMW then pulls over, blocking the rider in against the kerb and the driver proceed to get out and both verbally and physically assault the cyclist, grabbing him by the throat.

Appealing for help in identifying the assailant PC Matt Dixon of the GMP said “This is as clear an example of road rage as you are likely to see and we are working hard to identify the person responsible.

"The victim has every right to be on the road and it is not acceptable that he has been targeted in this way.”

"I want the driver, if he sees this appeal, to come forward and I also want to hear from anyone who knows who he is."

The incident happened in St John's Road in Longsight on 26 January. A cleaned-up still image on the Manchester Evening News website gives a reasonably clear picture of the driver who appears (0:23) to be wearing an ID card on a lanyard which might indicate he is licensed by a local authority in the way a minicab driver would be.

Given the debate about the use of helmet cams on road.cc recently and the suggestion by some that they are in themselves a "provocation" to drivers it is worth noting that in this case the driver seems to stop once he is made aware that the incident is being recorded on camera.