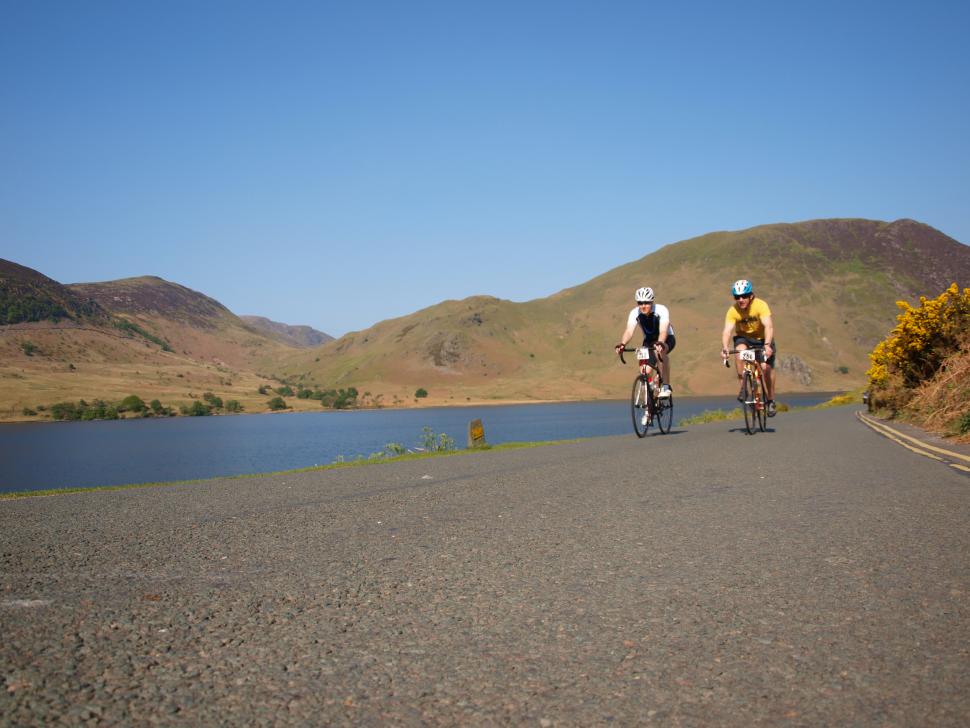 Cumbrian cycling on the up despite loss of Connect2 cash

Hard on the heels of the news that Carlisle City Council has lost out on £1m of Sustrans Connect2 funding comes confirmation that parts of Cumbria are experiencing a cycling boom.

The Westmorland Gazette reports that Cumbria County Council’s annual traffic count has shown an 11 per cent increase in the number of cycle journeys in the town of Kendal between 2007 and 2010.

And Kendal’s canal cycle route has seen a 52 per cent rise in use since resurfacing work was carried out in 2008.

Liz Ashburn, of South Lakes Action on Climate Change (SLACC), told the Gazette: “These figures show that providing good cycle routes is an extremely effective way of tackling congestion, air quality and climate change at the same time as improving health for people of all ages.”

Meanwhile in Carlisle, the City Council, faced with scathing criticism from a local cycle advocacy group, is mounting a rearguard public relations action, suggesting that it is not at fault for the loss of £975,000 of Connect2 funding. The council even appears to be clinging to the forlorn hope that Sustrans’ decision might be reversed.

A council statement says: “The City Council remains firmly committed to the delivery of the whole Carlisle Connect2 scheme subject to financial support from our partners, including Sustrans.

“Sustrans are a valued partner and the City Council is deeply saddened that they have decided to withdraw funding from the scheme. The City Council believes that the amended scheme is still deliverable and indeed the situation is improved with recent offers of assistance towards the scheme from the County Council.

“The City Council will continue to progress the scheme as funds become available and hopes that this is not the end of Sustrans involvement with the scheme.

“Carlisle City Council have sought to meet with Sustrans on a number of occasions since the New Year to try and resolve these issues unfortunately these requests to meet have not yet been accepted and the City Council is still keen to meet Sustrans as soon as possible.”

A Sustrans spokesman told road.cc that the only possibility for Carlisle City Council to access Connect2 funding would be for the authority to submit an entirely new project plan with a guarantee of delivery before the 2013 deadline.

Given the council's inability to deliver any elements of the project to date, that prospect seems remote, especially in view of the other, ready-to-go reserve schemes which are eyeing the cash made available by the loss of the Carlisle scheme.