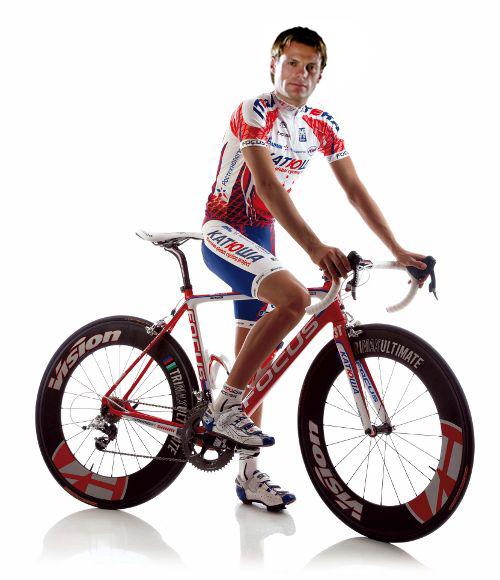 World cycling’s governing body, the UCI, has announced that Italian rider Danilo di Luca is free to return to competition after paying a fine of €173,600, provided that he also pays a further €8,000 in “procedural costs” by next Friday 11 February.

The 35-year-old, winner of the 2007 Giro, has recently signed to Russian team Katusha ahead of his return from a two-year suspension, subsequently reduced to 15 months as a result of his co-operation with the authorities.

That ban had been imposed after he tested positive for CERA during the 2009 Giro d’Italia, a race in which he had finished runner-up to Denis Menchov.

In fact, Di Luca tesitive positive on two separate occasions during that race, having been targeted under the UCI’s biological passport programme. In 2007, he had also been involved in doping-related controversy, which led to a three-month ban during the close season.

Besides his latest ban, Di Luca, who rode for LPR Brakes-Ballan at the time of his positive test, had received a financial penalty in accordance with UCI rules introduced on 1 January 2009 under which riders banned for doping are fined the equivalent of their annual net salary.

The amount being paid by di Luca is lower than the €280,000 he was originally fined, the difference being roughly proportionate to the reduction in the length of his ban.

Last month, Di Luca hit the headlines when he claimed that his contract with Katusha would mean that he would race for the Russian team without drawing a salary, and would be remunerated by prize money instead.

It is understood that Katusha will now pay him a salary after the UCI pointed out that the proposed compensation package fell foul of its minimum salary regulations, designed to prevent the exploitation of young or journeymen professionals.