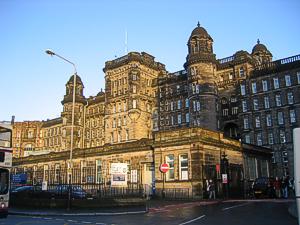 Cyclist dies 18 months after being crushed by tanker

A young Polish woman who was crushed by a lorry in Aberdeen 18 months ago, has died two days after her infected legs were amputated in a bid to save her life reports the Scotsman.

Milena Gott, 22, suffered severe injuries to her legs and pelvis when knocked off her bike by a Carntyne Transport tanker lorry on a busy roundabout in July 2009.

When the case came before Aberdeen Sheriff Court, lorry driver Richard Fox said he did not check his mirrors properly and did not see the cyclist. He admitted driving without due care and attention or without reasonable consideration for other road users, thereby causing the accident at Garthdee roundabout on July 2, 2009. He received a £340 fine and had five penalty points added to his licence.

During her extensive and painful treatment, Milena underwent a succession of skin grafts and other operations but died in Glasgow Royal Infirmary on Saturday, two days after her legs were amputated.

Her sister Alice, 29, told the Scotsman: "She was fighting for 18 months in hospital, but her injuries were just too much. The doctors had to amputate her legs as the infection became so bad.

"But just two days after the operation she didn't wake up. It was too much for her body to handle. The operation was too tough for her heart. She couldn't fight it any more."

Ms Gott had moved to Aberdeen to study at Aberdeen University and following the accident was initially treated at the Aberdeen Royal Infirmary before eventually being transferred to Glasgow for specialist treatment.

She had been told by doctors several months after her treatment began that she would never be able to walk again but still clung on to some thoughts of a life beyond a hospital bed.

Last October, prior to her transfer to the Glasgow Royal Infirmary, she said: "My whole body still hurts, but I am just taking each day at a time."

"I have given up hope of getting out any time soon. I just hope to start studying the university course in hospital. I think if I can start my studies again and do work in hospital it will help me."

After Ms Gott’s death her sister said: "We are all so upset. She was a lovely girl, who was so clever and happy before the accident. She was the best sister I could have ever asked for. My mum is heartbroken.

"She was an amazing person who didn't deserve any of this. She was always there if I needed her. It's absolutely devastating. She was loved so much and she will never be forgotten."

Ms Gott's funeral is to be held at the Maryhill Crematorium in Glasgow, on Thursday.