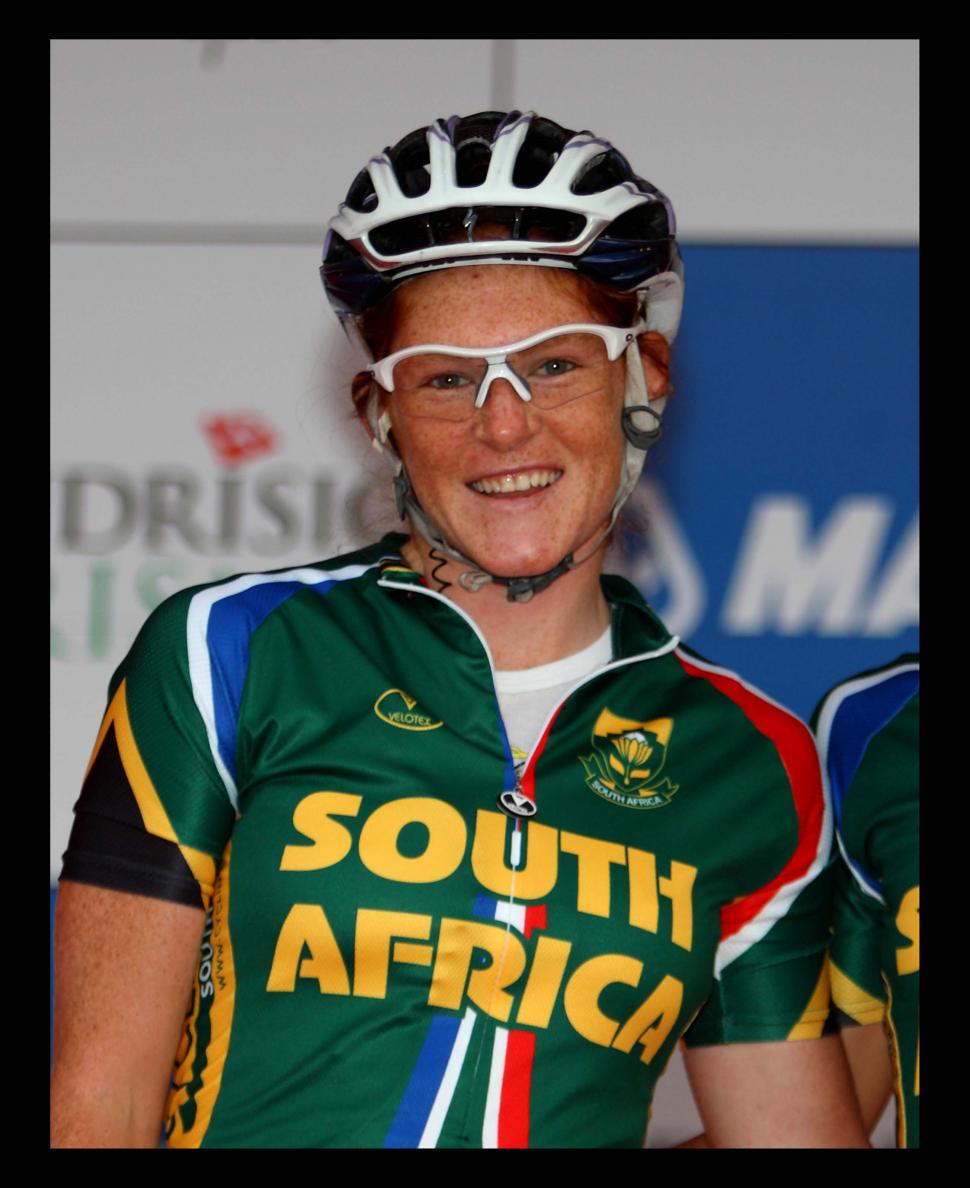 Top South African cyclist Carla Swart was killed today on a training ride in the Orange Free State. The fatal accident took place less than 24 hours after a promising British cyclist, Lewis Balyckyi, died following a collision with a van while out training in Lancashire.

According to the Cycling South Africa team manager, Barry Austin who saw the incident in which Carla Swart died, the 23 year old rider turned around in front of an oncoming truck when she dropped her cycle computer - she was doing training intervals on the straight stretch of road at the time.

“I could see how the driver pushed as hard as he could on his brakes...the truck hit Swart full on, flinging her into the air,” said Austin in a statement released by the cycling organisation. According to local media reports Carla died before she reached hospital.

After finishing 10th at last year's World Road Championships and 8th at the Commonwealth Games, Swart looked to have a bright future ahead of here, she had recently signed for HTC-Highroad's women's team and had only recently returned to South Africa after attending the team's training camp in California. A statement on the team's website simply said:

"Carla, in such a short time you became part of our family and touched us all with your vibrant personality and your constant smile. You infected us with your zest for life and we will forever have you in our hearts.

Our wishes go out to Carla's family and loved ones."

Hendrik Lemmer, director of road cycling at CyclingSA, said: “Today we lost a teammate, friend and fellow rider. It was Carla’s dream to represent South Africa at the world championships and she did us proud on and off the bike while living her dream. “

Deon Swart, Carla’s father, wrote on her Facebook wall: “Carla's dad here. We all know Carla has claimed here place in Heaven. She was in an cycling accident today in South Africa while training. Thanks to everyone that was so involved in her life and career. RIP Carla. What more can I say at this stage.”

Carla Swart's death comes only days after top Australian women's rider, Amber Halliday was seriously injured while racing at the Tour Down Under - she remains in a critical condition in hospital with severe head and facial injuries.

According to the This Is Lancashire website, the fatal accident took place at 5pm yesterday evening on North Road in Bretherton and involved a Ford Transit van. The teenager, who was due to ride fofr a club in Britanny this year and had ambitions of joining the Olympic Academy programme, was pronounced dead at the scene.

Sergeant Gareth Hill said: “The investigation into this collision is continuing and I would ask anybody who witnessed it to contact police.”