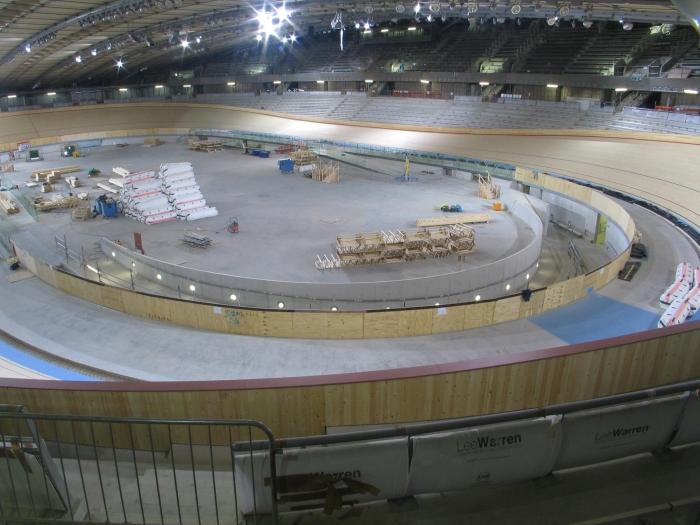 Organisers of the London 2012 Olympics were justifiably proud when they unveiled the completed track at the Olympic Park’s Velodrome last month, but it’s only now emerged how close they came to catastrophe after someone forgot to order the required timber in April last year.

Billed as the fastest track in the world, Siberian pine timbers were to be used, a wood particularly suited to the task because it grows long and straight.

According to a report on the Telegraph website, however, when the track designer, Ron Webb, was discussing the track with the German company that will cut the trees to provide the planks for the boards, it came to light that the timber hadn’t been ordered.

As it turned out, the mill – which expat Australian Webb has used to source timber for 25 velodromes, starting with Edinburgh and ending with London, coming out of retirement to design it – was able to divert wood from another project to the Olympic track.

"The order had to go through the Olympic process but someone forgot to order the wood last April," Webb told the Telegraph. "I was giving up hope actually that we would get the wood but the German mill found us another shipment and they went to a lot of trouble to help us.”

"If the wood hadn't been on a barge (having been cut from the forest during a narrow window of optimum climate) at that time it would have put the project back more than 12 months."

That delay would have been unlikely to affect the Olympic Games itself, since the velodrome is on target to be completed next month, although if it were finished 12 months later that would presumably affect testing and ramp-up events.

There’s another reason why it is important to have the track completed now, however, as Webb explains – sooner it gets used for its intended purpose, the more chance the boards will have to breathe.

"By next summer there should be cyclists on the track so that the velodrome is opened up and well ventilated and being maintained," Webb revealed.

"Not using it would be like building a house and then closing it up, you don't do it."

Webb also gave an illustration of how the track’s design can potentially help cyclists set world records, saying: "In designing this track you take the centrifugal forces – at full speed a cyclist and his bike weighs about 100kg and they are doing 42 mph – and in that last half of the curve they take on another 70kg worth of centrifugal pressure, so they weigh 170kg at that point into the straight.

"You want to give the cyclists the best exit out of the curve that they can use to throw themselves out of, into the straight." That ‘best exit” apparently isn’t in the middle of the camber, but down towards the sprinters’ lane.

The track’s design differs from that of the Manchester velodrome, with a finishing straight that is 5 metres longer, as wanted by Team GB’s head coach, Shane Sutton.

Webb himself however, is happy just to have designed the track and has no plans to ride it himself.

"I used to do it, but not now, that's for the fast cyclists," he told the Telegraph. "I will just come and watch them compete at the Olympics."