It's not often that we get a bike in the road.cc offices that's named after a theory that postulates the existence of invisible lifeforms in the dark matter that makes up a major part of the universe. In fact it's only happened once, would you believe. And that bike is the Vitus Dark Plasma.

The Vitus name has a long, and some might say chequered, history in the bike trade. They're best remembered, fondly by some and less so by others, for their bonded 979 Aluminium frames in the late 1970s and early 1980s; the small diameter tubes were revolutionary at the time and offered plenty of comfort but at the expense of a certain amount of rigidity. Vitus were early adopters of Carbon too, making bonded frames based on their Aluminium ones in the early 1980s. Things went dark (sorry) for quite a while, but now Vitus is back, and in the UK they're exclusively available via Chain Reaction Cycles. 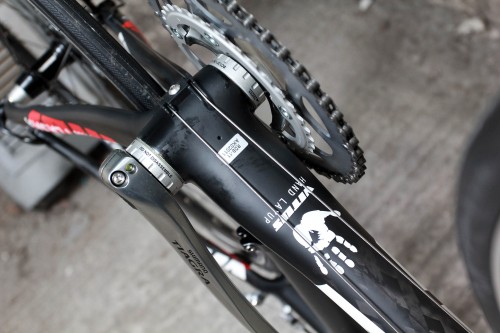 So can we expect an esoteric method of construction this time around? Well, no. The Dark Plasma is certainly a nice-looking frame though, constructed from high modulus Carbon with a 12K weave finish. That's mated to a full Carbon fork which on the Vitus website ends with a couple of spacers and a nice Control Tech stem, but on our test model you get eleven – count 'em – spacers for some serious fine tuning ability.You might be tempted to get your hacksaw out though if you want to get aero. 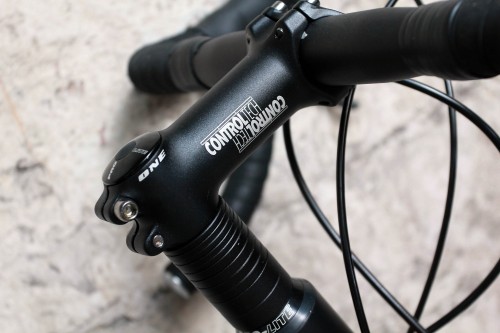 The Dark Plasma retails for £1149.99, so to get the full Carbon frame and fork at that money the kit is reliable rather than mouthwatering, but overall the bike looks pretty good value and you'd expect that the frame will be well worthy of upgrading. As specced you get a full Shimano Tiagra groupset, Vitus-branded wheels (made by Pro-Lite, so they should be well built) and Control Tech stem, bars and seatpost with Vitus' own saddle. That's a package that weighs in at 8.8kg (19.4lb) which isn't too shabby. 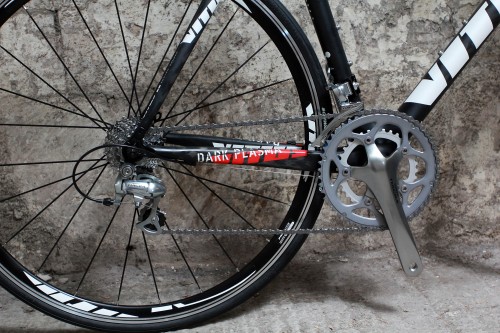 Vitus are pitching the bike as fit for everything from Audax to racing via club runs and sportives, so it'll be interesting to see which of those types of riding it suits best. Certainly it's shorter and consequently a bit more upright than Vitus' higher-end bikes, which suggests it'll be happier at the Sportive start line than the local crit, but we'll give it a thrash and let you know. Stay tuned.