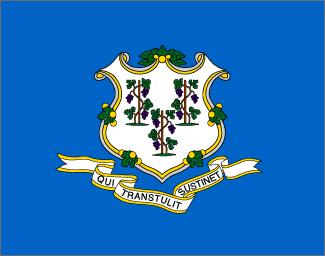 The parents of an American teenager who died when he was struck by a car are being sued by the driver currently serving a ten-year sentence for his manslaughter because their son wasn’t wearing a cycle helmet.

Matthew Kenney, aged 14, was killed near Waterbury, Connecticut, in April 2007 when he was hit by a car driven by 48-year-old David Weaving, who was overtaking another vehicle at 83mph on a road with a maximum permitted speed of 45mph.

Following Weaving’s conviction in December 2008, Matthew’s parents, Stephen and Joanne, sued him for more than $15,000 damages. Weaving, however, has in turn issued them with a handwritten countersuit in which he accuses the couple of contributory negligence through permitting their son to ride without a helmet.

He is also seeking more than $15,000 in damages from the bereaved parents, alleging that he has suffered “great mental and emotional pain and suffering" and has lost his "capacity to carry on in life's activities," and is also claiming wrongful arrest and imprisonment.

According to a report on MSNBC, since the late 1990s, Weaving has been arrested on five occasions for drunken driving, leading to his being convicted of the offence four times.

While alcohol was not a factor in the accident that killed their son, the Kenneys maintain that his license should have been revoked in 1999 as a result of those multiple convictions, and have applied for permission to sue the state’s Department of Motor Vehicles and its commissioner.

Weaving claims that he was adhering to the speed limit and not driving recklessly when the fatal collision happened, and in his lawsuit alleges that had Matthew’s parents “complied with the responsibilities of a parent and guardian and the laws of this state and not allowed their son to ride his bicycle without a helmet and to play out in the middle of Rt. 69 ... this incident and Matthew's death would not have happened."

However, under a law introduced in 1997, while children aged 15 years and under in Connecticut are required to wear a bicycle helmet, "Failure to comply with this section shall not be a violation or an offense," and "Failure to wear protective headgear as required by this subsection shall not be considered to be contributory negligence on the part of the parent or the child nor shall such failure be admissible in any civil action."

Mrs Kenney described his lawsuit as “unbelievable,” and points out that while she and her husband have to pay for legal fees and court costs for their action, Weaving, as a prisoner, incurs no such costs since he is viewed as “indigent” under state law.

"I just think it's crazy that they have the ability to do this behind bars," she explained. "I think inmates have too many rights. They're the ones who committed the crimes, not us. And we're the ones who suffer more."

State Victim Advocate Michelle Cruz also expressed outrage at Weaving’s lawsuit. "Blaming the victim is just offensive," she said. "It takes obviously a very unique individual to go after the family of a deceased child. I would say it's an unsound lawsuit."

However, attorney Andrew Cates, who represented Weaving in an unsuccessful appeal against his conviction but has no involvement in the current action, believes that his former client is within his rights to pursue the action.

"I can see their side of it. I'm a parent," he maintained. "But I can also see the other side of it. If you're driving down the street and your car makes contact with a pedestrian and you think it's the pedestrian's fault, you have to raise the issue."

While the case is bound to prompt thoughts of “only in America” and “it couldn’t happen here,” it’s worth reflecting that the same used to be said not so long ago of ambulance-chasing lawyers operating on a “no-win, no-fee” basis.