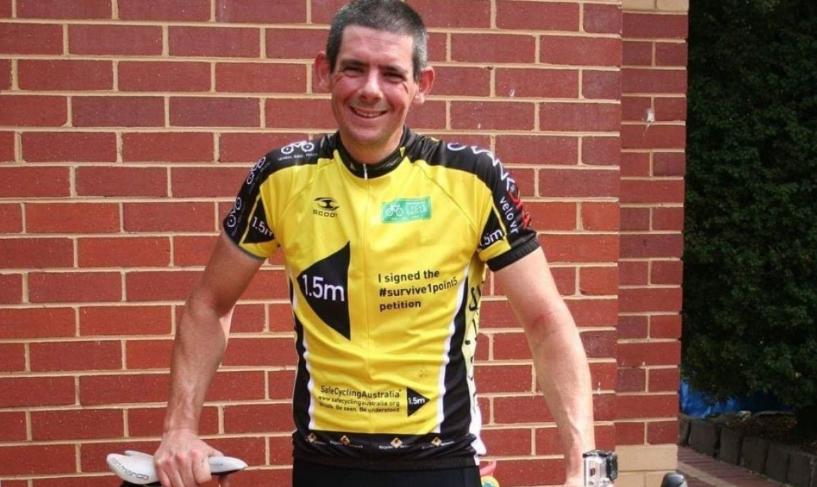 Victim Cameron Frewer, who contributed to our Near Miss of the Day feature, had been critical of lack of enforcement of safe overtaking law
by Simon_MacMichael

A driver who pleaded guilty to killing a cyclist in Australia who had campaigned for tougher laws against drivers who make close passes on bike riders and had contributed to road.cc’s Near Miss of the Day feature has failed to appear at his sentencing hearing.

Police in Queensland have issued a warrant for the arrest of John Joseph Taylor, who had pleaded guilty to dangerously operating or interfering with the operation of a vehicle causing death, and driving while a drug is present in blood or saliva, after he missed the hearing today at Maroochydore District Court, reports News.com.au.

Taylor was the driver of a ute that struck Cameron Frewer, aged 44, when he was on a morning bike ride close to his home on Queensland’s Sunshine Coast in November 2018, causing fatal injuries.

Following his death, News.com.au added its weight to campaigners calling on the state to properly enforce existing close passing laws which require motorists to leave a gap of at least 1 metre when overtaking a cyclist.

Shortly before his death, Mr Frewer had written an open letter to police, transport officials and cycling campaigners in which he expressed concern about the lack of enforcement of the law and the continuing danger that posed to him and others.

He forwarded the letter to his friend Anne Savage, who at the time was cheief executive of Bicycle Queensland, telling her: “I just felt the need to say my piece in the event something ever happens to me – God forbid.

“I know I am not the only rider with these issues. I am not trying to big note myself but to cover all bases for whatever transpires,” added Mr Frewen, who had set up the Drive Safe, Pass Wide page on Facebook to highlight the problem.

Earlier that year, he had been scathing of the attitude of Queensland Police when it came to taking action against motorists in his description of a close pass video posted to YouTube which we published as part of our Near Miss of the Day series.

> Near Miss of the Day 79: Kia skims Aussie rider at speed

Referring to the state’s law requiring drivers to allow at least 1 metre when passing a cyclist in a 60km/h or less speed zone, or 1.5 metres where the speed limit is over 60km/h, he said: “After 4 years. This is still happening to riders in Qld. The police have no excuses for not issuing infringements in what could so easily end someone's life … Near miss after near miss. What the hell is wrong with people?”

He added that police had given him “a litany of excuses for poor driving around vulnerable road users – effectively excusing the behaviour of the drivers.”

According to News.com.au, Taylor’s defence lawyers had done “everything they could” to ensure he attended court today, but to no avail.

His non-appearance denied Mr Frewer’s widow, Catherine, with whom he had three children, to read out a victim impact statement in front of Taylor.

Emily Billiau of Cycle Law, which is representing the family, said: “Today has not brought closure to the criminal proceedings sought by Cameron’s family, and a long road is still ahead for his wife and three children who have tragically lost their husband and father.

“We support tough penalties, especially where it has resulted in the loss of life in circumstances like this, or a permanent disablement.

“Police have a very important role in ensuring safety on our roads, but they are limited to enforcing the road rules and initiating criminal proceedings within the confines of these laws.

“Cameron’s family has a difficult path ahead of them with financial considerations and the like and may have to turn to other avenues for justice and compensation,” she added.