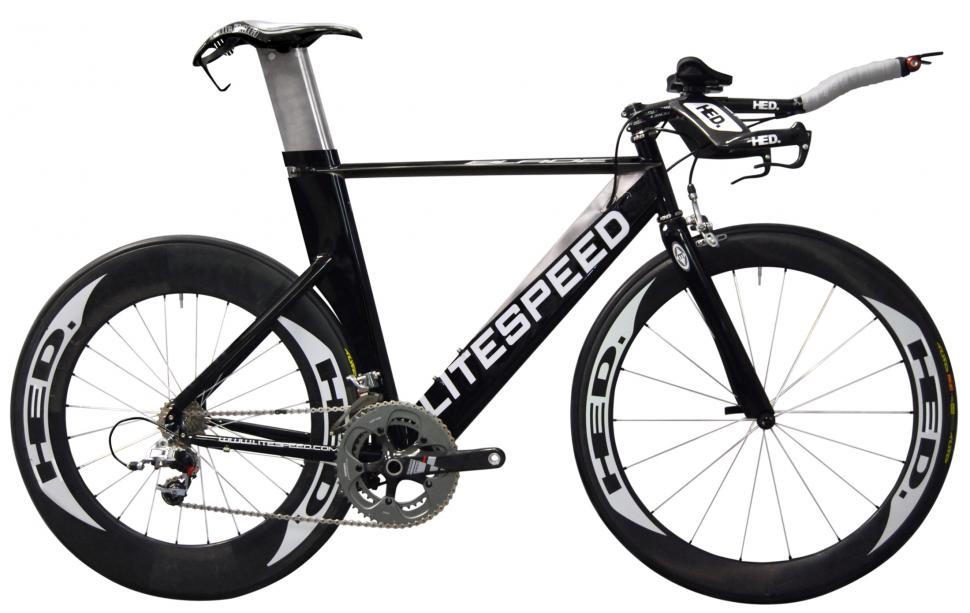 Build the World's most expensive bike 2: We have a winner!

Stu Field takes the gong, and the road.cc jersey (plus possibly some other stuff too) for coming up with a bike build that added up to £25,317. We had some runners up too or as Lance Armstrong would no doubt have it if he was judging this: first, second, and third losers… actually their builds ran Stu very close. When we looked at the build lists, if you pull the best bits of each together an even more expensive build than Stu's would be possible.

We've attached Stu's build list*** and ones from Schmiken and Worldofbikes. Schmiken was the first to smash the £20k barrier and Stefan at worldofbikes got to £21,000 using only off the shelf products.

Rules of the compo were that the build had to work, (all the bits needed to be compatibile) and it had to work as a time trial or triathlon mount – there is some very fancy ultra-lightweight kit out there (and on some of these builds) but if you were using it on your Blade it had to be applicable to a time trial build.

Some components cropped up again and again in the builds we saw everyone agreeing that if you are going to build yourself a super-expensive bike you would probably need one of the following:

A Lightweight rear mech – a trifle at £799 from Wiggle

SRM Ergometer - also courtesy of Poshbikes (some people, well me, also went for a built in PowerMETER in the rear wheel – hey, you can never have too much back up when it comes to performance measurment).

Zipp Vuka aero bars featured in a number of builds – including Stu's – again, what price aero excellence at a mere £600 and they come with a satisfyingly expensive list of add-ons including elbow pads at £20 and shifters at £200

3T Ventus 'bars were also popular, scout around and you could have a pair for £600, but that would have been a schoolboy error because these integrated babies come with brake levers and a stem

Stu matched his Vuka's up to a Zipp carbon stem – a steal at £300 from Wiggle. Nice

Where our winner really scored was on the wheels he went for a set of Lew Racing's Custom Pro VT1s with full ceramic bearings in the US they'll set you back $15,534 – which at our compo exchange rate of £1.42 turns into £10,939.44 – which does sound a lot less. Oh, and Stu also found the most expensive tyres too, the Continental Olympic Tubulars at £125 a pop… if that isn't a rather tasteless pun when talking about such pricey rubbber. And he backed up his pick with evidence that even though these are track tubulars they are used by some pros on the road – not necessarily ones that win time trials though.

So what else could be used to get the price even higher? Well Chuffy pointed towards the Oval A9111 Jetstream Aero Bar for £2,608.68 at Peta Cycles (£2,399 at Winstanley's – but still reassuringly expensive nonetheless). Stu also came in with a late suggestion to push the price up still further – the splendid Brookes Swallow Limited Edition at £528 (only 999 of 'em – wonder how many cows that adds up to… but I digress). Not sure how aero that is, also not sure that they haven't already sold all 999. On the other hand more aero, and more expensive than the AX – Lightness Phoenix Custom saddle (a paltry £300) is the Selle SMP Carbon – list is £450 on this baby, it's available in lots of different colours… and it's good for your prostate. Result. So what about getting it built up? Well the team at Paligap are all out launching Litespeed's new affordable titanium frameset, the Xicon (more on that later) but we're not going to let this one lie, although Stu – we wouldn't count on them letting you ride it in your first evening 10 of the season. We'll ask mind…

* not dipped in gold and encrcusted with Svarowski elements or whatever

** also not dipped in gold and encrusted in etc etc

*** Stu's list is more of a website in it's own right than a list (not why he won btw) some people obviously have waaay too much time on their hands. Pie charts???!!!