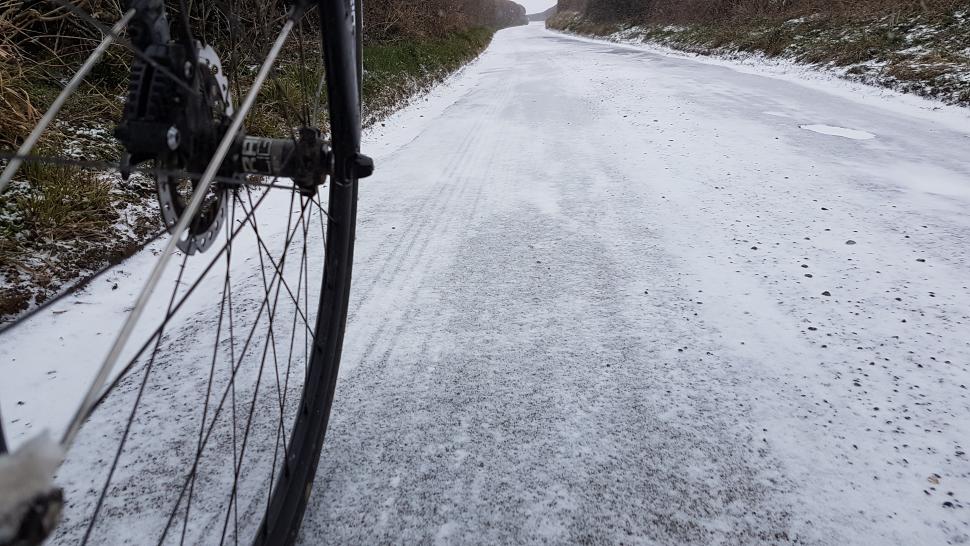 The University of Birmingham (UoB) is looking to use the Internet of Things to produce an ice warning system for cyclists and also to deliver new insights into winter cycling habits. The university is currently advertising for a PhD student to work on the project.

There were 1,826 ice-related cyclist admissions to hospitals in 2016/2017. The UoB believes this could be reduced by adapting its Wintersense sensors so that they can be used on a bike.

Wintersense sensors are wireless and use infrared technology to detect road surface temperatures. The data they collect is uploaded to the Wintersense cloud where it can be processed and accessed via a web app.

Because the sensors connect wirelessly, the university feels there is scope for them to be attached to bikes. A system could then be developed so that cyclists could receive information, as well as passively collecting and transmitting it.

“The sensor will connect, via an app, to the cyclists phone and issue audible warnings when an ice risk is present,” says the UoB. “By networking a number of units in the cloud, real-time thermal maps of current road conditions could be produced and relayed to other cyclists on the network, giving warnings of changing conditions ahead (in much the same way as heavy traffic is communicated to motorists via satellite navigation systems).”

It is pointed out that not all cyclists would need sensors – just the app. “This leads to other key components of the project which would investigate how to ensure engagement with the approach as well as policy implications such as liabilities, ownership, data sharing and privacy.”

The timeline for the project is for a modified version of the Wintersense sensor for use on a bike to be completed in year one, with an app and cloud solution developed in year two and data analysis with insights into winter cycling habits completed in year three.