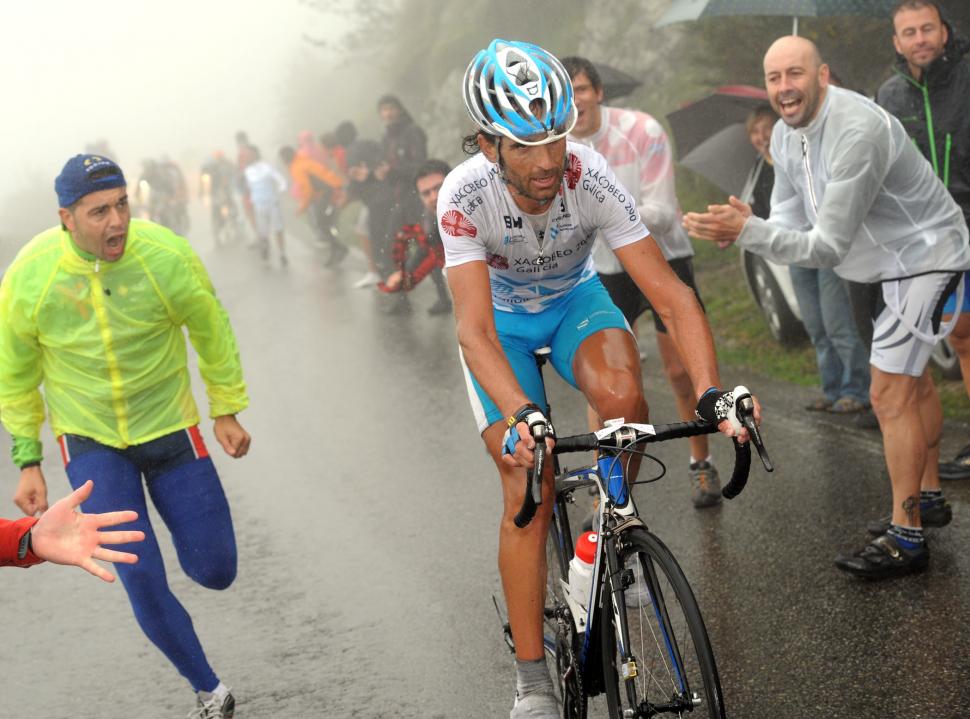 Vuelta runner-up Ezequiel Mosquera, who tested positive for hydroxyethyl starch during this year's race, has denied press reports in Spain claiming that he has been absolved of doping by the World Anti Doping Agency (WADA).

The substance is not in itself banned but is monitored by WADA since it can be used as a diuretic to help mask the presence of substances such as EPO, and findings of intravenous use can be used as evidence of doping.

News of the Xacobeo-Galicia rider’s adverse analytical finding for the substance broke on 30 September, more than a week after the Vuelta ended and the same day it was revealed that Alberto Contador had failed a drugs test for clenbuterol during the Tour de France.

Spanish news sources, led by Galician newspaper the Faro de Vigo, claimed yesterday that WADA had advised Mosquera that there was no evidence of him having used performance enhancing substances but in a message on Facebook the rider, while welcoming the news, denied that the agency has been in contact with him.

For the moment, therefore, Mosquera’s future continues to hang in the balance, and the Faro de Vigo reports that with the Spanish authorities currently under the spotlight when it comes to fighting doping, the 34-year-old may face difficulty in being given the benefit of the doubt.

With the Xacobeo-Galicia team dissolved at the end of the 2010 season, in September he signed a two-year contract with the Netherlands-based Vacansoleil squad. The Dutch team is currently ranked 12th in the UCI’s sporting hierarchy, published earlier this week, which should assure it of ProTeam status for 2011.

That ranking was achieved after Vancansoleil voluntarily excluded any points that Mosquera would have contributed towards it as a result of his performances over the past two seasons.

Team manager Daan Luijkx explained: “We feel very strongly in regards to the situation and believe it is inappropriate to use Mosquera's points.

“We think it only fair to the other teams and supporters to exclude the Spanish rider's points for 2011. The loss of his points have had no influence on the steps that will be taken once the results of the pending investigation are finalised.

“Only then will we be able to make a decision on the future of the rider. We are confident the authorities will deal with this appropriately.”