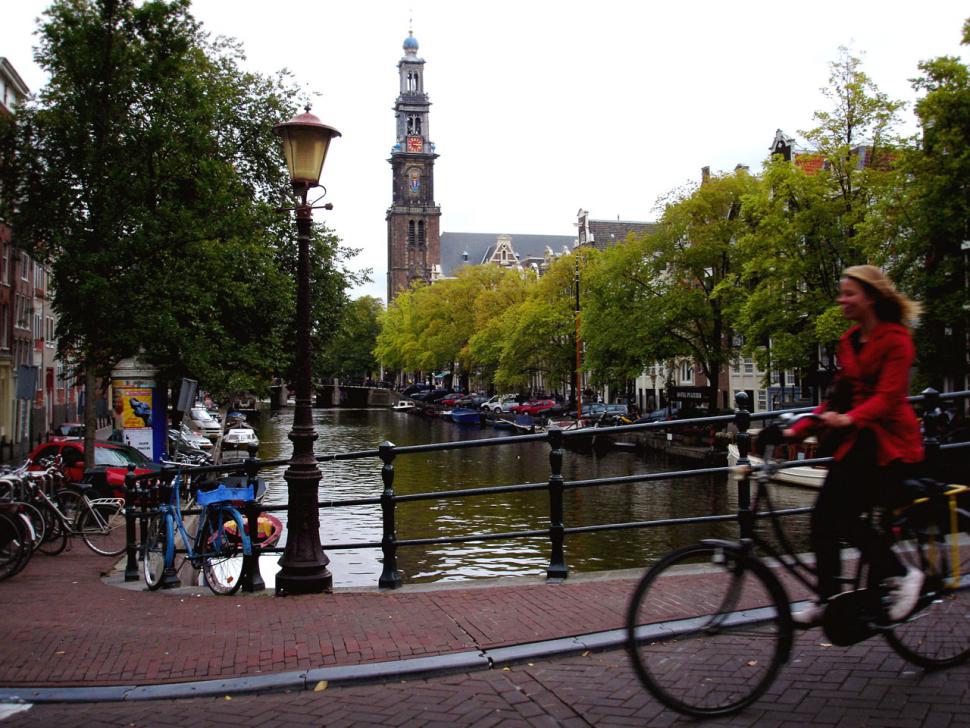 Wear a helmet in Holland? Have you gone completely German?

We’re fairly confident that the Wall Street Journal and the Chorley Citizen have never before been jointly cited as source material for a cycling (or any other type of) story, so here’s a road.cc and world first.

Both publications have run items about cycling helmets in the past couple of days and when considered together, they provide a telling insight into the gulf between Britain’s cycling culture and that of our near neighbours, the Dutch.

In the Wall Street Journal, a report reveals that cycling is so ingrained in the culture of the Netherlands and is considered such a natural, everyday activity, that almost nobody (just 0.01% of cyclists) wears a helmet.

The Chorley Citizen, meanwhile, carries a story about how police in the Lancashire village of Coppull have handed out special goodie packs to kids for wearing helmets and generally behaving like responsible road users. This, of course, is because cycling is considered a dangerous activity in Britain and the wearing of equipment to protect against injury and death is to be strongly encouraged.

Granted, Britain is not Holland, where a pan flat landscape has historically contributed to the emergence of a culture in which the bike is central to almost everyone's personal transportation arrangements.

We have hills, which as well as discouraging some from cycling altogether, also mean that even your granny on an ancient Sturmey Archer-equipped Raleigh can find herself hurtling downhill at, literally, break-neck speed before she can say “flesh-coloured compression stockings.”

But now, reports the Journal, it seems that the authorities in the Dutch province of Zeeland have raised their be-helmeted bonces above the dyke and uttered a radical call for children to wear protective headgear.

The reason this is viewed as a controversial thing to do in Holland is precisely because cycling is considered to be so safe there. For the Dutch, it seems, even to suggest by implication that cycling is dangerous is seen as a form of unpatriotic heresy.

The newspaper quotes the splendidly named Floor Van Lamoen, a councillor in the town of Goes, who has been advocating helmet use since he suffered a concussion in 2008 car-dooring incident. "People look at you funny," he told the ‘paper, adding that several people have yelled, "We're not in Germany," when they’ve seen him wearing a helmet. It’s as if the very act of wearing head protection is an affront to all right-thinking Dutch folk.

Whatever the rights and wrongs of helmet-wearing, it’s a level of acceptance of cycling that we in Britain can only dream about, as is the following Dutch cycling statistic tweeted yesterday by Amsterdamize. The tweeter said: "an Amsterdam cyclist will, on average, die from a cycling-related incident once per 63,368 years."

No wonder then, that most Dutch people feel that helmets are more suited to Alpine pistes rather than to their enviably bike-dominated town and cities.