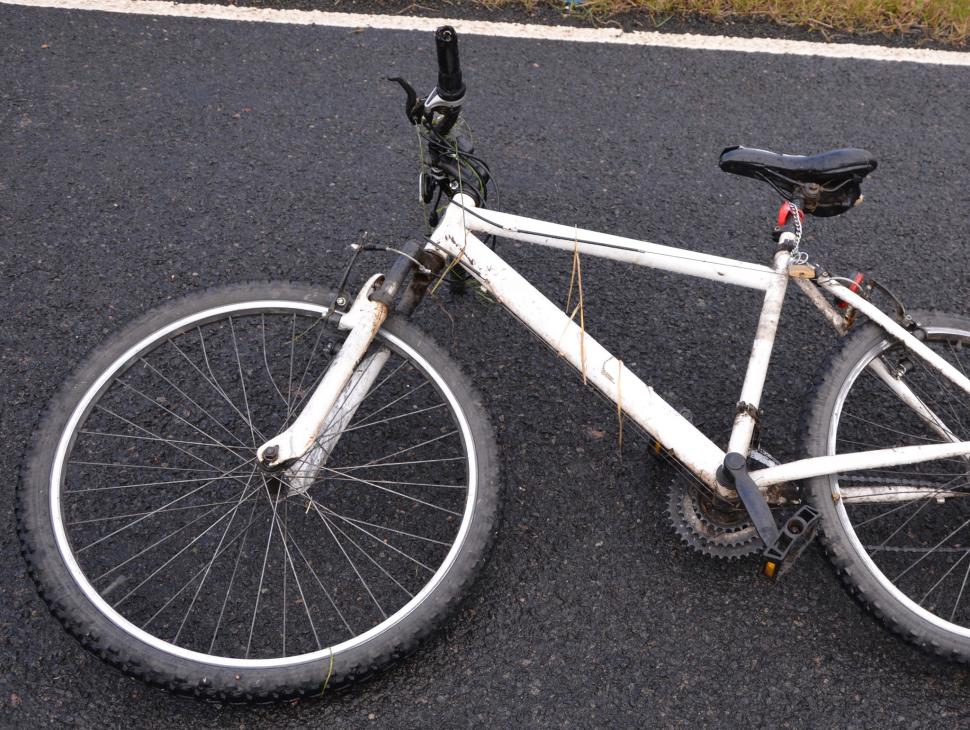 Release description and photo of his bike
by Alex Bowden

Police are working to identity a cyclist who has been left in critical condition following a collision with a van north of Cupar in Fife.

Fife Today reports that the incident took place on the A913 between Cupar and the Parbroath crossroads just before 6.45am on Thursday.

The cyclist was taken to Ninewells Hospital in Dundee where he remains in a critical condition.

The cyclist, who is thought to be in his forties, had no identification on him and despite extensive enquiries has still not been identified. It is believed he could have links to Cupar and that he may have been in Perth on Wednesday September 25.

Sergeant Nicola Young from the Fife Road Policing Unit said: “The man is described as white, has a brown, greying short beard and has brown/sandy coloured hair.

“He was wearing a black fleece with a yellow collar that had an embroidered National Geographic crest logo on the left. He was also wearing black dress trousers and white Nike shoes. He was riding a mountain bike with a white frame.

“I would urge anyone who recognises the description of the man to get in touch with us. If you have information, no matter how small you think it may be, please call us on 101 quoting incident 462 of 26 September.”