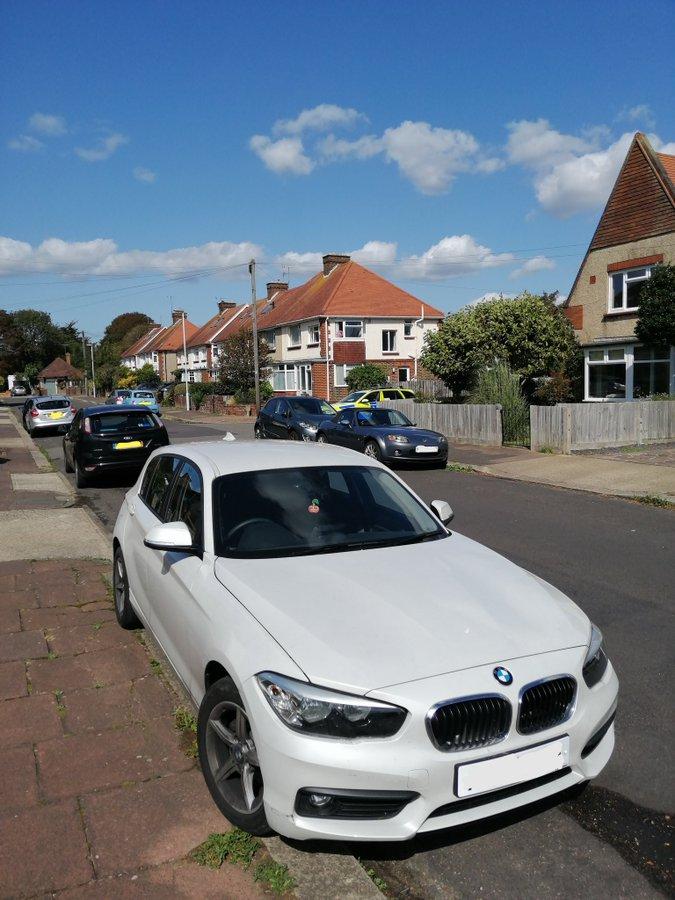 Car owner asks if incident in Worthing last week wasn't recorded on Strava, did it happen?...
by Simon_MacMichael

Three youths suspected of stealing a BMW car in Worthing last week were arrested after a police officer set off after them on his bike.

The incident in the West Sussex seaside town happened last Wednesday afternoon when the officer spotted the car which had been reported stolen earlier that day, reports The Argus.

After a short pursuit, by a colleague on a pedal cycle, this stolen BMW was recovered and suspects in custody. Great pedalling! #worthingpolice #PCSO @SussexRoadsPol pic.twitter.com/n2lVJkYlxt

In reply, Chief Superintendent Jane Derrick commented: “A case of fast and furious cycling by the sounds of it.”

One user of the social network intimated that the officer might have been riding one of the force’s electric bikes, but in reply, PC McArthur said “The only 'e' involved by the rider was exceptional!”

The owner of the car expressed her thanks to the officer on Twitter – but wondered whether, if it hadn’t been recorded on Strava, the ride had actually happened?

Did you get it on Strava? You know the saying....... if it’s not on Strava it didn’t happen!! @SussexRoadsPol @slurpinpig

I really appreciate you rescuing my car though! Thank you so much, I owe you!

A spokeswoman for Sussex Police said: “Three people were arrested after a car stolen in Worthing on Wednesday was located in the town a short while later.

“The white BMW 116C had been reported stolen at 10.47am and logged by automatic number plate recognition cameras between 11.39am and 1.34pm, before crashing in Twitten Way just after 1.30pm.

“The occupants decamped but, with the assistance of local people, were arrested nearby by officers a short time later.

“Another 17-year-old boy from Worthing was arrested on suspicion of theft of a motor vehicle and driving whilst disqualified.

“A 17-year-old girl from Worthing was arrested on suspicion of theft of a motor vehicle,” she added.

“All remained in custody at 5.45pm on Wednesday.”