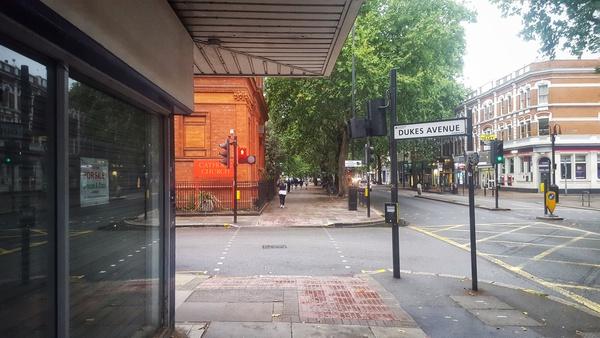 The London Borough of Hounslow’s cabinet last night approved the amended proposals for Cycleway 9, which will now move to the detailed design phase.

The route has been opposed by Conservative councillors representing wards in Chiswick in the west of the borough, which resulted in Transport for London making some changes to the original design.

News that the Labour-controlled councillor’s cabinet had given the green light to the project was welcomed by cycle campaigners and by London’s walking and cycling commissioner, Will Norman.

Absolutely delighted to let everyone know that tonight @LBofHounslow cabinet gave unanimous support for Cycleway 9. A huge thank you to everyone who worked and campaigned so hard. I can’t wait for this to be built - improving walking & cycling in west London

Ahead of the meeting, the broadcaster Jeremy Vine, who lives in Chiswick, posted a video online urging councillors to support the proposals.

Brill video from @theJeremyVine on why @LBofHounslow must crack on & approve #Cycleway #CW9 tonight & not listen to those who don't want kids cycling safely, do seem to want pollution, collisions, inactivity, climate change. Good luck at meeting tonight @HounslowCycling & all... https://t.co/yUEanO0CqX

Cycleway 9 will run from Kensington Olympia to Brentford, with a second phase planned to extend it westwards to Hounslow.

At its eastern boundary, it will stop at the boundary between Hammersmith & Fulham and the Royal Borough of Kensington & Chelsea – the latter opposing a segregated cycle lane on Kensington High Street, just as it has done with Holland Park Avenue further north in the borough.

That means that it will not link up with Cycleway 3, which would have provided a continuous segregated cycle route from Brentford to Tower Hill.