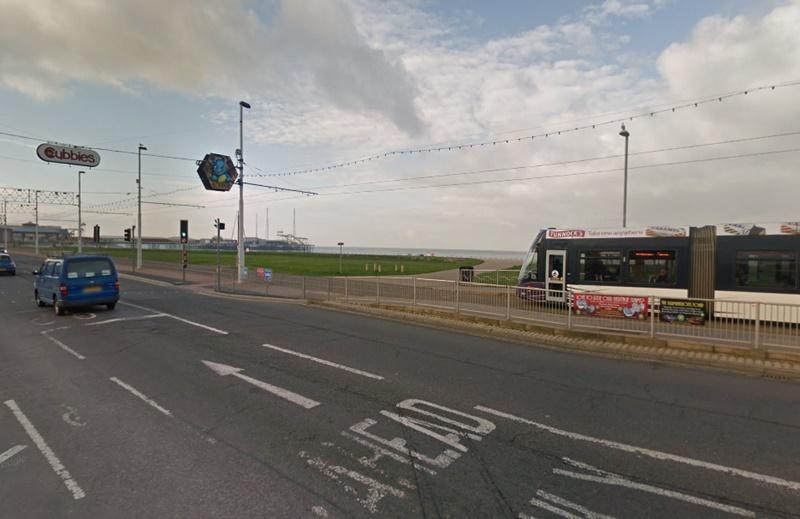 A 14-year-old boy has undergone surgery after becoming trapped under a tram during Ride the Lights in Blackpool on Tuesday night.

Ride the Lights is an annual free bike ride along Blackpool Promenade from Starr Gate at South Shore to Red Bank Road in Bispham.

The road is shut to motor vehicles so that families can cycle through the Illuminations. However, ahead of this year's event, which ran from 7pm to 10pm, police and tourism chiefs warned that cyclists should "be aware that the tramway will be operation".

The Blackpool Gazette reports that the boy was riding along the tramway which runs adjacent to the Promenade when he was involved in a collision with a Bombardier tram.

A North West Ambulance Service spokesperson said: "We were called out at 9.46 last night to the Promenade in Blackpool.

"We deployed a number of resources, including an ambulance, two rapid response units and a senior clinician. The air ambulance was not deployed.

"One patient, a male in his mid-teens, was treated at the scene before being taken by ambulance to Alder Hey Children's Hospital.

"He has suffered multiple injuries, including significant leg injuries. He has been admitted to the major trauma ward in a critical condition.

"The boy was taken to hospital around 30 minutes after the first services arrived at the scene."

It has since been reported that the boy has undergone surgery.

A joint investigation between Lancashire Police and the Rail Accident Investigation Branch (RAIB) is now underway.

A police spokesman said: "We are appealing for information after a young cyclist suffered serious injuries in a collision in Blackpool.”

Sergeant Steve Hardman added: "Our thoughts first and foremost, are with the teenage boy who is seriously injured in hospital. We are working to establish exactly what happened and would appeal for the public’s help.

"This happened on a particularly busy night for the resort, with thousands of cyclists taking part in the ‘Ride the Lights’ event.

"We also know that there were a lot of spectators in the area. If you took any videos of the event, which may capture the collision, or were taking part and wearing a head cam, please check your footage and get in touch if you can help."

CCTV footage captured from the cab of the tram involved is expected to play a key role in the investigation. The tram itself has already been inspected by engineers and declared safe.

Jane Cole, the managing director at Blackpool Transport, said: "First and foremost, our thoughts are with the boy and his family. On behalf of Blackpool Transport, I would like to send him our best wishes and also our thanks to all the emergency services who assisted."

Cole said Blackpool Transport would co-operate "fully" with the investigation "to understand how the incident happened and if it could have been prevented in any way".

Council leader Simon Blackburn said: "We will be giving our full co-operation to the investigation ... to determine the circumstances surrounding the accident.

"Ride The Lights is a long-standing event, organised with a meticulous degree of planning to ensure all of the participants can enjoy a safe, car-free environment."

Once the investigation is complete, a decision will be taken on whether or not trams will run at next year's Ride The Lights.